The other day, TV columnist Brian Lowry decided to take a break from his normal job of reviewing shows and making observations about the state of television and instead rant about how much he prefers looking at a pretty lady tell cute jokes to listening to her swear and make “dirty” jokes. In his article about Sarah Silverman’s new Comedy Central special, We Are Miracles, he for some reason forgot to talk very much about the actual special and instead spent 500 words crying about a world where women “try to be as funny as men” by telling jokes that he finds inappropriate. 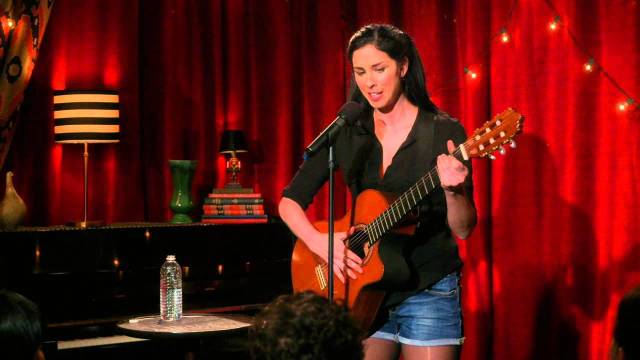 I’m not exactly sure why Lowry thinks that he’s in a position to be offering a comedian of Silverman’s stature this kind of patronizing advice. Perhaps he thinks that his career writing about television has left him more knowledgeable about comedy than someone who has more than twenty years experience as a stand-up comedian and actress. Or perhaps he thinks that he knows better simply because he is a man and she is a woman. If only poor Sarah Silverman had heard Lowry’s advice earlier in her career. Then she could have avoided her critically acclaimed standup movie, years spent as a featured player on SNL and Mr. Show, three years as the star of her own eponymous show, an Emmy nomination and an Emmy win, roles in movies like School of Rock, Rent and Wreck-It Ralph and a spot as one of the most well-known and successful female comedians of the 21st century.

It’s also a shame that other female comedians who tried to be “as dirty as the guys” weren’t able to hear this advice at the beginnings of their careers. I mean, imagine if Joan Rivers had been able to clean up her act early on, maybe she would even have a TV show at the age of 80 and be considered one of the greatest stand-up artists of all-time. If Roseanne Barr had only known, maybe she could have had a nearly decade-long tv show that won her both an Emmy and a Golden Globe. If only Melissa McCarthy had been able to heed this advice; maybe she would be the star of a successful TV show, multiple blockbuster movies and an Emmy winner and Oscar nominee. 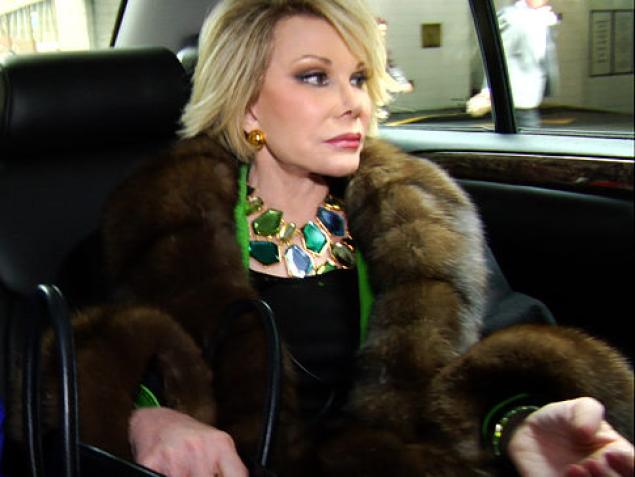 Now, just because I’m defending these women’s right to make crude jokes doesn’t mean I’m a fan of theirs personally. Many of the most popular female comedians achieved their success on the backs of misogynist, transmisogynist and racist jokes. Super successful comedians like Chelsea Handler, Roseanne and McCarthy have long histories of making fun of trans women in their projects (and sometimes in their real lives.) But where this kind of humor might turn many women off, this kind of anti-woman humor usually helps to endear these comedians with male crowds. It makes them seem like they’re “one of the guys,” like they’re “cool girls” who can relate to dude humor. Apparently this endearment isn’t enough, though, if the same comics acknowledge the existence of tampons.

For as often as I hear men complain about women making period or poop jokes or swearing too much, I never hear them complain when women make jokes at the expense of other women’s appearances or behavior. I wonder if there’s a reason for this? Perhaps something to do with sexism? Men who say things like this think that they want a woman who is tough and dirty, who isn’t “prissy” like “those other girls,” but as soon as she talks about her own body, they run for the hills. They really just want a woman who will prop up their own manhood by talking about how they’re not like “other girls” and how in fact, those other girls are stupid or ugly or bad.

Talking about whether or not women are as funny as men is one of the most boring conversations you can have. So have we moved on to talk about which kinds of comedy women should be allowed to do? Sex jokes, poop jokes and jokes about normally taboo subjects like rape, abortion and racism are for some strange reason considered to be “male humor.” When a woman makes these kinds of jokes, she’s “trying to be one of the guys.” Who do straight men think that they’re having sex with? What do men think women do in the bathroom? Do they think that women don’t get raped, have abortions or notice racism? 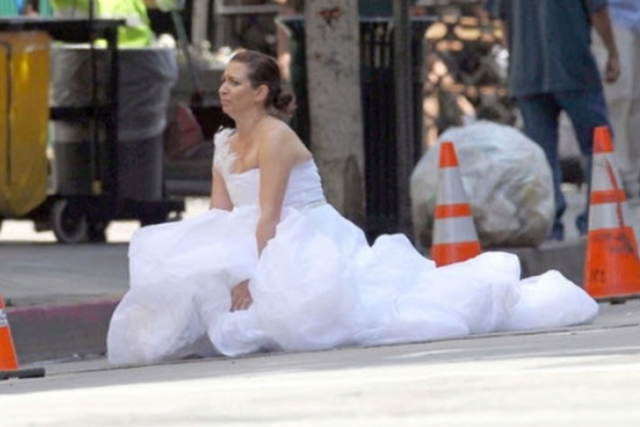 It’s as if Lowry has never heard a woman swear before. It’s strange how he thinks that it’s not okay for Sarah Silverman to make rape jokes, but he doesn’t seem to have a problem with them overall. As Beejoli Shah points out, Lowry often praises comedians like Louis CK who has one joke about masturbating during the September 11th attacks and another where he talks about the n-word while actually using that word in addition to other slurs. So it’s pretty clear that his problem isn’t with comedians who have a large repertoire of jokes that are meant to shock or even disgust their audiences, or who use observations about bodily realities or repulsive parts of human nature for comedic value. He seems to have a problem with someone who looks like Sarah Silverman doing it. Surely there are other comics who more heavily rely on “dirty” and “shock” humor. Why isn’t Lowry writing about how Daniel Tosh or Matt Stone and Trey Parker will never find mainstream success?

It’s a strange world where men think that “dirty jokes” belong squarely in their realm, yet the jokes they are most disgusted by are ones that women tell about their own bodily functions. It’s time for critics like Lowry to grow up and realize that they aren’t in charge of what kind of jokes women want to tell. It might also be time to ask people like Lowry why they’re so concerned with jokes about poop but don’t seem fazed by jokes that are racist, homophobic, cissexist, ableist — jokes that rely on things that are ACTUALLY gross. Lowry finishes his article by saying how sad it would be if Silverman never breaks out of doing “Comedy Central roasts and the occasional special” but he’s worried that “that’s about as much mileage as can be expected from her act as presently constituted.” The inaccuracy of this statement would be concerning if it weren’t so funny. If Sarah Silverman wants to tell “dirty” and “inappropriate” jokes, it doesn’t mean she’s “trying to be as dirty as the guys;” it just means she’s trying to be as dirty as herself  — and succeeding because of it.