When it happens you will know. 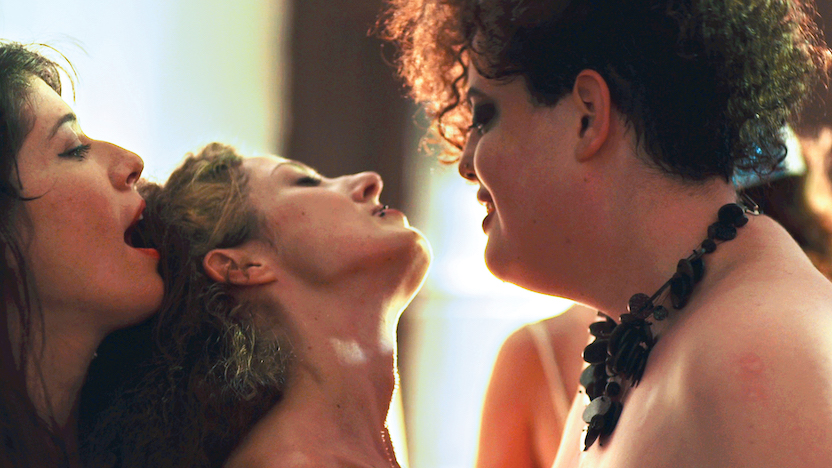 On the right: Disturbia Rocío as Agustina

It begins with Agustina coming home to Argentina from a trip to Antarctica. Her girlfriend, Viole, welcomes her home by fucking her again and again and again.

During a bar fight with some homophobes, the couple meets a third poly lesbian and they set off on a road trip. They add more and more queers to their van, each new addition leading to a new sex scene.

There’s little actual drama, but what does take place is handled subtly and pointedly. Minor jealousies, scars from the past, men who need to be put in their place. The characters feel fully developed by these small moments and knowing who these people are makes the sex all the more enjoyable to watch.

There’s a tenderness in the sex and in the moments in between. This group of queers form their own traveling commune, taking care of each other, loving each other and on each other, suggesting an alternative to cisheteropatriarchy. But the tenderness of emotion does not mean a softness to the sex. In fact, a large amount of the sex, especially in the second half, is kink-focused.

The ease that this group, and the film, has to inclusivity is also a pleasure to watch. There’s a wide range of body types, gender presentations, and sexual proclivities. They even pick up a trans woman along the way who’s transness is never addressed, Viole focusing instead on the sexy way she rolls her R’s.