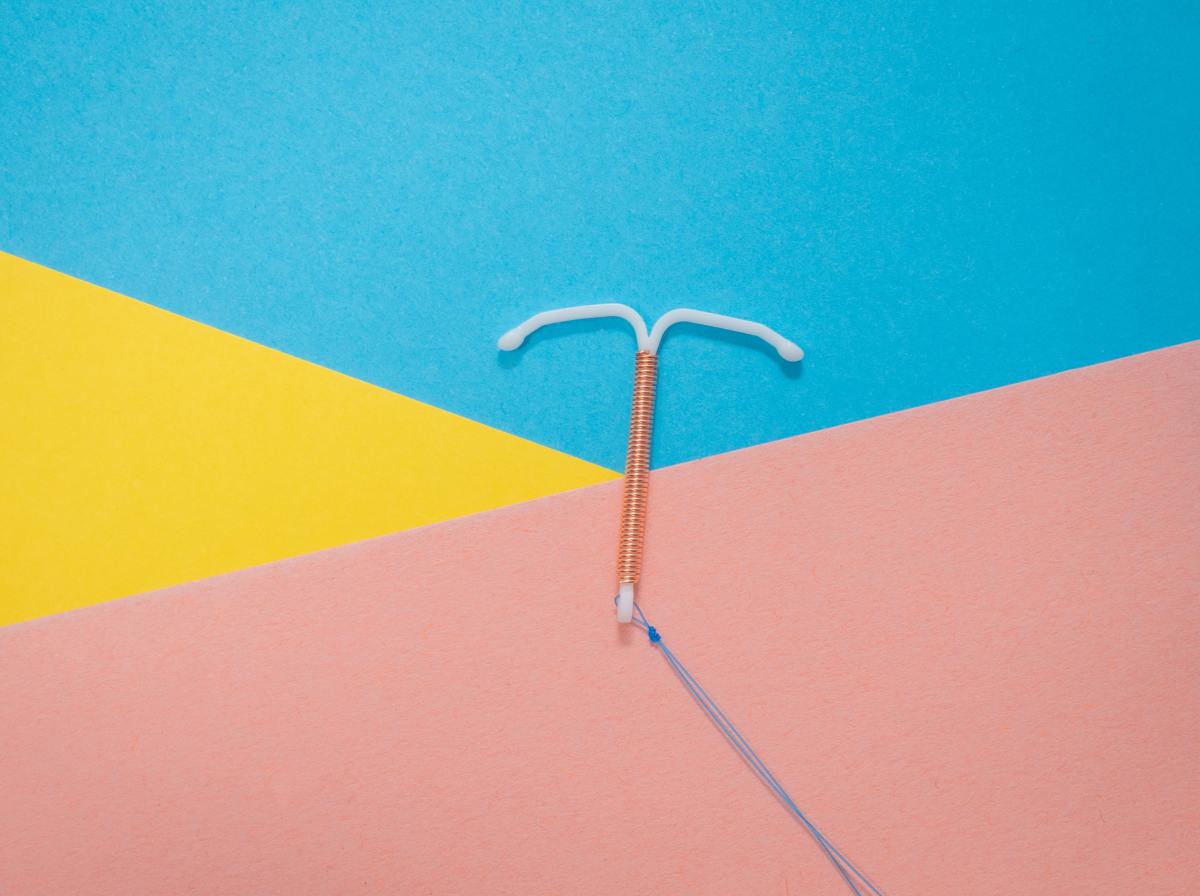 I’m a worrier, always have been. I overprepare for everything —I was even born a week early. As I’ve grown older and into my identities of being fat, Black, queer, nonbinary, and femme — I’ve learned that over-preparation is essential to my survival. After a pregnancy scare during graduate school, I threw myself into researching something more guaranteed than condoms. With school rapidly consuming my life, I needed something I didn’t have to constantly check in on; I wanted the Crockpot of birth control.

A friend of mine had told me about how much she loved her IUD, so I looked into it. I was hooked by the promise of long-lasting birth control with minimal maintenance. The procedure sounded simple enough: a doctor would insert a little hunk of plastic into my uterus, and five years later, I’d get it removed. Easy! At least, easier than reckoning with my lifelong needle phobia for the quarterly Depo-Provera shot, or the other popular long-lasting birth control Nexplanon, a matchstick-sized item fired into my arm, only to be cut out of me three years later. IUDs were the clear choice. 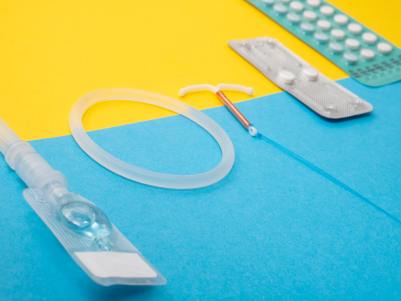 Although my decision was clear, I still agonized over IUD horror stories — perforated uteri, risks of the device expelling, and even becoming pregnant anyway — but the Mirena offered to stop my period altogether. I couldn’t pass it up. For years, menstruation fucked with my mental health and sense of self. Despite being terrified of the pain, I made an appointment to have an IUD placed. Anxiety coiled in my belly thinking of what could go wrong and was worsened by gynecological resources constantly tying birth control to cis womanhood and ignoring non-women like me. I tried finding better sources, but they were all by white, middle-class, cis women. I felt like an anomaly.

I considered skipping my appointment, but I couldn’t handle the threat of pregnancy again, so I went. The insertion itself was pretty standard. They measured my uterus’ depth, and an intense full-body cramp cracked through me. When they replaced the measuring tool with the IUD applicator, I was still too focused on the initial pain of measurement to feel the hurt of insertion — maybe that’s a small mercy. Afterward, the nurse gave me a pad big enough to ride home on. Back at my apartment, I crawled into bed, my poor uterus whimpering.

My periods never fully disappeared, but they did lighten significantly. Aside from checking the strings to ensure my IUD hadn’t rocketed out, I didn’t have any issues or think much about the small device inside me. By the time my T-shaped comrade’s expiration date arrived, I’d finished grad school, moved cities, and entered a new age bracket. With my periods becoming more irregular, I started researching replacements. The procedure was so simple that some go-getters had theirs replaced on their lunch breaks. I figured it couldn’t be any worse than the original placement, and I scheduled an appointment with Planned Parenthood. I’d never been to one before, and when I pulled up to the building a few weeks later, I wasn’t sure what to expect. I just knew I wanted the experience to be quick.

Thankfully, everybody at Planned Parenthood was so fucking nice. It was as good of an experience you can have when pulling out your vulva for strangers. I sent last-minute texts to friends letting them know I’d see them on the other side, and the nurse cranked me wide open with the tiny jaws of life. He grasped my IUD’s strings with forceps and pulled; I felt one dull cramp, then another. With the third cramp, he said, “It seems your IUD’s embedded. I’m not comfortable removing it because of the risks of infertility.”

Granted, I was there to become temporarily infertile — or at least temporarily hostile — but I appreciated his concern for my terrible, terrible womb. I rescheduled with the Planned Parenthood across town, where I was told they’d slather me with ultrasound jelly and guide out the device. I went home and worried I’d somehow caused this by not being careful enough. I scoured the internet for information on what to expect, but everything was either polysyllabic Latin or irrelevant, cheery articles, making me feel even worse. I just wanted someone to explain what would happen and provide reassurance that it wasn’t my fault. 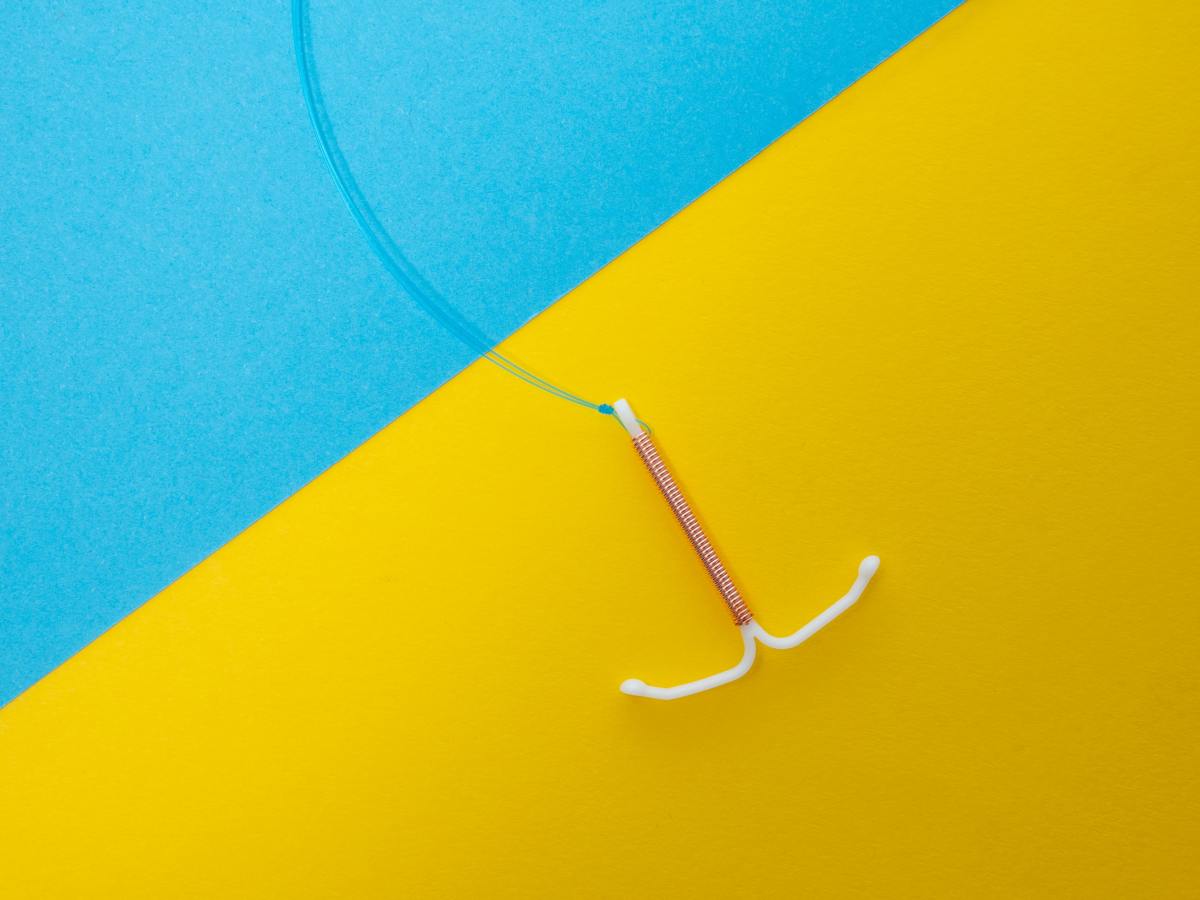 The night before my appointment, I was barely holding it together. Terrified at what could go wrong, I stayed up late trying to decipher complicated medical articles. When morning arrived, I was sleep-deprived and cranky getting into my Uber. We drove up to the building where a small group of protesters patrolled the sidewalks, demanding people like me be forced to carry children we didn’t want — they immediately cemented my decision to replace my IUD.

I checked in with the front desk, and after what felt like hours, a nurse called my name. We headed to the exam room where I laid on the table and of course, worried. What if they couldn’t remove my IUD and I’d have to spend the rest of my life carrying around this grim passenger? The gynecologist arrived, doing her best to put me at ease while reminding me to open my legs wider. She tugged on my IUD, but it held firm. “We’re going to give you some lidocaine,” she said, her smile pleasant. My heartbeat skyrocketed to rates you’d expect in someone being hunted for sport. I nodded weakly, preparing myself for needle horror, but it was just three tiny pinpricks, comparable to a mild period cramp. Soon, I felt absolutely nothing. They could’ve held a block party in there and I’d have no idea — it was incredible.

The gynecologist coated my FUPA with lukewarm ultrasound jelly; I could see my raggedy IUD on-screen, mocking me. While the gyno tried to wiggle out the device, she seemed to forget I was even in the room; it was just her and my uterus, locked in a battle of wits. I was window-dressing at best. That worked for me; the longer it took to remove my IUD, the more my dysphoria built. I felt invaded and on display. It took everything just to focus on breathing. She asked if I’d be comfortable if she applied more pressure, i.e. put her back into it; I gave a limp thumbs up. With some experimental angles, out popped my hormonal nemesis, gleaming underneath the hospital’s lights. “Would you like to replace your IUD?” the doctor asked. “It’s unlikely it’d embed again.” I paused, looking at the unopened Liletta box in her hands.

Even with the risk of repeating this entire process, nothing could ever be as painful as sitting alone and crying myself hoarse while waiting for the result of a pregnancy test. I didn’t want to be guilted into pregnancy by white evangelicals who’d destroy my child once they were old enough to be considered a threat. I said yes to replacing my IUD. I’m still a worrier but birth control offers me survival on my terms, and in a country hellbent on killing me — I’m not giving that up any time soon.

Simone Person is a Black queer femme born and raised in the Midwest; you can find them at simoneperson.com.

Simone has written 2 articles for us.