When I founded this website in 2009 I had a few main ideas: I wanted to make women feel better about themselves, to normalize being weird, and to build a strong coalition of empowered, smart, hungry queer people armed with knowledge and confidence. I’d been blogging since 2006 and through my blog and recaps had discovered that there were actually thousands of people out there like me, but there weren’t any publications for us specifically. So instead we’d gathered around what was essentially my diary, and also around a popular L Word podcast.

The vision behind Autostraddle’s content was for us to have the breadth of topics covered by straight women and men in their magazines — not just politics or just pop culture. I wanted a place for people who wanted smart analysis and literary essays but also appreciated celebrity trash and hot girls in underpants. I wanted to make politics accessible. I wanted trendy design and swear words and relentless honesty and lots of jokes. I wanted to be visible — for all our writers to be real people who showed their faces online and shared their life stories and led readers to do the same. I wanted to de-stigmatize mental illness, and to talk openly about heartbreak and trauma and having ten million questions about life that nobody knew how to answer. I wanted people to feel less alone.

So much work has been done here and also outside of here to transform the world over the last 11 years that now it’s wild to think of anybody “like me” ever feeling alone. But back then, our work felt so alive and so new. Those interns in their tank tops and skinny jeans, avoiding phone calls from their homophobic parents, doing ukulele covers, gathering links about Prop 8 and Lady Gaga and Kate Moennig’s whereabouts. All those long nights and spilled drinks and betrayals and breakdowns and celebrations.

And despite my raging Imposter Syndrome and very intense insecurity, I have recently come to the conclusion that I think we did it? I think I did more or less what I set out to do. I think I’ve taken us as far as I can. When I look at the original Mission and Values I wrote for us so long ago, I feel peaceful and also ready for the next challenge, the next mission, a new vision. What I did was only a small fraction of the work that needs to be done. Autostraddle is ready for its next chapter, but I’m not the best person to write it.

When we hired a Deputy Editor last winter, the idea was that they would eventually replace me, but we weren’t really sure when. Then 2020 happened; an endlessly looping rollercoaster of tragedy and confusion daring all of us of to investigate our own places in the world — what we can do, what we shouldn’t, where we fit in. The past few weeks specifically have really thrown into sharp focus the importance of redistributing power as we head into what I believe may become one of our generation’s most dramatic and long-awaited reckonings. Under white supremacy, white leadership can be redundant, and it’s time for me to acknowledge that changing that, here, can’t wait.

This is about passing the mic, but it’s also about who is suited to shifting our vision and shaping the stories we tell. Issues most relevant to well-off white cis people have always been prioritized on the political docket, and queer culture has often been synonymous with white culture, a problem we’ve often perpetuated. We’ve evolved a lot over the years, and this past year specifically involved so much work towards a better Autostraddle: leadership training, racial equity training, restorative justice processes, internal re-organization.

This work is far from over, but it has proceeded far enough that I feel like what I’m handing over is not a mess to be cleaned up, but seeds to be planted and grown. I will be giving  those seeds to Kamala Puligandla and Carmen Phillips. 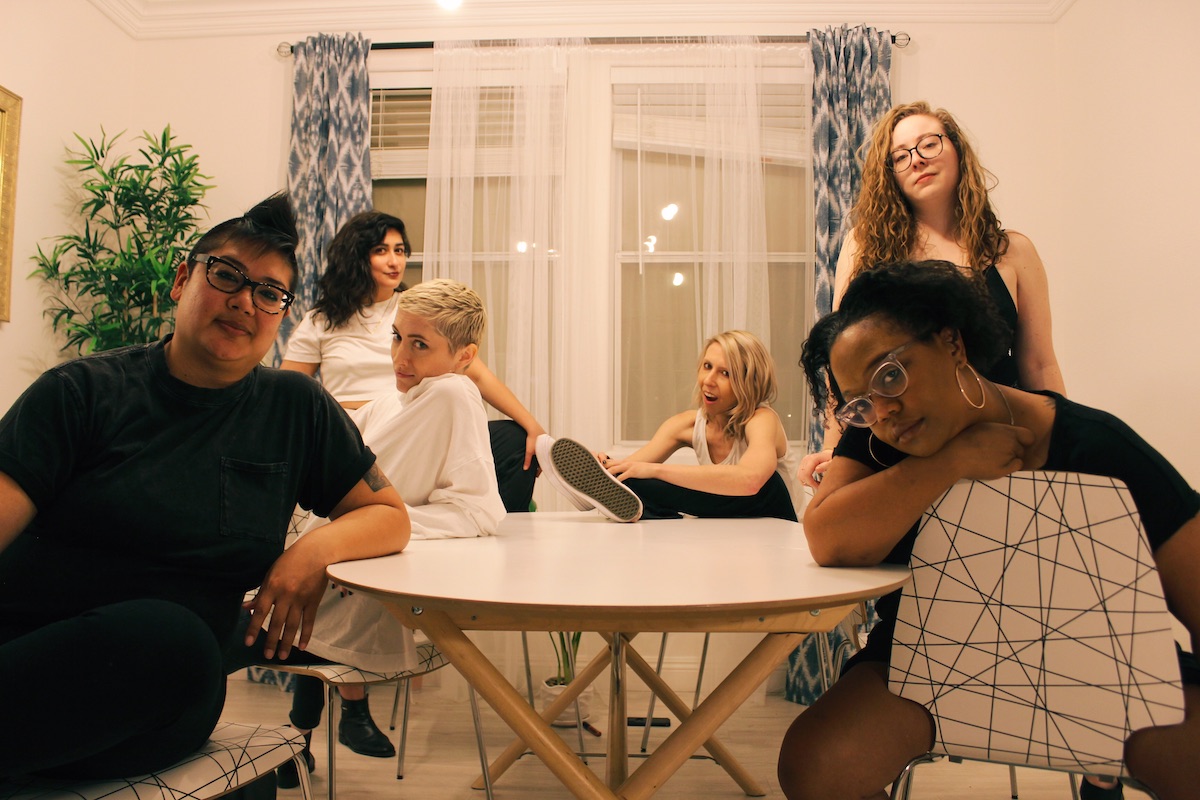 Kamala Puligandla will be taking the role of Editor-in-Chief. She has done so much already since joining us in December, including conceiving and manifesting the A+ Erotica series S L I C K and editing and curating essays for (our first ever) Asian Pacific Islander American Month Series. She’s seriously one of the best editors I have ever worked with. She’s also warm, kind, patient and chill as well as being wholly unafraid of telling me when I am being annoying or wrong! She’s adept at balancing major priorities and excels at delivering a cohesive vision. Kamala has the perspective we need for Autostraddle’s next stage of development.

Taking Kamala’s role of Deputy Editor will be our current Senior Editor, Carmen Phillips. As she often likes to joke, Carmen started in the comments and now she’s here. She has been a vital part of Autostraddle’s community long before she was hired as an Associate Editor in 2018, and a vital part of our success ever since. Her TV and film criticism has been widely lauded. Carmen is also very clearly a boss, and thrives when she can take ownership of a project or a team, reflected in the incredible work she’s done with Autostraddle’s QTPOC Speakeasy, the TV/Film Team and our last three Black History Month series; along with her facilitation of our recent racial justice trainings and collaboration of hiring processes for Kamala and our new contributors. She’s equally adept at cheerleading others as she is carrying the ball herself. Her passion for this community is evident in all that she does.

Soon Carmen and Kamala will be sharing their visions with you and then gamely sailing this ship into the strange uncertain waters of the present moment. And I think all of us will benefit from having an Editor-in-Chief who doesn’t have two other jobs at the same company!

None of our Editors started their jobs here with any experience running or building a publication. Over the years, the closest thing we had to a road map was the histories of other lesbian publications, mostly birthed in very different times than our own. Our path was informed by those legacies, but mostly we followed our guts. Do we change or refuse to change? What stories do we tell, how do we tell them? Do we want to trail this bandwagon or jump off it? How do we cope with this new competition or that new trend?

I was nostalgically perusing our yearbook last night and there’s a quote from Crystal about a pivotal conversation in the summer of 2010 that took place on my bed (because in New York City, your bed is basically your entire room), when a rival site had launched a column that mirrored one of our own, and we were feeling competitive about it. Then I decided just  to ditch ours and make something different. We could let them have it. We didn’t need it. We had other ideas. “Her instinct was right, per usual, because the next iteration of how we delivered news content was totally different and better than ever,” Crystal wrote. “That’s what Autostraddle does, and why it’s survived when others have not. It fights and perseveres through innovation and critical thought.”

Something clicked when I read that — about all this, about why my own internal process around this decision since making it a few weeks ago has been honestly pretty chill? Because I know — we all know, I think — that this is, and has been, our obvious next step, the only thing that feels anywhere close to right. Carmen and Kamala are brilliant and funny and inventive and so much more qualified than me to do this, now. This is what we’ve always done, how we’ve always survived, how we’ve kept up against some pretty formidable odds. This is how we go on.