Feature image of Chocolate Chip and Tastee Treasures in Crash Pad Series episode 182. All of the photographs in this NSFW Sunday are from the Crash Pad. The inclusion of a visual here should not be interpreted as an assertion of the model’s gender identity or sexual orientation. If you’re a photographer or model and think your work would be a good fit for NSFW Sunday, please email carolyn at autostraddle dot com. 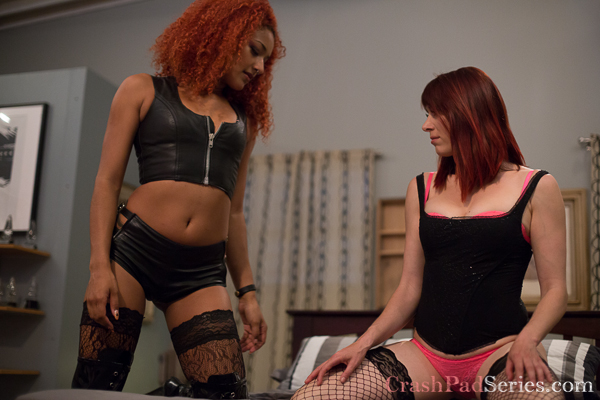 By now, I have my hand over her mouth. My arm is pressed up against the plaster wall; the paint is scratchy and the plaster is cold. The curves of her — hips, ass, ribs — against my body are warm.

‘And you’re going to do whatever I say.'” 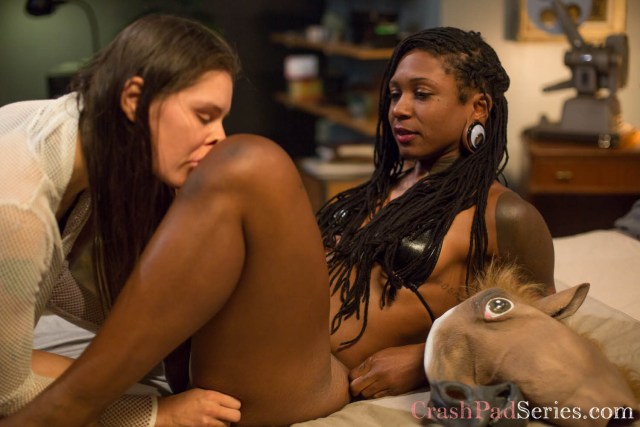 You can have a one-night stand without being an asshole! Stay safe, stay sober, tell a friend, have pure motives, and remember that it’s great to communicate about your wants and needs even if you’ll never see this person again:

Ask for what you want. Give feedback, make specific requests. People in relationships tend to have a harder time asking for what they want in the bedroom because they’re worried about the impact their requests might have on their partner or on the relationship. If you know this is just a casual thing, allow yourself to be vulnerable and ask for what you really want!” 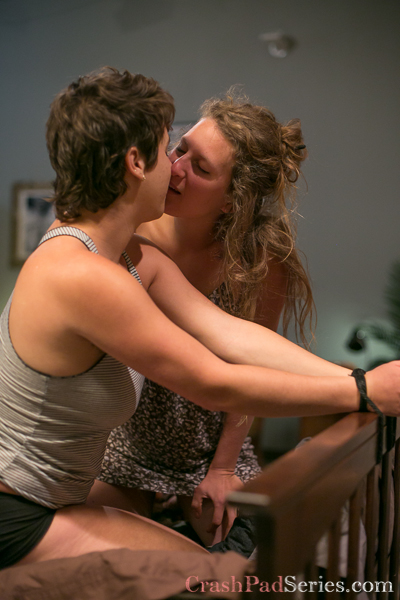 “The racial biases of dating sites have been commented on before, but only in terms of how they reflect or revealexisting social biases. Instead, might it be possible that there is a more complex ideological code written into the history of the connection between love and the digital world — a connection which was already biased in favor of what might even be seen as right-wing and patriarchal identarian politics,” writes Alfie Brown at the Los Angeles Review of Books on dating sites’ racial biases, online data, dangerous rise of eugenic ideas and more. “In the future of love technologies, for couples and groups of all sexualities, data-driven approaches that obscure the powerful politics of their logic should be replaced by systems that admit that their algorithms are implicated in politics — sexual and otherwise.”

Here’s what it’s like to have no sexual fantasies due to aphantasia.

Here are a few approaches to joining the mile high club.

Poly people get jealous sometimes. Here’s how to deal with it. 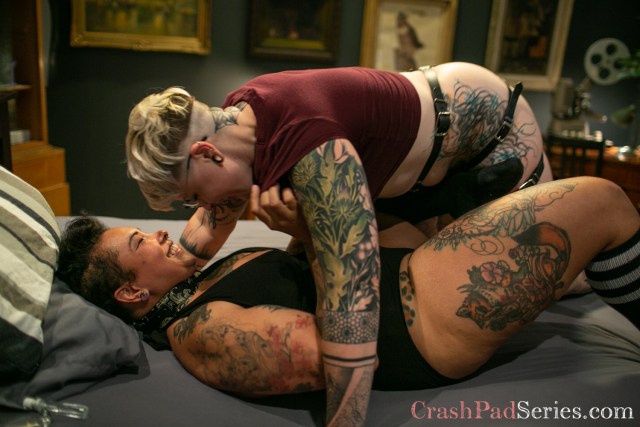 At the Los Angeles Review of Books, Steven Miller writes about the shift to affirmative consent and “yes means yes” over “no means no” and what it means for broader consent conversations and the social contract:

“Proponents aren’t asking partners to write up contracts (though there’s a host of smart phone apps for just this purpose). Rather, they’re suggesting that people treat one another as intelligent adults, checking in and sharing feelings and desires rather than acting without concern. It’s about deciding together what comes next. Such conversation can happen during an embrace or in a seductive tone; it can create a space for partners to communicate not just their consent but also what they enjoy, desire, or imagine. Contrary to assumptions, one doesn’t need to put on a necktie and adopt legalese.”