GAY DIVORCE: Gay people still can’t get married in Texas, but the state can now divorce them. A Texas judge ruled Thursday that Texas can grant divorces to gay couples married in other states. She also called Texas’s gay marriage ban unconstitutional. But don’t expect the ruling to go unchallenged. Republican Attorney General Greg Abbott is already planning his appeal. In fact, a ruling like this happened once back in 2003, and Abbott got it reversed. Texas’s constitutional amendment banning gay marriage probably isn’t going anywhere for a while, either.(@dallasnews) 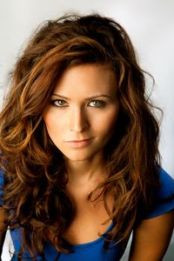 HAVILAND STILLWELL WARRIOR: Guess who’s guest-blogging at California’s National Organization for Women website this month? Haviland Stillwell, obvs! Our favorite part is how the first commenter assumed she wasn’t a lesbian and asked why they didn’t have a member of the GLBTQ community covering the march instead of her. Oh, the deceptive qualities of long hair! Anyhow, we love NOW and this partnership is going to be awesome on 40 levels. (@now)

PARTNERSHIP: Nevada issued its first domestic partnership certificate Thursday. The state still bans gay marriage, but the partnerships provide most of the same rights given to married couples. It’s nice to know everyone now has an equal opportunity to elope to Las Vegas. (@associatedpress)

DON’T ASK, DON’T TELL: The Boston Globe reports that an upcoming issue of Joint Force Quarterly, the Pentagon’s top scholarly journal, will include an article that calls for an end to the ban on gays and lesbians serving openly in the military; “the military is essentially forcing thousands of gay men and women to lead dishonest lives in an organization that emphasizes integrity as a fundamental tenet.” (@bostonglobe)

SEX ED: John Stewart takes the democrats to task for not really accomplishing much besides restoring funding for Title V abstinence-only programs:

NATIONAL EQUALITY MARCH: Queerty talks about what next weekend’s National Equality March means to them. “It’s about you. It’s about us. And it’s not even about “activism.” It’s about the right to live in a free country as equals. It’s something we’ve all been raised to believe isn’t just possible, but fair and just.” Judy Shepard, Cleve Jones, David Mixner, Lt. Dan Choi and Dustin Lance Black are just a few of the scheduled speakers for the National Equality March. (@queerty)

GAY RIGHTS ACTIVIST IN THE NFL: NFL players Brendon Ayanbadejo and Scott Fujita speak out for gay rights. Ayanbadejo: “I think we will look back in 10, 20, 30 years and be amazed that gays and lesbians did not have the same rights as every one else. How did this ever happen in the land of the free and the home of the brave? Are we really free?”

ATLANTA GAY WEDDING CONTROVERSY: A homophobic email about a gay wedding has caused drama at Morehouse College in Atlanta — and “while this is obviously a story about homophobia, it’s also an illustration of the level of desperation out there of a slice of black women who are weary of the lack of available “marriage-worthy” black men.”