While the WNBA season doesn’t officially kick-off for another month, the run-up to the league’s 25th season began, in earnest, last week when the WNBA announced its renewed partnership with Nike. The centerpiece of that new partnership? A series of three new WNBA jerseys that bring the stories of the team’s 12 host cities to life: the WNBA Nike Heroine Edition, the WNBA Nike Explorer Edition and the WNBA Nike Rebel Edition (AKA The H-E-R Collection). 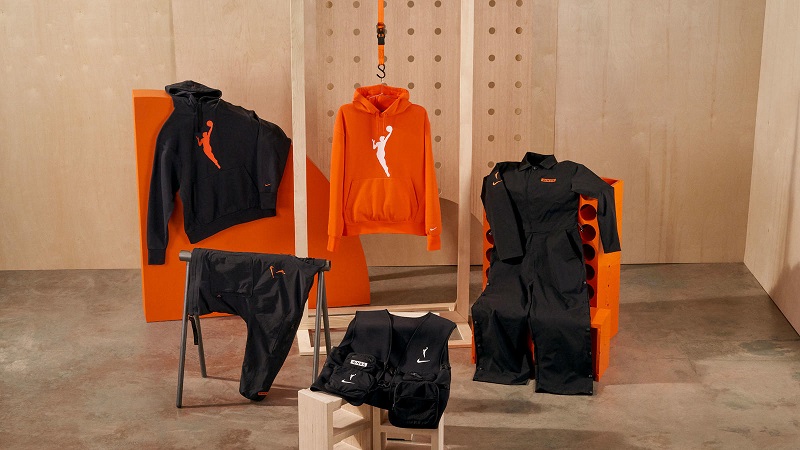 In a word, these jerseys are FIRE. And, if that wasn’t enough the new Game Theater Collection includes hoodies, sweatpants, a reversible vest and coveralls?! The WNBA clearly wants to take all of our money. Suffice to say, the league responsible for 2020’s fashion statement of the year is leveling up and delivering the must-have merch for your post-COVID vaccine summer.

But if don’t have a favorite WNBA squad yet and you’re just looking for the best summer lewk, we’ve got you covered. The Autostraddle team took a look at each team’s Rebel Edition jersey and ranked our faves. 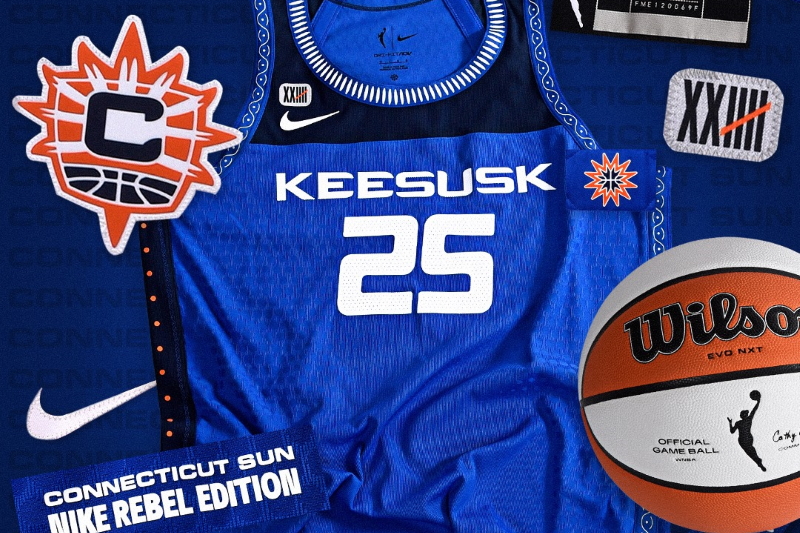 The Sun play their home games at Mohegan Sun Arena, one part of a large complex owned and operated by the Mohegan Tribe. Their Rebel jersey pays tribute both to the tribe — “Keesusk” means “Sun” in their native language — and to Gladys Tantaquidgeon, the tribe’s Medicine Woman, who lived to 106. 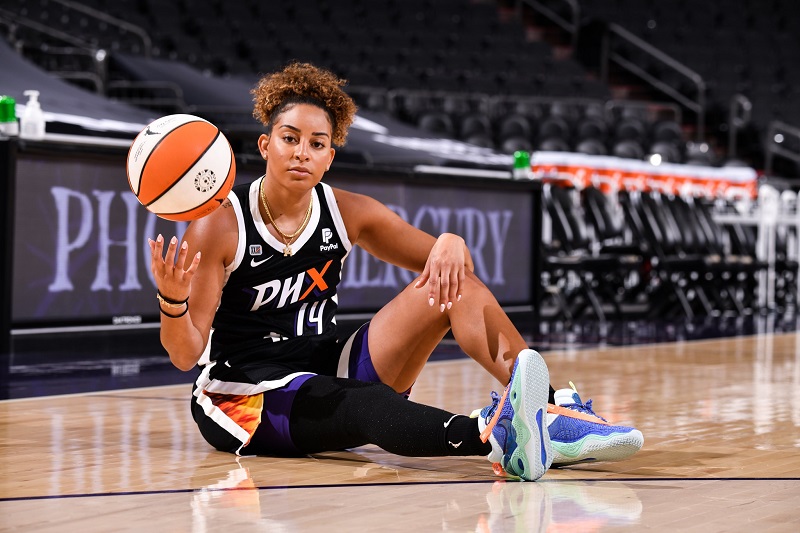 The Mercury’s Rebel jersey is a shout-out both to their city and its hometown fans, the X-Factor. The team joins all of Phoenix’s other major league franchises — Suns, Cardinals, Diamondbacks and Coyotes — in donning black to represent the Valley. 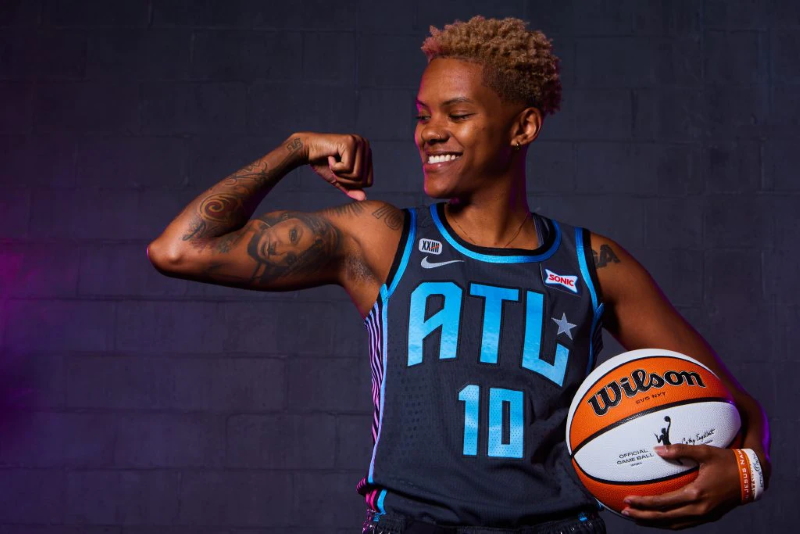 The City of Atlanta has two great legacies: first and foremost, as the cradle of the Civil Rights Movement, which the Dream pay tribute to in their Heroine and Explorer Edition jerseys. But the Rebel jersey represents the city’s other great legacy: the birthplace of some of Hip-Hop and R&B’s greatest artists.

Personally, I might have pushed things a little farther and gone with a full OutKast inspired ATLiens jersey but this works too. 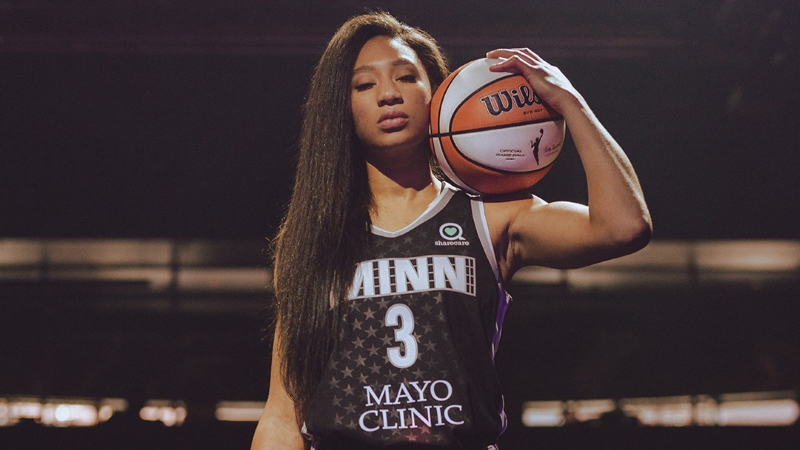 Prince Rogers Nelson (yes, that Prince!) was a big Minnesota Lynx fan. He’d cheer them on during their 2015 champion run and invite them back to his mansion afterwards for a private concert. And while it’s not his emblematic purple on the Lynx’s Rebel jerseys, you can still feel his spirit in their tribute the First Avenue, a Minneapolis musical landmark. 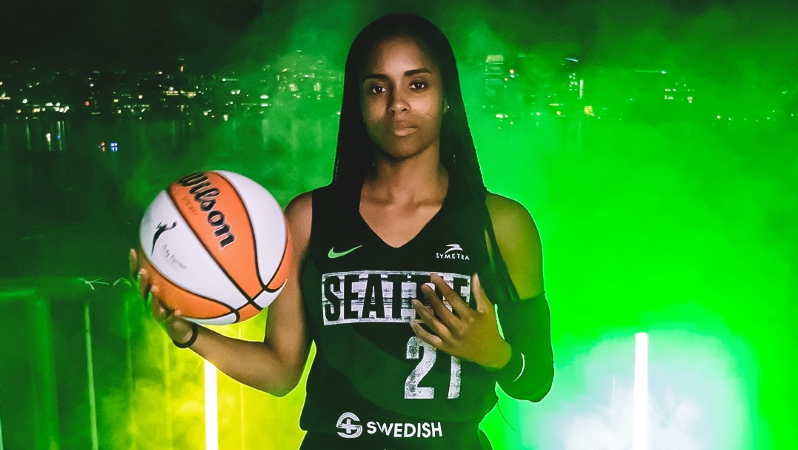 Seattle’s Rebel jersey also celebrates the city’s musical history: the bold, graphic type in well-worn relief harkens back to the mid-80’s and 90’s when grunge became known as the Seattle sound (it’s giving me Pearl Jam’s Ten vibes, TBH). The jerseys are just one part of an entire re-brand for the four time WNBA champs: back in March, the Storm unveiled their new logo, “reflecting the storied history of the franchise, its championship culture and connection to the city of Seattle and the Pacific Northwest.”

With three of the top 5 picks in tonight’s WNBA Draft, it seems likely that some of your favorite college players will be donning Dallas’ military-inspired Rebel jerseys this summer. The jerseys are a callback to the World War II P-40 Warhawk, a plane manufactured in Texas and test-flown by Women Airforce Service Pilots (W.A.S.P.).

Update: The Dallas Wings have pulled their Rebel Edition jersey because it did “not align with [their] shared values of diversity, equity and inclusion.” 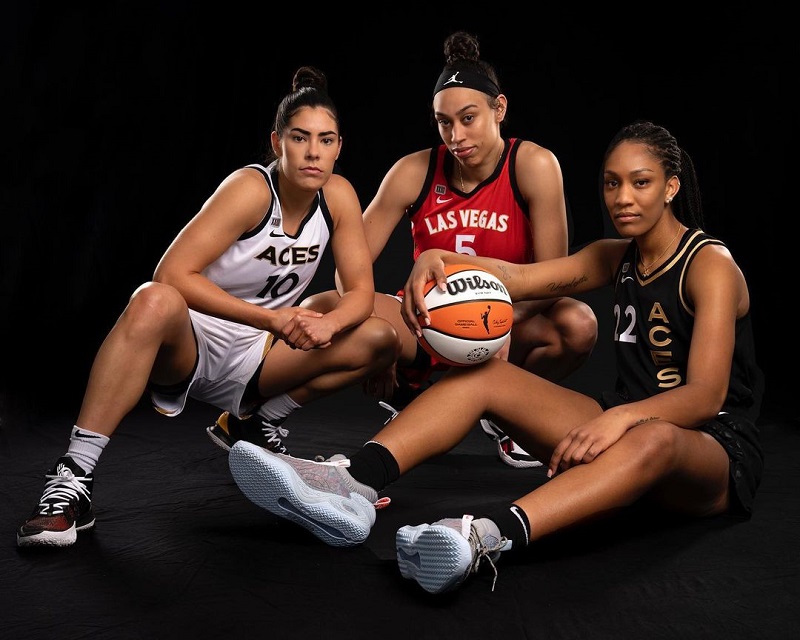 Diamonds and Aces…can’t get more Vegas than that.

(Also: Elizabeth Cambage is going to look FLAWLESS in her Game Day fit.) 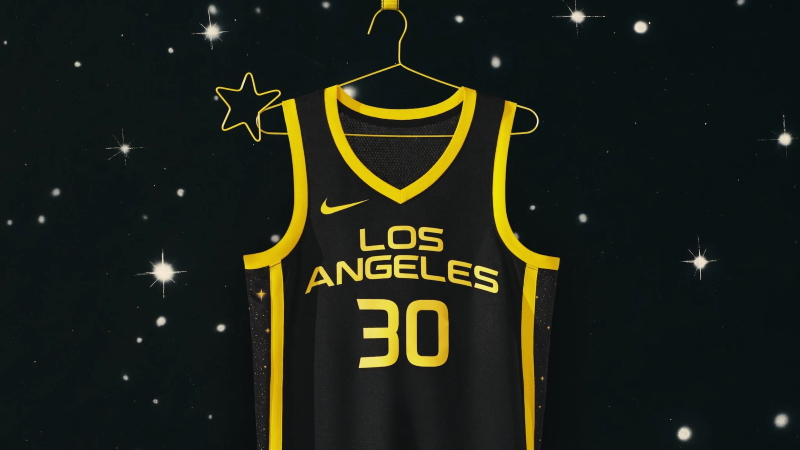 The WNBA touts this jersey as a reflection of LA’s twinkling lights: “the black field bordered by yellow stripes and dozens of shining stars embodies the boundless brightness of the City of Angels.” But for me, personally? It feels like it pays homage to the 2017 Black Mamba Lakers jersey…one of the dopest jerseys ever made, IMO. 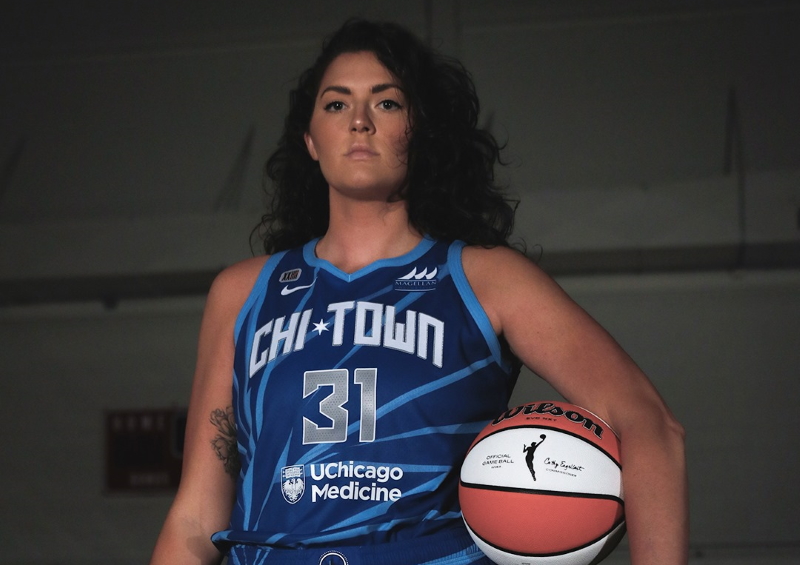 Chi-Town, Chi-Town/ We gon’ show ’em how we get down

Chicago secured the biggest get of the off-season — in perennial WNBA All-Star (and Illinois native) Candace Parker — and now the Sky is ready to take the court and shatter some of those glass ceilings.

If you wondered if last year’s #SayHerName campaign and support for Raphael Warnock’s Senate campaign was going to be the height of the WNBA’s social justice activism, the New York Liberty’s Rebel jerseys — with Equality stitched across the chest — answer that with an emphatic no. 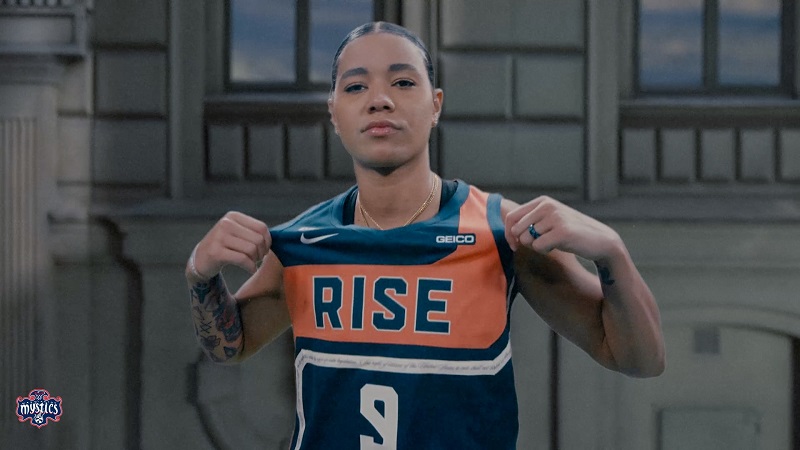 The Mystics’ Rebel jersey is a tribute — a testament, really — to female activism. The pink? A callback to the colors that blanketed DC during the 2017 Women’s March. Stitched across the jersey? The text of the 19th amendment which gave women the right to vote. Rise? A call to action to continue the fight for women’s rights. 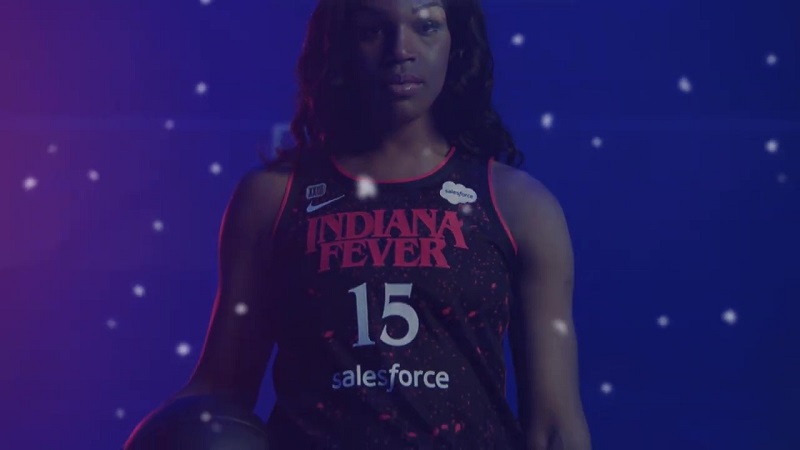 The Fever’s Rebel jersey pays tribute to Netflix’s Stranger Things, the sci-fi horror series set in Hastings, Indiana. Everything about the jersey — its color, wordmark, and number font — are drawn from the show’s title sequence. And if you look carefully, you’ll spot a tribute to the series’ main female character, Eleven, on the uniforms belt buckle.

So what about you? Which of the WNBA’s new jerseys are your favorite?

Don’t forget to tune in tonight for the 2021 WNBA Draft (7PM ET on ESPN) to see which of these jerseys your favorite college player will be sporting this summer.