Today in depressing news, finally getting a place with your amazing girlfriend might require more anti-anxiety meds and deep breathing exercises than you originally thought. Moving is stressful for everyone, but a new study shows it could lead to even more late night teeth grinding episodes among queers. According to the first ever American national housing study, same-sex couples have a harder time than straight ones when it comes to finding a place to rent. 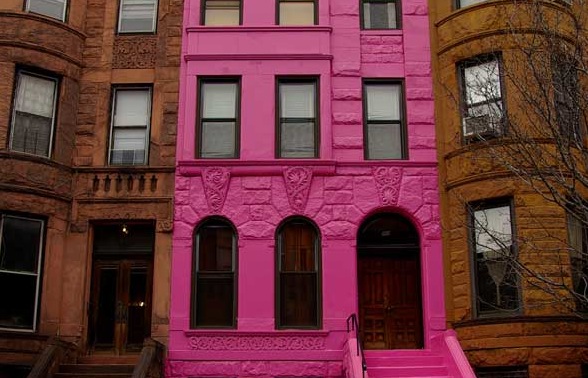 The research backing this up is pretty hard to argue with. The study, “An Estimate of Housing Discrimination Against Same-Sex Couples,” focused on 7,000 housing inquiries in 50 metropolitan areas and took place from June to October of 2011. The researchers responded to online housing ads using two emails: one from a purportedly straight couple and the other from a same-sex one. Race, age, or other factors didn’t come into play because the only distinguishing feature of the emails was the sexual orientation of the couple. Not surprisingly, the fake same-sex couples received fewer answers to their inquiries than the straight ones. Gay men were less likely to get a response than lesbian couples, but there wasn’t that much of a difference between the responses to the two: only 0.3%, to be exact. While straight couples were favoured over lesbian couples 15.6% of the time, emails from seemingly straight couples were preferred over those by supposedly gay men 15.9% of the time.

Pretty horrible, right? It’s discouraging to think that discrimination against queer people isn’t prohibited by the federal Fair Housing Act, but at least there are protections in certain states, and that should help, right? While there are such protections, the Study of No Good News found that incidents of adverse treatment of gay and lesbian couples in the rental market was actually higher in these states! This doesn’t seem to make a lot of sense, and the researchers wondered if this was because states with the protections were more likely to be discriminatory in the first place. But a Queerty article questioned this reasoning because it would mean California is more discriminatory than Alabama. It’s more likely there’s a serious lack of enforcement of anti-discrimination laws; and until that changes, their existence isn’t really doing anything to protect gay couples.

The other surprising finding was that there was no correlation between the response statistics and the size of the metropolitan area. So you and your girlfriend are more likely than your best friend and her boyfriend to face housing discrimination whether or not you’re living in a big city or just an average-sized one. There were no studies done in rural areas, however, and it would be interesting to see what the findings in non-metropolitan areas would be.

In the meantime, you can just hope your landlord isn’t a homophobic asshole and take solace in the fact that you and your girl/boifriend are getting a place together! Yay! It will just be 15.6% more difficult than it should be!