This is Nell Scovell‘s pre-article blurb:

Nell Scovell is a television writer/producer whose credits include NCIS, Monk, Warehouse 13, Murphy Brown, Coach, and Newhart. She was the first female to write an episode for The Simpsons (“One Fish, Two Fish, Blowfish, Blue Fish”) and the second female to write for Late Night with David Letterman. She created and executive produced ABC’s hit Sabrina, the Teenage Witch, which runs in syndication. But before she was into pop culture, she was into sports culture. Thirty years later, she’s writing about that for the first time.

Do you like any of those things? You probably do. In another tale of Brittani has great taste, I like Sabrina, the Teenage Witch. I also like sports. Though I never considered entering the world of journalism due to my penchant for not giving a fuck and scant appreciation of facts, I do respect anyone who can pull it off. Especially when it comes to sports, since it’s so hard to capture the emotions and excitement of a game after the fact unless you live on Tumblr and can do things like express the essence of mankind with a well-placed .gif from a show you don’t even watch. 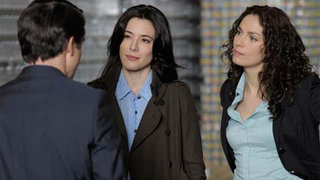 Scovell remembers her time at the Boston Globe sports section before she moved on to an equally diverse industry: that of television writing and producing. All those shows she was the only female writer on — guys, she was the only female writer. That’s not a mistake. I just want you to read the piece and see how many shows she listed. Also, you can tell me how many of the athletes you recognize by name and then we will all know how old you are. Autostraddle is not only comprised of misandrists, but also ageists! (JUST KIDDING.)

And while we’re on the subject of women breaking into a traditionally male field, a lot of credit goes to Doria (who is currently ESPN’s vice president and director of news). My hire was a good example of affirmative action — a once-admirable concept that has become twisted and misunderstood. Affirmative action does not mean you include an unqualified person because of their gender or race. It means you don’t exclude a qualified person because of their gender or race. In my case, it meant the Globe actively sought out a qualified person who could bring diversity to an otherwise homogeneous group.

Do you have a favorite female sportswriter? How much of the responsibility is on those that do the hiring to even out the playing field? What are your feelings on the discrepancies in not only sports journalism but the field overall?

Before you go! It takes funding to keep this publication by and for queer women and trans people of all genders running every day. And A+ members keep the majority of our site free for everyone. Still, 99.9% of our readers are not members. A+ membership starts at just $4/month. If you're able to, will you join A+ and keep Autostraddle here and working for everyone?
Join A+
Related:team pick