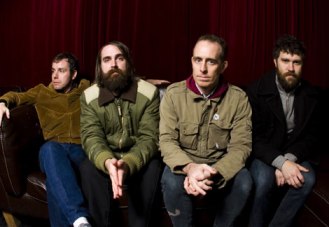 Louisville’s Velocity announced this week that indie-rock veteran Ted Leo (of Ted Leo and The Pharmacists) had decided to hang up the Epiphone and retire. Those reports have turned out to be false (whew). Leo’s quote were taken out of context, but the sentiment of his words still rings true. He said, “By next year, there’s no way I’m going to be able to be on tour like I have been these last few years.” He’s talking about making a living, people, and as many of us know, it’s a tough thing to accomplish no matter what your profession.

That’s why another quote from Ted Leo in the Village Voice about some fans who had the nerve to ask him for a pirated copy of his upcoming album, is awesome. He said:

“I find it absolutely ridiculous that someone would approach the artist and say to them, ‘Hey where can I . . . ?’ ” he says. “You know, it’s available everywhere. It’s 10 fucking dollars. You know how much people spend on beer and stupid shoes and American Apparel clothes every week? Ten dollars—it’s 10 goddamn dollars. Dock yourself two beers this week, and you’ve got our album.”

I sort of can’t deal with M.I.A.‘s new record MAYA, but this performance on The Late Show With David Letterman made “Born Free” just a little bit more fun in my book. When assaulted with 8 or so dopplegangers and a live band, I’m into it. Some critics have been gentle in their reviews of M.I.A.’s third release but others have been less tolerant. Pitchfork’s Matthew Perpetua rates it a mere 4.4, calling it a “shambling mess.” For the most part, I’m inclined to agree.

ssgkdg+
Today, The Washington Post surveys music critics to ask if M.I.A’s album is backlash or a result of crappy songs. 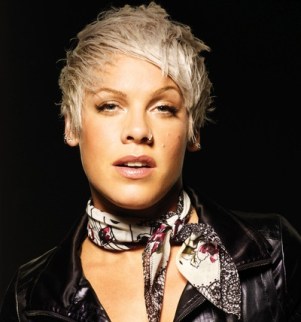 On Thursday, Live Nation executives held a meeting at Irving Plaza in New York to address investors’ concerns about the health of the company. CEO Michael Rapino revealed ticket sales are down 9% in 2010, but said it’s just a “blip” in sales. A few acts are going strong — Jay-Z, Eminem, Justin Bieber, and The Jonas Brothers — but overall, sales are slow. Why? Well, number 1, the economy. Also, outlandish ticket prices and ticket fees. NPR’s The Record says Live Nation-owned Ticketmaster is “‘100 per cent committed” to phasing out fees for printing tickets at home.” It’s about time. Read more about the Live Nation happenings at The Record.

PINK FALLS OUT OF HARNESS:

During a Thursday performance in Nuremberg, Germany, Pink fell out of a harness that was supposed to carry her across the stage and was dragged into a barricade. A fan captured it all on video, where Pink can be heard saying “F*ck, that hurt like a motherf*cker” (hilarious). Pink wasn’t seriously injured, although the concert was halted and she was taken to the hospital.

Experimental electronic musician-producer Flying Lotus has released a video for “MmmHmm” (featuring Thundercat) from his Cosmogramma album. If the chill-out music isn’t your thing, it’s still worth watching for the imagery — from alien chieftains to 8-bit animation.