“If someone is having trouble with breastfeeding, I think I would not want to make them feel worse about it because they made that decision to feed from a formula, but it’s not a choice that I would make for myself.”

Those are the words of Colleen, an American biologist nine months pregnant during an interview with the makers of “Breastmilk,” a new documentary on what, how and why we feed our children. But Colleen soon encounters hurdle after hurdle trying to breastfeed her son, Matteo. She ends up representing both the hopes and fears of all the parents in this illuminating, heart-wrenching and frequently funny film, available online today as part of World Breastfeeding Week, from debut filmmaker Dana Ben-Ari. 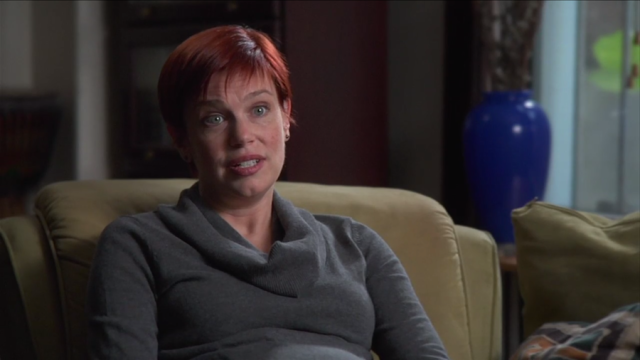 Colleen during her pre-birth interview

Of the movie’s five or so featured mothers, Colleen clearly spends the most time and energy worrying about her ability to breastfeed, but she’s far from the only one who struggles with it. Lindsay spends the first several weeks alternating between elation at successful suckling and fear that she isn’t producing enough milk. Chrystle can’t tell if her son, Tyler, would be better using formula after he starts having acid reflux. Karin follows doctor’s orders to supplement preemie Rose’s breast milk feedings with formula but wonders if her daughter wouldn’t gain enough weight to catch up to her peers using breast milk alone.

We hear the least about Eliana, whose breastfeeding concerns are actually among the most interesting. She worries that her husband will be uncomfortable with her breasts, which are suddenly functioning in a new, non-sexual way to feed her daughter. “My question was, can I breastfeed, and at the same time can I have my breasts be part of my intimate relationship with my husband?” she asks. She refers to ownership of her breasts as either her husband’s or her child’s — never her own.

In promotional materials, filmmakers say the documentary “uncovers all the most surprising and concealed aspects of what it means to have milk,” but that’s not necessarily true. Breasts, like every other part of a woman’s body, are constantly under attack, and it’s not exactly surprising that new mothers would obsess over how and when to use their bodies. The issue boils down to shame and bodily autonomy; whether women choose breast or bottle or are forced into either by mitigating circumstances, their actions are loaded.

What is surprising is how certain all the parents in the film seem to be that breastfeeding should be easy, if you’re doing it right. Women who struggle to breastfeed seem so caught off-guard, like they can’t believe this relatively common phenomenon is happening to them. At the same time, they don’t share that information with those around them. Karin, a geochemist whose daughter was born premature, spends hours in her office with a breast pump, trying to produce enough milk to get her daughter up to a good weight. She avoids telling her coworkers why she’s late for meetings, even while she spurns the image of the working mother who is “able to do it all.” 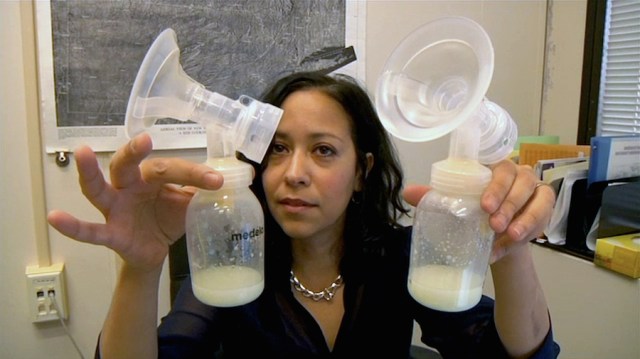 Karin shows the results after pumping in her office at work.

Those who have no trouble breastfeeding don’t understand why others find it so difficult. Emily and Luki, a lesbian couple who both breastfeed after Emily — with the help of surging hormones from being around a pregnant Luki — induces lactation in herself, don’t believe that other women could possibly have as much trouble breastfeeding as they claim. Luki says she’s frustrated that no one congratulates her on her breastfeeding success, which is theoretically the Holy Grail of new motherhood. It’s a shockingly mean stance to take, especially when Emily says she’s willing to tell women to their faces that they should have breastfed.

But, as many other women have found (and as the film’s expert interviews explain a little more eloquently than I’m about to), so much of our cultural rhetoric around breastfeeding is tied to a sense of what women should be doing rather than what they would like to or are even able to do. Breastfeeding isn’t purely a medical issue, but neither is it a wholly moral one. And all the parameters that go into a woman’s decision to breastfeed pale next to the fear that she is somehow failing her child. If she breastfeeds but can’t produce enough milk, she risks undernourishing her child. If she supplements with or simply uses baby formula, she robs her child of the all-important “life cells” transferred between mother and child via breast milk.

The issue for these parents is not whether or not breastfeeding is the right thing to do. Most agree that it is, citing studies on its longterm health effects (even though those benefits have apparently been somewhat overstated). But, like community health worker Patrece Griffith-Murray points out, there are many things that are good for us that we don’t do, and not breastfeeding a child does not condemn them to a terrible life. She pinpoints another important factor that pushes women to try breastfeeding at all costs: competition with other mothers.

“Breastfeeding is one of those things that you have to be ridiculously competitive to do. You have to be almost mean about it,” she says. “There’s a certain kind of push, a umph that goes with breastfeeding that, you know, the off chance your child may not be fat when they get older is not gonna do it.”

With all that drama going on, it almost seems like an afterthought that the film discusses breastfeeding as a mainstream cultural topic. From lactation porn to public breastfeeding, feminist scholars explain how debates over breasts as sexual organs versus parental tools has created a double-standard. Women can’t or shouldn’t breastfeed in public because it makes others around them uncomfortable, yet that discomfort comes from the misguided belief that breastfeeding is a sexual act. But on yet another other side, there is the lesbian couple who welcomes breast milk into the bedroom, not because it holds any particular sexual interest for them, but because it’s an inescapable facet of having sex while a breast is still being used for lactation. Similarly interesting but undeveloped thoughts are tossed out regarding breast milk donation for adoptive parents or women who can’t produce their own milk. It’s a discussion that fits into the rest of the film thematically but feels somehow incomplete. 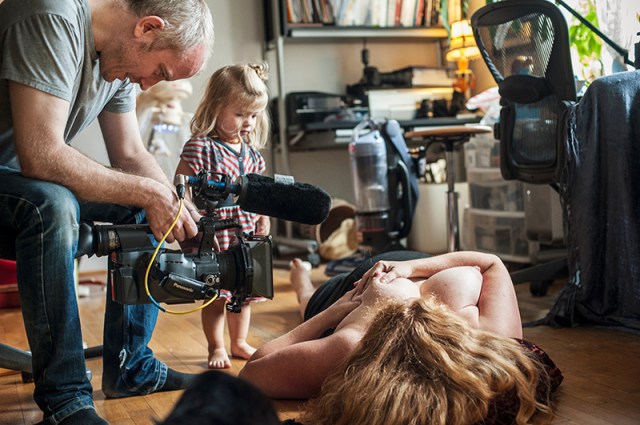 Also disappointing is the film’s inability to directly confront issues of race and class. The cast is extremely diverse, both racially and economically, but neither the mothers nor the scholars call out the clear divides between the groups and their breastfeeding concerns. Even Griffith-Murray, who works with low-income families in the state’s Women, Infants, and Children program (WIC), refrains from directly naming race as a factor. The closest we get to a frank discussion of race is with Lindsay, who donates her surplus breast milk to a white couple who has adopted a black baby. As she waits for the couple to arrive, she realizes she never told them she was black. “What if they took [the milk] and didn’t use it because I was black?” she wonders. “I would be naive not to think that.” Considering the vastly different concerns the women of different backgrounds face, it feels similarly naive that the film doesn’t address race throughout.

Still, in an hour and a half, director Ben-Ari pretty thoroughly explores many of the internal and external fears a woman faces as she considers breastfeeding. It isn’t a perfect film, but it does spur refreshing and somewhat surprising honesty from a diverse cast of parents. You can feel the tension and anxiety these women face, and you want them to be successful, even if you aren’t quite sure what the consequences of failure are. With a soft touch, it shows both the competitive pressure women feel and the gentleness they’re capable of expressing toward one another when it comes to one of motherhood’s most hotly contested topics.