Hotline is a documentary about connection and disconnection in our increasingly fast-paced, digital world. Co-producers Tony Shaff, Lauren Ashley Belfer, and Bryce J. Renninger have created a film that is as much about our innate humanity as it is about the people who call and staff hotlines. The film is a testament to the power of listening and the ways that we are all reaching for connection, regardless of which end of the phone line we are on. 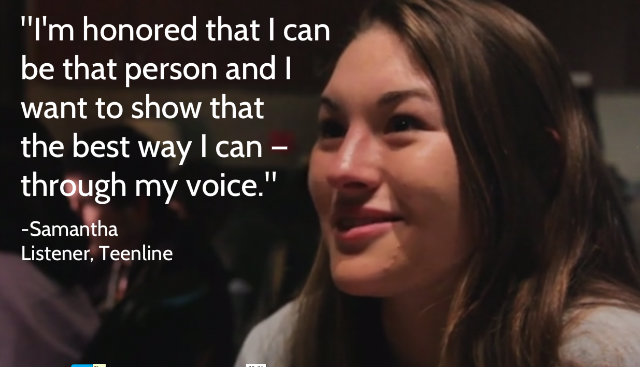 Interviewees include phone operators from all walks of life and all kinds of hotlines. We meet 911 operators who talk about the trauma and rewards of their jobs as the “first first responders.” We meet phone sex operators who discuss their personas and their clients, the work they do, and the help they provide by comforting lonely people. We meet hotline counselors, LGBTQ hotline workers, suicide prevention hotline workers, psychics, teen-to-teen hotline volunteers, homework helpers, religious hotline clergy, and even an individual who started his own personal talkline by posting flyers with his phone number.

One of my first jobs was working at a rape crisis and intimate partner violence services organization, which included answering the phones for a 24-hour abuse and assault hotline. I also helped found a national non-judgemental after-abortion hotline, Connect & Breathe, which is staffed by trained volunteers. I have a friend who works on hotline for teens and one of my co-workers started the first bisexual hotline in their town simply by taking out an ad in their paper. While watching Hotline, I was not surprised to relate to many of the folks who worked or volunteered on hotlines. I mean, anyone who has worked on a hotline knows how to sniff out a “masturbator” or “heavy breather.” I laughed out loud when that topic came up. 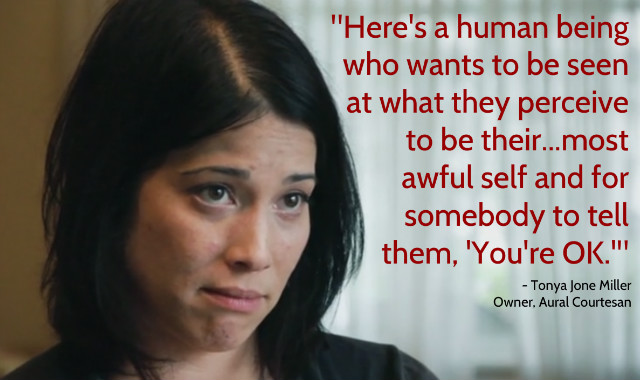 I was genuinely surprised, however, to relate to many of the callers. In this world of increasingly fast and digital communication, how often do I text someone instead of calling or, gasp, seeing them in person? How often do I just keep it to myself when I’m having a rough time? I am a person who has many acquaintances and “friends,” like in the Facebook definition of that word and people think I’m really social and connected. But really, I don’t have that many close, intimate, real friendships. I can imagine having a secret or a problem or a confession that I couldn’t bring to the two or three people who know me best. Would I call a hotline? I don’t know, but there is something very appealing about laying bare your innermost demons with no repercussions and no judgement in return. 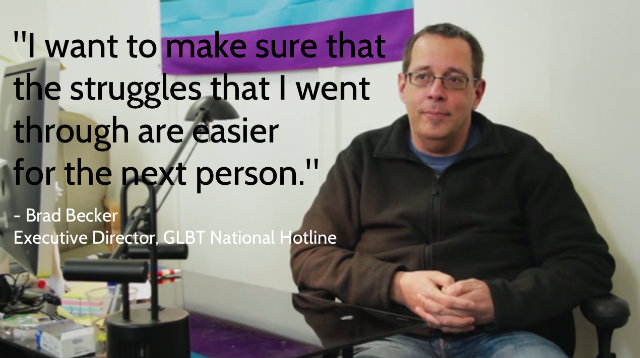 To me, at the end of the day, Hotline is a film about listening as healing work. For both the caller and the phone operator, listening, really hearing each other, can be transformative. In this world where we see life through a filter-washed snap posted to Instagram and Facebook, it may take talking to a complete stranger to heal the isolation and disconnection we are all susceptible to.

Enjoy the trailer and see it on VOD on November 18th!