If I had to sum up Motherland: Fort Salem in one quote from the show, it would be a single word: Together.”

At the end of the day (or the first season, as it were), Motherland is about sisterhood. Not blood relations, not actual siblinghood, but the bonds of very different witches thrust into similar difficult situations. They entered basic training together with certain expectations about what it would be like, and had the rug ripped out from under them at every turn, forcing them to hold on to each other if they had any hope of surviving. One by one, people they thought they could trust and respect let them down, until all they could really count on was each other. 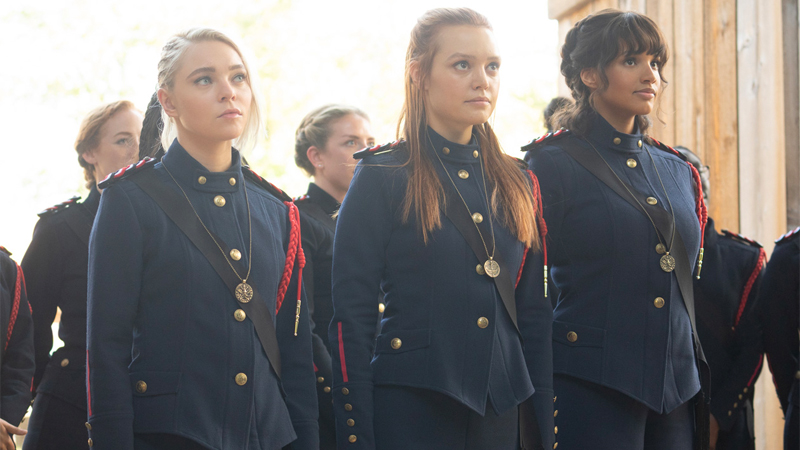 The relationship between Abigail, Raelle, and Tally is undoubtedly the heart of this show. They were reluctant sisters (one of my favorite tropes) and they had to learn to work together, and as they did, they learned to love each other. Some of my favorite scenes in this first season were when the girls were fighting about something – perceived betrayal, lies, disagreements of any kind – but still had each other’s backs when it mattered. 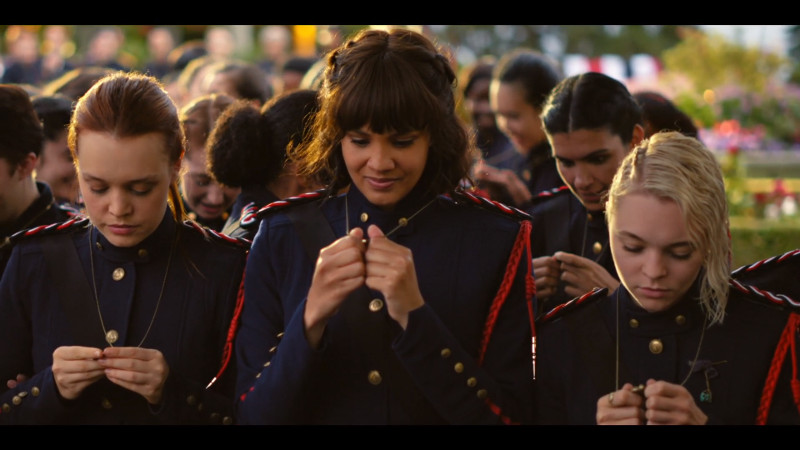 Win together, lose together.

In this time where we’re more aware than ever of the insidiousness of the patriarchy, and yet have to struggle and fight at every turn to get out from under its thumb, it was really empowering to be dropped into this universe where the matriarchy reigned. Every powerful position on the show was filled by a woman. Every woman on this show had their own arc and story that didn’t center around a man. There WERE men, sure. There were the boys that were shipped in from Beltane, the duo that Abigail liked to play with and the man who eventually found her softer side. Raelle’s dad, and the boy who broke Tally’s heart. But their presence only added to the girls’ stories in superfluous ways. They were an interesting ingredient, but they weren’t necessary to get the full picture of them. If you removed them all, the women’s arcs and growth would still have been the same. Raelle still would have fought tooth and nail to find out what really happened to her mother. Tally still would have been disillusioned by the cruelty and unfairness of the world outside the bubble she grew up in. Abigail still would have chosen her found family over her bloodline. 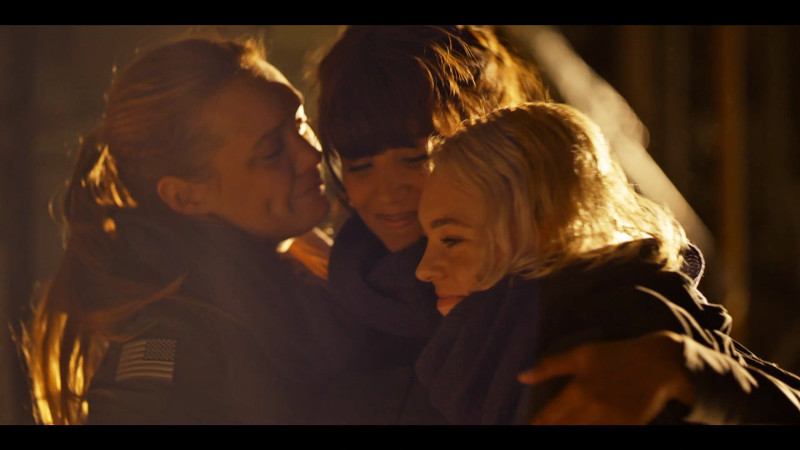 (I miss hugging my chosen family.)

And while there were romances and sexytimes throughout, the only romance that was truly vital to the plot and the events of the season was the relationship between Raelle and Scylla. The orphan and the rebel, the necro and the fixer. A killer and a healer. A beautiful combination of darkness and light, of life and death, of love and pain. And it makes sense, if you think about it, that on a show that centers women first and foremost, that women having romantic and sexual relationships with other women doesn’t even seem, in the literal sense of the word, queer. That the main love story would have to be between two women. But I guess I didn’t expect it to be such a lynchpin. Scylla was in the first scene of the season (though we didn’t know it at the time), and the last. Scylla was the catalyst for Raelle’s growth, for Tally’s realization that maybe the powers that be weren’t always right, for Anacostia choosing morality over duty. 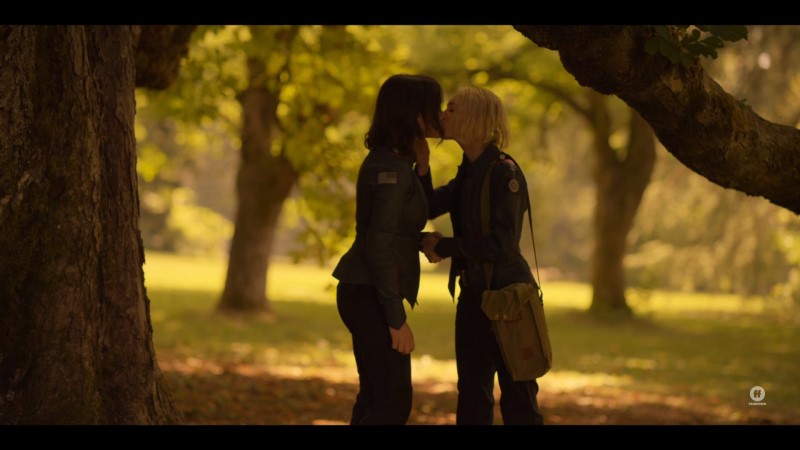 They didn’t have a lot of time together, but the time they did burned hot like the flames Scylla uses to change her appearance.

The season finale ended with maximum stress. Abigail stayed with Raelle to die, but maybe they made it out anyway. Tally gave her youth to the woman who took advantage of her powers. (Which…oof!) Anacostia took a chance on the prisoner she was told was irredeemable. Scylla revealed that she has more secrets than the ones we already knew about. While romances still technically brew on the backburner for some of these women, that’s not the cliffhanger we’re left with for any character of any sexuality. There’s so much more going on in their lives, and I for one am thrilled they have a second season to…well, FIX ALL OF THIS. Bring our girls back together, and back in fightin’ form. I would also love to see trans women in the ranks; I’m hoping the lore of how powers are passed down through matriarchal lines works the same way Nia Nal’s Dreamer’s powers do on Supergirl. And of course, I just want more time in this world to explore more of and deeper into the lives of these complicated, fascinating women.

And speaking of fascinating women, the actresses who lead this show – Taylor Hickson, Jessica Sutton, Ashley Nicole Williams, specifically, but honestly all of them – have this genuine love for each other that is clear in the livetweets and the behind the scenes footage and on social media, that really translates on screen. I’m a very strong proponent of the “Dad Test” when it comes to representation (if it didn’t happen on screen clearly enough that my father who is not on social media didn’t pick up on it, it doesn’t count as representation), but it would be lying to say that for those of us who DO engage in the social media aspect of TV, it does have an impact. I can’t deny that the actresses’ participation in the fandom and promoting their own show, through Q&As and doing push-ups for Freeform’s Stay the FF Home campaign, etc, has really added to my enjoyment of this show. I look forward to another season of watching these women showing up for each other on and off screen.

Valerie has written 376 articles for us.