This week, I’ve decided to show you my dear friends Brandon and Tyler’s monsters; I think what I like about these two together are their genderfucking, the instant connection I have to them both on a very deep level because we see ourselves lost in someplace between genders and identities. Most of the time, it’s kind of fun to just chill there together, in non-binary babe existence, smiling into the abyss of Whatever. 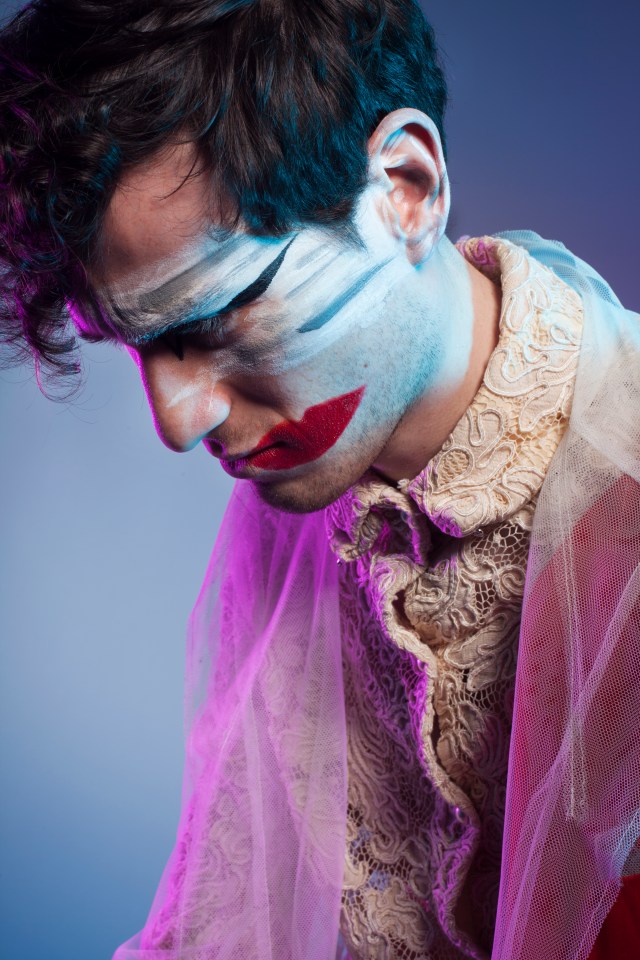 Brandon is perhaps the sweetest person I know and I knew from the start that his photo would be easy because we’re so similar; we share the same language of identity and monsters. We’re both “black crows,” an affectionate term in reference to the brand Comme des Garcons. The brand is so integral to our relationship and how we both navigate our gender and sexualities — his monster was never going to be anything removed from the vocabulary of the brand. He came in decked in Comme des Garcons, without me asking. The interview was short and almost militant in authority — everything was a bullet point, an abbreviation because we’d interrupt each other and finish each other’s train of thought. “Balenciaga, but colder. Queer parties but boys cannot be trusted.” “Sideways femininity. Boys in skirts. Missed connections, literally in lipstick.” “The PUN! I love the pun. It was the best era of Comme des Garcons.” Our conversations were like that, condensed into quick google image searches of references and nodding. Finding Brandon’s monster was not difficult, because he was always so attuned to it. His monster is his muse in a lot of ways, and he’s made friends with his anxieties. It makes him very powerful, a potent and charming friend to have. You aren’t afraid to be ugly around him. He welcomes all your thorns. Find a friend like that, a person who loves you unconditionally for who you are and who you can be. Bonus points if you share skirts. Brandon lets me borrow his Yohji Yamamoto one sometimes. 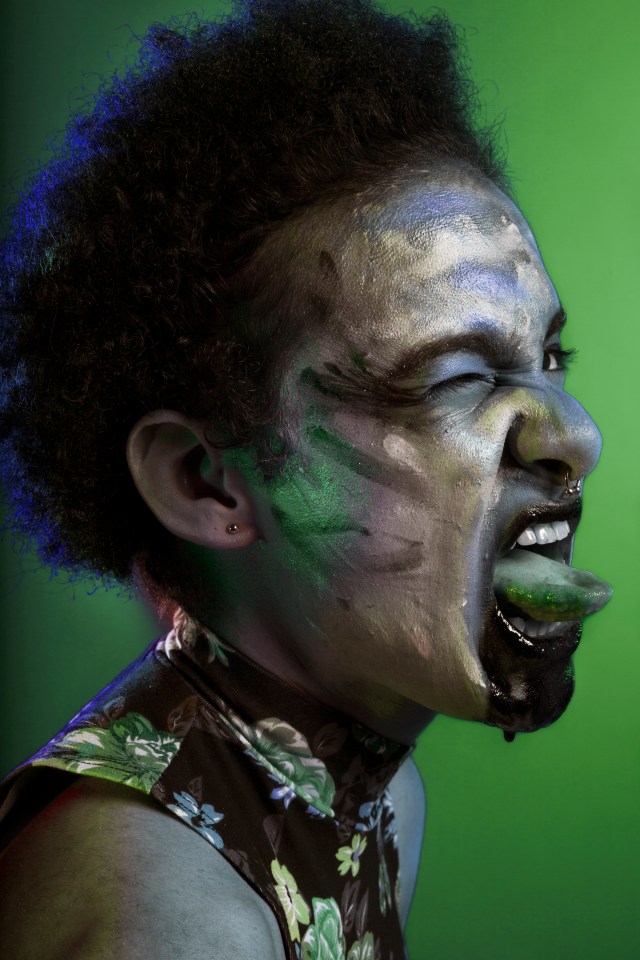 Now, Tyler. Tyler is my genderqueer darling in arms, we’re both unafraid to be messy together (so says our very drunken karaoke sessions together, but also our confessional writing we exchange like love notes among friends). Our session got real messy; it quickly became a kind of gross homage to lipstick and liquids. Tyler’d just stopped taking T and was gravitating into being genderfluid; they came back to lipstick for the first time in a long time the day they came to the photoshoot. So naturally, I celebrated the decision by pouring gross black lipstick out of their mouth. It made sense at the time. I smeared their face with lots of different colors as a celebration and acknowledgement of their new link to femininity — they were giving themselves permission to embrace the feminine and still not be wholly femme. Tyler represents a celebration in multiplicities in gender and sexuality, happily and without apology. They’ve been a public figure for a long time now and still somehow can remain so kind and generous with their love, but they’re fiercely loyal to what they need from the world in return, their still fiercely determined to take what is theirs from the universe. A feminine monster, happy chaos in rainbows and minty lip tar.

I chose these two together because right now I’m going through what I like to call “gender chaos” — something I’ve talked about with both of them at length. I don’t feel comfortable with any pronouns right now and I am fine with that, with just being an eternal shrug of a person. I wish my pronoun could just be a shrug. For those of you who don’t identify as cis — I don’t know if what I am is trans, so I hesitate to call it that — can you talk about your feelings about makeup with me? I get so many questions about how to present masculine of center or more feminine as a cis man, almost every day, a question about gender and makeup, and I am at a loss. I don’t use makeup that way anymore, so it’s like looking back in time. My makeup on other people and on myself is more about genderless ideology than presenting femme or butch or what have you. But how do you use it? And why?