This morning, my girlfriend woke me up urgently by saying “LOOK TWO HOT WOMEN GOT MARRIED.” This was confusing for a few reasons, including: 1. She failed to give me any additional context, so I was unsure if she was talking about people we know, celebrities, fictional characters, people we know parasocially, TikTok influencers, etc. and 2. I usually wake up first in this relationship. I had uncharacteristically slept in. But good lord was this delightful news to wake up to once I cleared the sleep grit from my eyes, squinted glasses-less at the screen held before me, and processed the very gay information being presented. Miss Puerto Rico and Miss Argentina — aka Fabiola Valentín and Mariana Varela — got married after secretly dating for two years.

Now, I may not have a ton of knowledge when it comes to actual beauty pageants, but I do live in a Watches Drop Dead Gorgeous At Least Twice a Year household. I also am a big fan of anytime reality stars come out as queer (see also: Becca Tilley, Chrishell Stause), and given the televised nature of these pageants, I’m choosing to count this as an additional win in that department.

The pair hard-launched their news via Instagram in a collab reel that unfolds like a real-life rom-com montage, including a bed covered in rose petals spelling out Te Amo, lots of smooches, their proposal, and perhaps the gayest thing I’ve ever seen in my life: the two of them canoodling while watching two white horses also canoodle?!?!?!

According to The Cut, Valentín and Varela met while competing in the 2020 Miss Grand International pageant in March 2021. They both made it to the top ten at that competition, meaning yes they were indeed competing against each other, which really does make this a fanfiction come true. According to the Instagram caption, it looks like they married on October 28. ¡Felicidades! and also…I’m 😭

The two have appeared on each other’s grids quite often in the past year, so perhaps this does not come as a surprise to anyone who has been paying attention.

Truly, this canoodling horses image will now live in my mind rent free for the rest of eternity: 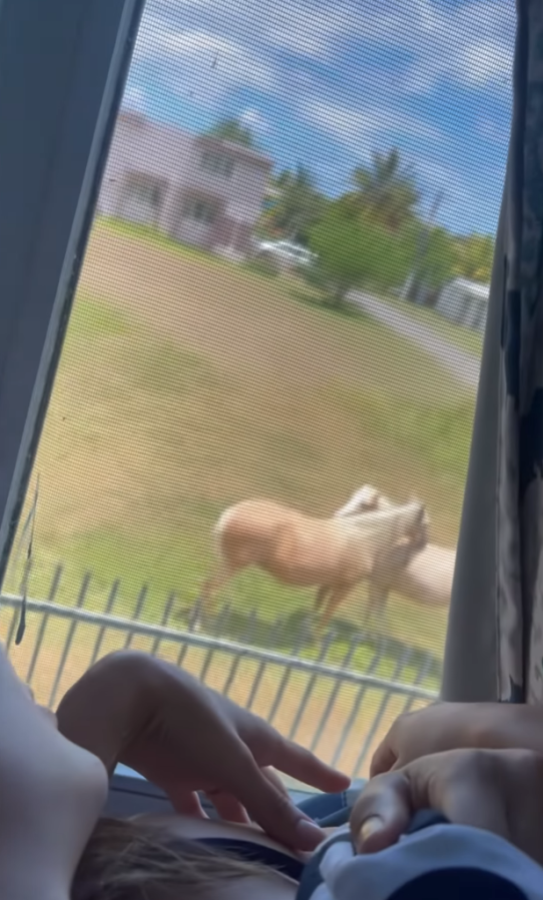 I hope to wake up every morning to drop dead gorgeous queer news like this.

Join A+!
Related:love is sometimes not a lieThis Is A Coming Out Post