If you’re looking for Cutting Room Floor on social media, you’ll find them under the moniker “Sad Gay Band.” It’s sort of a joke, it’s also not an exaggeration – it might even be an understatement, both with regard to being gay and to being sad. Formed in 2011 at Oberlin College in Ohio, much of Cutting Room Floor’s music is about the experiences and histories that lie beneath a surface sadness, parsing through trauma and finding pieces of oneself that can be salvaged and possibly even healed. Sink/Swim is their latest album, and it’s been over three years in the making. Sharing songwriting credit between the three musicians, Ana Meili Carling (guitar, vox), Fiona Chamness (guitar, vox), and Alyssa Kai (drums, vox), the album blends genres, vocals, and tempos, often in one song, mirroring the vicissitudes between chaos, comfort, alienation, and forgiveness.

“Leviathan” is the album’s first single and its opening track, and it begins where one of the band’s great strengths lie: vocal harmonies. It’s been noted by all three bandmates that they share backgrounds in theater, which may account for the fact that their harmonies come on the strongest when there’s something that they really want you to know. Without any instrumentation, the three repeat “When the flood comes, are we gonna get free?” in a minor key suggesting a sense of foreboding before breaking into a twangy upbeat tempo, seemingly contrasting with the lyrics. This isn’t particularly unusual for Cutting Room Floor. Throughout the album, the lyrics lean heavy, and why wouldn’t they? Sink/Swim is a parsing of trauma, and even hope is a complicated feeling for those whose safety and existence have been compromised on levels structural and interpersonal. 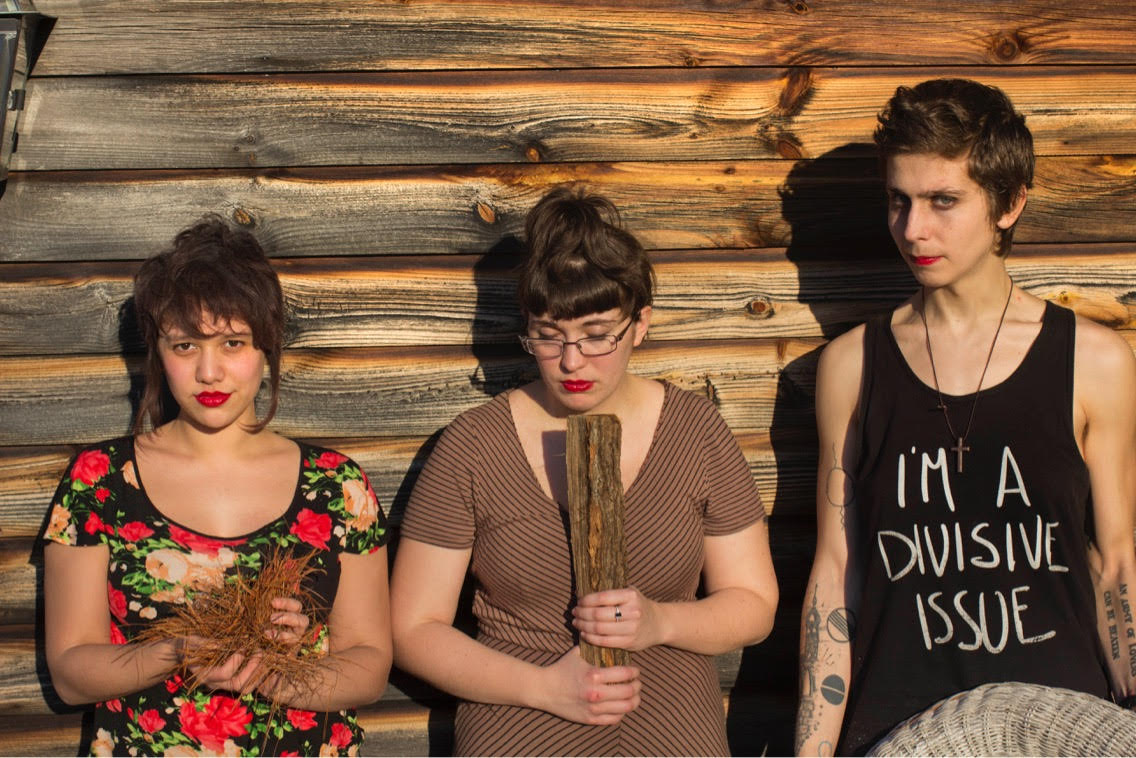 Chamness and Carling encountered each other in a songwriting workshop that Carling was co-teaching at Oberlin. At that point, each of them had been making solo music, and Chamness remembers that “both of us had been, to a certain extent, pigeonholed as sweet, folk pop-y singers with acoustic guitars, and I think we were both eager to show other sides of ourselves. Carling was looking for a different sound than what they had been playing, nothing that the two of them had a “mutual desire to express rage and catharsis and strong emotions” and that “there was a lot of rage and a lot of traumatic things I was working through that I felt like I wanted a bigger and fuller sound to express.”

The original concept was a punk band, despite the fact that neither of them had ever played an electric guitar. When looking for a drummer, the two knew immediately that Kai was their first choice. A year after initially turning the two down for a gig as the drummer, Kai said yes, and the three began playing together, Kai with a stripped down two-piece drum set using broken hangers as improvised drumsticks.

Despite the coat-hanger aesthetic, the members of Cutting Room Floor found that their sound was straying from their original intention of punk (they were turned down for a slot in a punk festival for not being “punk enough”). Genre is already murky and complicated, especially for a band that intentionally and skillfully throws itself into different styles and techniques. It doesn’t seem to matter too much to them. As Kai explains, “Both genre itself and style have to do with selling things and us being in the presence of the market.” Drawing a line between music categories and gender identities, she continues, explaining her relationship to categorization, “I’m pretty binarily identified as a woman… the thing that I actually take on as a matter of self-identification as transsexual… Woman works, woman is fine, woman fits my life so easily. Self-identification isn’t super interesting to me…It’s not a big deal really – it’s not a big deal” Like gender, genre is a means of categorizing ideas to make them seem more readily intelligible. If it must be done, then the band identifies as “indie,” though Chamness jokes, “When you take the elements of our sound apart – lots of lyrics, lots of a screaming, complex harmonies, changing time signatures… the band we most have in common with is System of a Down. We don’t actually sound anything like them (note: they do not), but it makes me feel cool.”

The band had started playing shows around the Oberlin area when they were derailed by an abusive relationship that Carling was leaving. Their abuser had been befriending and manipulating people who Carling was close with, including Kai, and the two stopped talking for the better part of a year before they began to cautiously reapproach each other. Kai describes the process of reconciliation as rigorous and disciplined, and Carling remembers the work and time they each put in to reestablish trust. As the members of Cutting Room Floor came back together, their first project was the song “The Nightmare Dimension.” 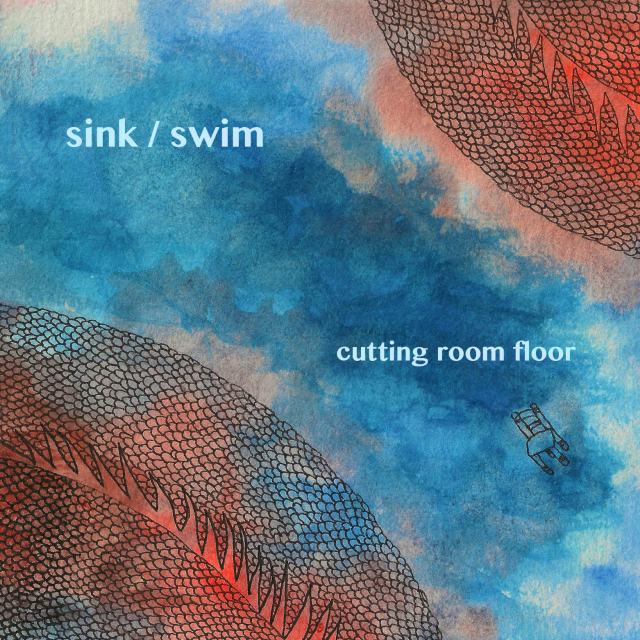 It’s a difficult song in almost every way, with lyrics recounting pain and confusion sung over ever-changing tempos. The relationship described was the type in which the abuser sets the rules for what is enough, what is acceptable, and how their partner should act before changing the rules again, distorting reality and judgment to maintain control. In “The Nightmare Dimension,” the band sought to emulate the confusion of the circumstance.

Says Carling, “Because the time signature changes so much in the song, it creates a feeling of not really knowing what’s going to come next in the structure, the rules keep changing. But there’s also an underlying pattern if you look more closely at it.” Kai took on the responsibility of creating that underlying pattern, building up urgency and controlled chaos with what Carling calls her “math-drummer brain.” Kai built beats up and down, dividing beats and sections and¬ slashing time signatures. Carling’s writing is mostly in their own voice, revealing a haunting contemplation of the relationship, sometimes quietly, and at other times through a screaming spiral. At other points, the words are written in the voice of an abuser and sung by all three bandmates in an endless-seeming litany of contradictory questions and accusations: “Listen to me, you’re too quiet/I believe you, I don’t buy it/Go away, welcome in/Don’t come near me, where’ve you been?/Don’t try to help me, please don’t leave me/You’re the problem/I’m so sorry/Black hole, white noise/Once a void, always a void.”

Although there was no intention of making an album with a central metaphor, the three found themselves “interested in and moved by the way water can embody so many contradictions – cleaning/purifying versus muddying, gentle versus violent, sustaining versus eroding, stillness versus perpetual motion,” as Chamness puts it. “I think there’s something very queer about that multiplicity and capacity to transform – abuse and recovery are both shapeshifting forces in that way, as are queer and trans experiences.” 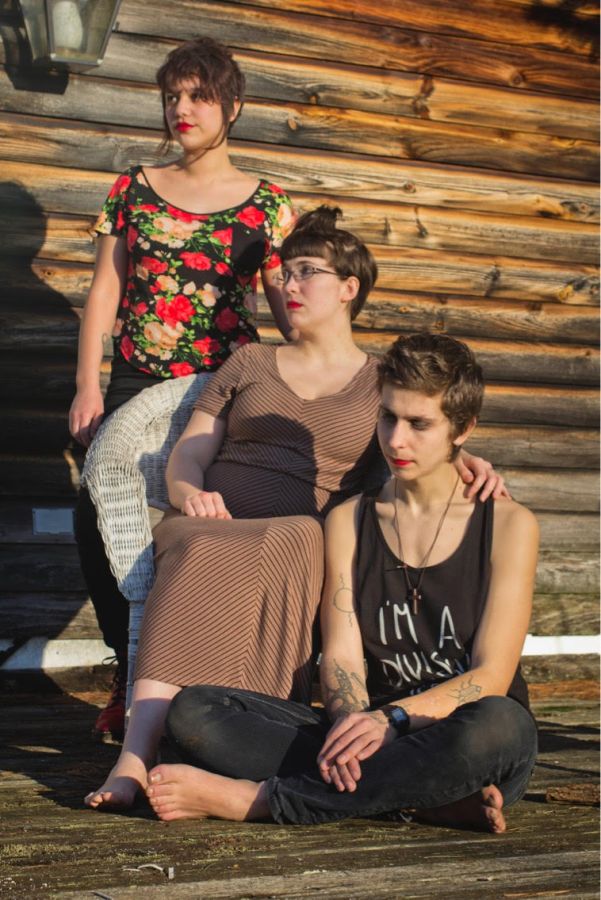 Some of the watery themes deal in oceans and bodies of water, others are more personal, namely “Cry All the Time,” which floods with the tears of wonder and doubt brought on by of the belief that anyone who loves you is somehow being fooled or deceived into thinking you’re a decent person. In keeping with the band’s tendency to combine vulnerable lyrics with upbeat tempos, it’s a fun song, and listeners can dance, cry, or dance while crying, knowing that they’re not the only ones out there feeling this way. The intro features a self-deprecating inventory of the narrator’s supposed flaws, listed one quickly after another in the same way that one might have internal and perhaps contradictory racing thoughts:

Before we start I’d like to mention a few things
Such as that I’m an ugly crab with no redeeming qualities
Except my cooking and the fact that I’m a genius
Which is really more a liability than anything
Because of course I’m smarter than
Whoever tells me I’m a human being with a reasonable chance at peace
And not a clump of slime that crawled out of an asteroid
Just to bother everyone, so now that I’ve explained the situation
What are you still doing here?

The closing track, “Other Oceans,” is the ballad of Sink/Swim, a reminder that even though much of Cutting Room Floor’s material is about trauma and sadness, that’s not all there is. Talking about the concept of the track, Carling sends their love letter to “queer and trans youth, especially those who are struggling with mental health, mental illness, and being suicidal. All that is stuff I went through myself and that I have a lot of compassion for.” Carling’s narrator relays stories and vows to do their best to protect their loved ones from those who have hurt them. The song has an awareness that these experiences are not singular or unique and that, as unfortunate though it may be, these experiences of hurt are shared to some extent by many people growing up queer and trans. “I don’t believe in safer spaces/I don’t believe safety exists…/Still I want to hold on to you/Bring you somewhere warm and say/I see you, I believe you/I can’t tell you it will be ok/But you’re welcome in my fucked up house/As long as you feel you belong.”

Chamness notes that writing songs can be therapeutic under some circumstances but does not believe that “making art is automatically healing…or lifesaving.” In writing, recording, rehearsing, and performing over the years, the bandmates have had to negotiate what self-care looks like for them individually and collectively, including not pushing their bodies beyond their boundaries, deciding not to perform a song because of the difficulty of the performing itself but rather to avoid what Kai refers to “purposely re-traumatizing” as a façade of care that might actually be a form of self-harm.

People experiencing and recovering from trauma know that there are few joys that are not complicated in some way. Joy can be frightening in its unfamiliarity; even moments of hope hold within them the anxiety that things could get bad again. “The path to recovery is non-linear,” reminds Carling. For them, “There often is some joy woven into that experience in the form of finding other people that you can see yourself in, who can be kind of a mirror for your healing. And that’s what I think we are to each other.”

Sink/Swim is out now! Cutting Room Floor is hitting the road, tour dates below: 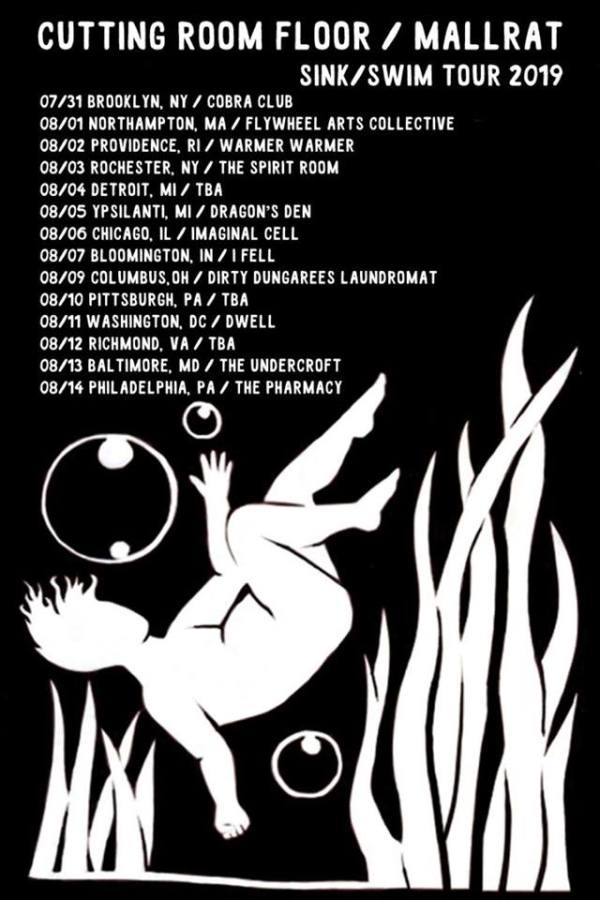 phoenix has written 3 articles for us.