Welcome to the forty-eighth installment of  Queer Your Tech with Fun, Autostraddle’s nerdy new tech column. Not everything we cover will be queer per se, but it will be about customizing this awesome technology you’ve got. Having it our way, expressing our appy selves just like we do with our identities. Here we can talk about anything from app recommendations to choosing a wireless printer to web sites you have to favorite to any other fun shit we can do with technology.

It’s the thing a very many of us have been asking for. We’ve all been sending good thoughts to the Startup Gods, begging them to let us keep track of our periods without the color pink or any blossoming flower imagery. We’ve had comment after comment after comment wondering why such a thing doesn’t exist, or if it does exist, why we can’t find it.

It’s finally here. And nary a petal in sight. 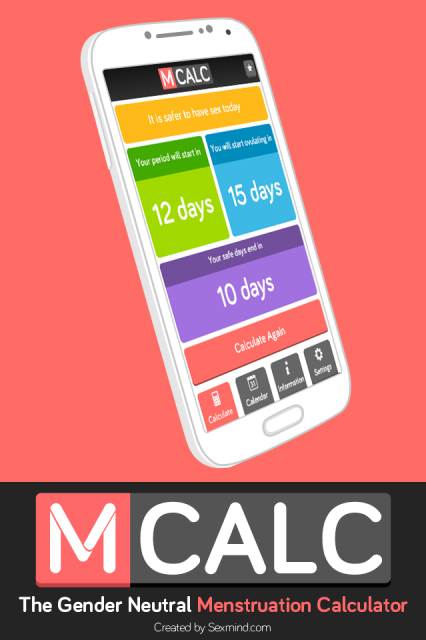 For now, MCALC (made by Sexmind) is only an Android app. Alas, I got rid of my Droid long long ago. But! According to their website, they’re launching a campaign to release on iOS very soon. Here are three reasons I CANNOT EFFING WAIT to put this on my phone and tell it all about my flo. 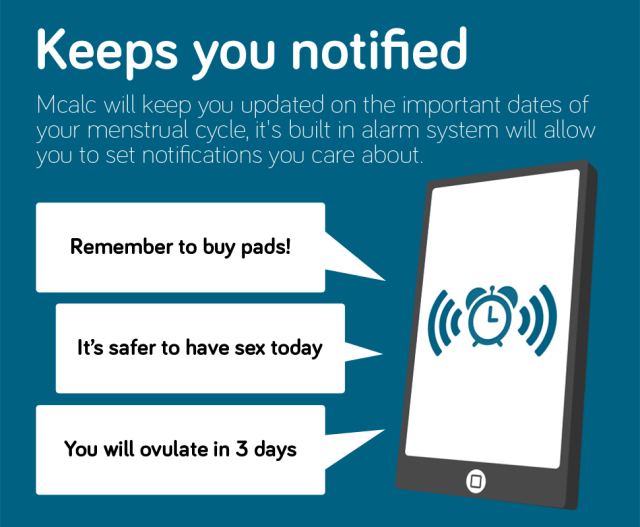 While I’m not completely sold on the “it’s safer to have sex today” function, since calculation methods are not in fact the best way to get preggers and also that there are more risks than that to sex, I do have to give them props that they don’t say “safe.” They say “safer.” Emphasis on the -er.

The app is still in beta, which means there’s still a ton of bugs to work out. But anyone with an Android device can download it for free and provide feedback to the developers. With a little bit of community participation, this app can probably grow big and strong and be exactly the kind of menstrual calculator we’ve been wishing for. And MCALC team? Hit me up when you need beta testers for the iOS version.