It may feel like eons ago now, but think back to the 2012 American election. It was halfway through the Obama administration. There was a celebratory feeling in the mainstream — read: white — LGBTQ community. There was a president running for re-election who wasn’t afraid to say the words lesbian, gay, bisexual, and transgender. This was the political environment that led to milestones like the 2015 Supreme Court ruling that state-level bans on same-sex marriage were unconstitutional. Some people might say it was great time to be a queer American.

But not Lakshmi aka Lucky, the main character of SJ Sindu’s debut novel Marriage of a Thousand Lies. And it wasn’t and still isn’t true for many South Asian queers, as Sindu explains in an interview with Autostraddle:

“In the middle of the Obama administration there was this feeling in the queer community: we’re getting all of our rights and we’re striking down these archaic laws. But within the South Asian queer community it was like, but we’re still closeted, our families still don’t understand us, we’re still not accepted. And for a majority of us the queer community is still struggling with racism and ethno-centrism and at the same our diaspora communities are struggling with homophobia. South Asian queer people are still displaced. There’s a disparity between those experiences of white queer people versus queer people of color, especially immigrant queer people.”

This environment, where queerness is assumed to be white and queer people of color are marginalized in both queer and racialized communities, is where 20-something millennial freelancer Lucky lives. Lucky knows she’s gay; her husband Kris also knows he’s gay. They present their conservative Sri Lankan families with an illusion of monogamous heterosexual bliss, as they each date on the side. But Lucky’s been walking a thin line. She desperately wants to maintain a relationship with her family, and especially with her mother (they share what Sindu calls the novel’s “enduring love story”). But she also aches to live as an out lesbian. 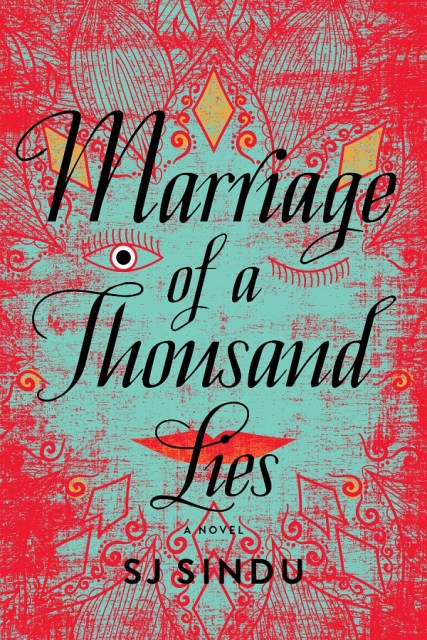 Moving back in with her mother temporarily to be a caretaker for her aging grandmother with Alzheimer’s only heightens the tension that Lucky feels. Supporting the foundation of lies on which her marriage is based, especially when Lucky begins to find queer community, becomes harder and harder. But it’s also difficult for her to even imagine being at the reins of her own story. Near the beginning of the novel, contemplating how she has so far avoided deviating from the path her family has set out for her, she tells us:

“Let me tell you something about being brown like me: your story is already written for you. Your free will, your love, your failure, all of it scratched into the cosmos before you’re even born. My mother calls it fate, the story written on your head by the stars, by the gods, never by you.”

Lucky’s trouble taking control of her own narrative within the novel is reflected in the ways in which Marriage of a Thousand Lies nods to familiar storylines but doesn’t conform to them. This is not the well-worn coming-out or coming-of-age story where a queer teenager discovers their sexuality through a same-gender relationship and “figures it all out” before the end of high school. Lucky already knows she’s a lesbian, and she’s already come out to her family once — to disastrous effects. Her story, set firmly in the realm of new adulthood, is about negotiating the two increasingly distant paths represented by each of her sisters: leaving the family completely, or letting the family’s identity and plans take over her own. Sindu elaborates on how her novel departs from the traditional coming-of-age story:

“The more marginalized identities you have the harder it is to really find your identity as an individual… A lot of different parts of the world are telling you who you are and Lucky has listened a lot and has tried on different identities… It’s a coming of age in your twenties and what that means, figuring out how to be an adult in this world as someone with multiple marginalized identities.”

The novel also resists focusing on Lucky’s romantic relationships as the crux of her sexual identity. Her complicated relationship with Nisha, her childhood friend and ex-lover who has recently agreed to an arranged marriage, is important. But her individual identity is more so. Lucky’s identity journey is unique, focused on the intersection of “how sexism and homophobia come together to oppress South Asian queer women,” as Sindu notes. Lucky shares experiences of homophobia with Kris and experiences of sexism with her mother, but neither one knows what exactly it is to be Lucky moving through the world. 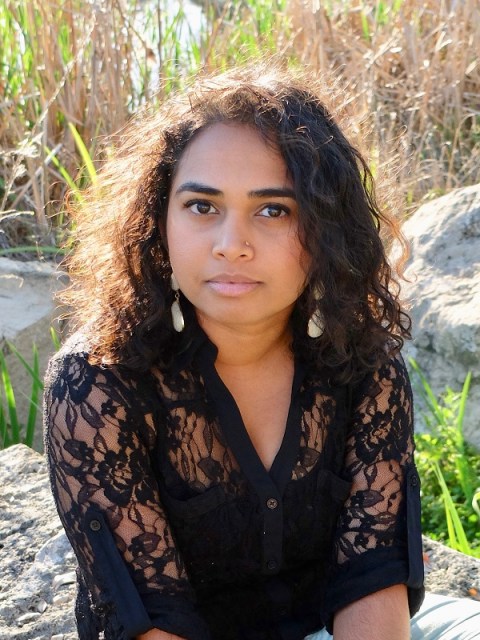 Sindu is adding Lucky’s experiences and voice to the still small but growing queer South Asian literary conversation. Marriage of a Thousand Lies has roots in groundbreaking queer South Asian novels such as Born Confused by Tanuja Desai Hidier and Funny Boy by Shyam Selvadurai, which Sindu calls “the temples in [her] development as a writer.” Sindu’s debut has a particular affinity with Funny Boy, as that book also interrogates Sri Lankan cultural trauma from a queer perspective. Sindu specifies how unique that Sri Lankan context is:

“When you’re talking about South Asian literature it’s easy to lump it all together, but there’s a certain cultural trauma that’s involved in Sri Lankan literature … because of the Sri Lankan civil war. When you have Sri Lankan characters who are immigrants, you always have to think about how they’ve lived through the war and what they carry from it. And for people like Lucky’s mother, living through the war is a big part of why she is the way that she is. It’s not just because she’s clinging to her culture, it’s because she’s clinging to the only people who understand that experience that she’s gone through.”

This debut also departs from other South Asian literature in the way it concentrates on one character over a short period. Rather than nodding to the British-influenced tradition of epic sagas, Sindu’s novel is, in her words, “very American,” because of its “short time span, [and] tight, very sparse prose.” The fact that the novel is written mainly in present tense adds to the feeling of urgency and immediacy, contrasting the leisurely, nostalgic tone often found in multi-generational sagas.

It’s the departures in this novel — from narratives of white queerness, coming of age stories, and South Asian epics — that make it such an important intervention in the canons of both LGBTQ and South Asian literature. But Marriage of a Thousand Lies is not only important: it’s also simply a beautiful book, with fresh, tidy prose, and complex, flawed characters, a novel that is at once sad and hopeful.

Join A+
Related:novelread a f-cking book