WARNING: Spoilers for Season 4 of Lucifer ahead!

Long before they moved to Netflix, Lucifer‘s title character, and his best demon bud Maze have been openly bisexual. But I’ve discussed here and there on this very website that Lucifer the show seems to have a questionable hold on what that means. It always seemed that it was only addressed under the guise of sexual deviance, and while it was never explicitly villainized, the only characters who dabbled with members of the same sex were literally from hell, or, in one case, a psychotic murderer. I loved the show, but these facts left me a little uneasy.

But the show’s shift to Netflix also gave us a shift in perspective on bisexuality, specifically as it related to Maze. In fact, Maze’s entire arc this season was centered around her feelings from Eve (yes, THAT Eve) and trying to get them across, despite being someone who isn’t all too familiar with the practice of sharing her feelings.

Let’s start at the beginning. Like, literally the beginning. Of humanity. Because this season introduced Eve, who has escaped through the pearly gates to come hang out with her old flame Lucifer again. The first time we learn she may not adhere to modern society’s attempt at a sexual binary is when resident nerd Ella was rambling and she kisses her to quiet her mind. It’s truly unclear why that happened, to be honest, but I wasn’t mad at it. And neither was Ella, frankly. Which was nice, because she’s the most religious of the bunch, so I was momentarily afraid she would have an existential crisis about it, but it was just never addressed again, which was fine by me.

At one point in the show, Maze decides (with prodding from her BFF Linda) that she should give dating a dry. She has a hilarious dating montage where she has bad first dates with men and women alike, and no one seems to suit her fancy. After one of these dates, Eve sidles up to her and they chat about dating and life and everything, and Maze is finding it so easy to talk to her that she blows off her next date. By the time Eve leaves, Maze has got it bad; it’s so rare she’s able to just be herself around anyone, and Eve made it easy for her. 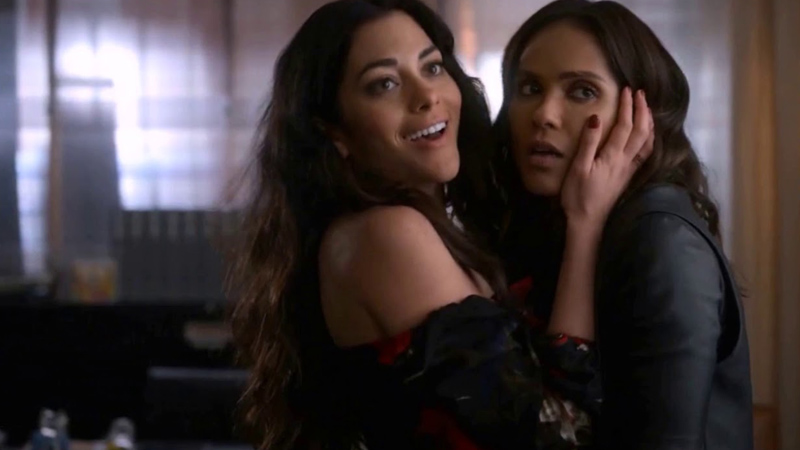 But the thing is, Eve is dead-set on winning Lucifer’s heart, and is oblivious to Maze’s crush. She decides that it would be super fun if they pretend to date to make Lucifer jealous, and of course Maze agrees to help her, even though it’s tearing her open inside. If you had asked me before I watched this season if Maze would ever be the Eponine in any situation I would have laughed in your face, but Lesley-Ann Brandt played the role with such nuance and care that it never felt out of character, just totally, painfully relatable.

The pure agony of the situation comes to a head when Maze performs a beautiful rendition of Wonderwall for Eve. Maze pours her whole heart out for Eve, trying to get her to see that Lucifer wasn’t the one for her, that she was. “I don’t believe that anybody feels the way that anybody feels the way I do about you now.” But when it’s over, after one heart-stopping moment where it seemed like Eve finally got it, she thanks Maze for the idea and says this kind of grand gesture is exactly what she needs to do to win Lucifer back. 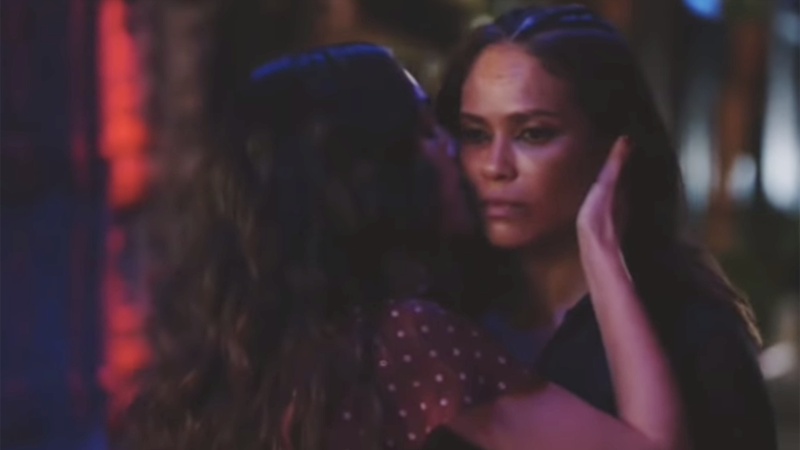 In the end, Eve admits that she felt a connection to Maze, but that she’s in no place to date anyone after almost releasing literal hell on Earth just to try to get back with her ex-boyfriend, leaving Maze broken-hearted but at least knowing that she didn’t imagine the whole thing.

Overall, despite the less-than-happy ending, the emotional masochist in me really enjoyed this meaningful, heart-stomping storyline between two bisexual beauties. As someone who has fallen for oblivious girls, or helped girls I was crushing on find the perfect thing to say to the boy of their dreams, I found it all surprisingly grounded in reality considering it was about a demon from hell and the literal first woman on Earth. There’s no word yet on whether Lucifer will be renewed for another season on Netflix, but I find myself trusting more than ever that Lucifer will continue to do right by Maze and her bisexuality. And maybe finally give her the happy ending she deserves.