Herman Cain called off his campaign, releasing journalists from their duty to report his activities with relative stoicism. Here is some of that reporting: 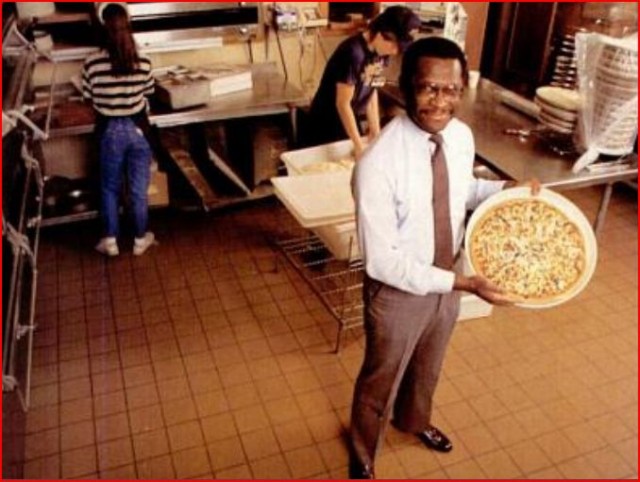 1. “[Mr. Cain] instituted a new rule: no video cameras in newspaper interviews. A spokesman for the Cain campaign said this was because “videos are typically used for television, and it’s a newspaper.'”

3. “On Friday, at the conservative Values Voters summit in D.C., Cain’s speech was received with a standing ovation and cheers when he declared in response to a question about anger over racism, ‘I have achieved all of my American dreams and then some because of the great nation United States of America. What’s there to be angry about? Angry?'”

4.  “Surrounded by much fanfare, Cain enjoyed a pastry at the [Versailles Restaurant’s] bakery, asking at one point with his mouth full, ‘How do you say ‘delicious’ in Cuban?’”

5. “Cain later told Fox News that abortion should not be legal, but the family can make the decision to break the law.”

6. “When they ask me who is the president of Ubeki-beki-beki-beki-stan-stan I’m going to say, ‘You know, I don’t know. Do you know?’ Cain said, dismissing as irrelevant ‘knowing who is the head of some of these small insignificant states around the world.'”

7. “Cain [added]: ‘Who knows every detail of… every situation on the planet? Nobody! We need a leader, not a reader.'”

8. “He hesitated again. ‘Got all this stuff twirling around in my head,’ he explained.”

9. “Ginger White said it was not a love affair, but Cain showered her with gifts and offered financial assistance for her monthly living expenses. Cain called the relationship a friendship as he acknowledged that his wife of more than four decades had no knowledge of White prior to Monday.”

10. “On Saturday, Cain announced that he was suspending his campaign for the GOP presidential nomination, and his parting words included a quote from an unlikely source: A song from Pokémon: The Movie 2000.”

11. “I apologized for calling her Princess Pelosi,” he said, before turning the questions back on Ms. Pelosi, a Democrat. “I remember when Speaker Pelosi called me and the Tea Party people ‘Astroturf.’ I don’t remember anybody asking about that story.”

12. “A spokesman for Herman Cain’s campaign said the Republican presidential hopeful was joking when he said he had offered former secretary of state Henry Kissinger his old job back.”

13. “White produced her cellphone bills, which included 61 calls or text messages to what she said was Cain’s personal cellphone, with the most recent taking place in September. The TV station texted the number and Cain returned the call.”

14. ““If you’re worried about cholesterol and calories, don’t go into a pizza place in the first place,” said Cain.”