In its second season, Light As a Feather continues to be a very consumable show. At 30 minutes a pop, its episodes are packed with story and seem to fly by. The first half of this season also benefits from not having to do any exposition or backstory. The curse is the same, so they can have a little more fun with when and how they give death predictions. I still don’t 100% understand the chrysalis thing but sometimes in cheesy horror you just have to wave your hand at the deeper mythology and accept it as the fun romp it is. Overall I enjoyed this season the same way I enjoy YA novels. I’m not sure it was really FOR me, but I was able to sink into my teenage spirit and have fun with it.

Plus, this season made up for what the first season lacked when it came to Alex, our resident lesbian. While last season everyone else had their boy drama and Alex mostly just mentioned she was queer here and there, this year it’s Alex’s love life that gets to shine. 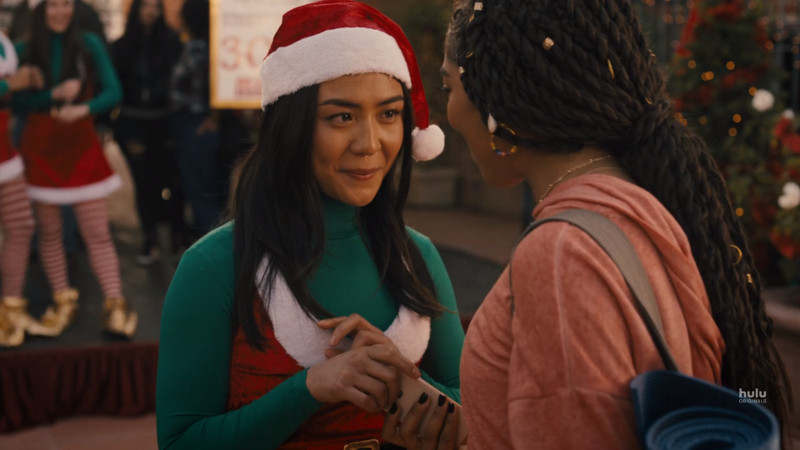 Alex meets Peri at a party, their eyes locking from across the room, sharing a cute dance. And while it turned out Peri is a college student who crashed the party and quickly learns Alex is in high school, she’s not too deterred by the lying or the age gap. They exchange numbers and share a handful of awkward dates (including one moment where Alex goes for a kiss and Peri goes for a hug which is #relatable), and then when Alex barely thwarts the dead lesbian trope again, she decides that life’s too short and that she should kiss the girls she wants to kiss, so she finally, finally kisses Peri. 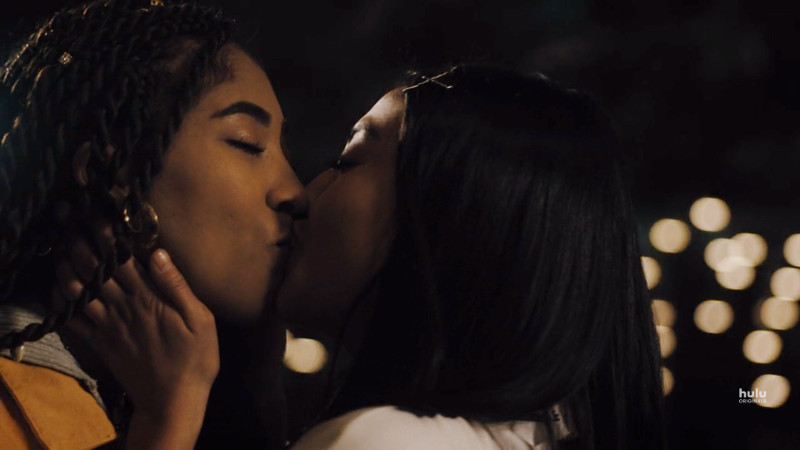 Also, their first kiss is stunning. The lights seem to sparkle, the camera spins around them lovingly. Shiri Appleby directed that episode so obviously she loves us and wants us to be happy.

In the end, Peri seems like she’s becoming part of the Curse Crew. There are some tough times when Alex has to be dodgy but eventually Peri learns to truth and she not only believes all the mystical mayhem, but she vows to do everything she can to help. The one bad thing about this being only a handful of 30-minute episodes with lots of plot to get to is that they don’t get to spend a TON of time on the relationships, so Alex and Peri do seem to go from zero to sixty, but honestly I know real life lesbians (and have known some real life teenagers) who are the same way so I wasn’t overly concerned with it. It was cute and sweet and just awkward enough to feel real. 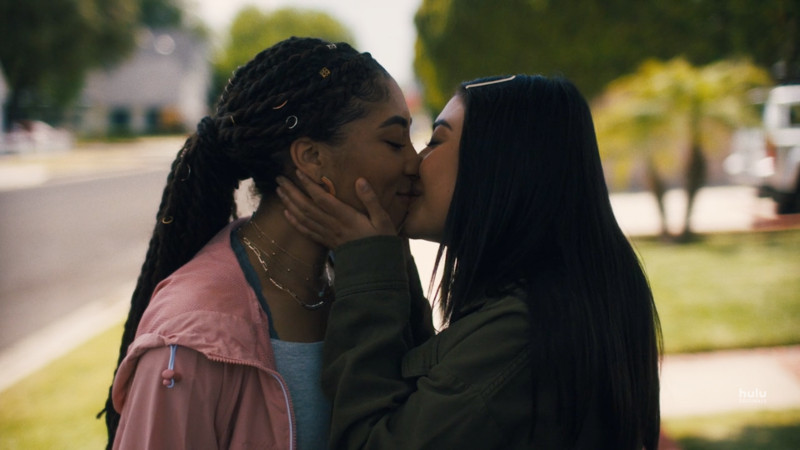 Every time a queer lady couple kisses in the sunlight a recapper gets her wings.

PS. Apropos of nothing, Mack has to go see a hypnotist at one point, and it turns out that hypnotist is Julie Benz aka Darla.

All in all, I’ve been enjoying this second season so far, it’s a little funnier now that it’s not quite so bogged down by lore, and easier to follow along. The twist toward the end of this string of episodes wasn’t exactly hard to see coming, but it delighted me nonetheless. The structure felt better and the Final Destination-esque deaths were as fun as ever.

Stay tuned and get ready to play Light as a Feather again in October!