Cooking can be one way to express care, for others or for yourself. When food is scary, sometimes literary meals can make it less so. At the Rumpus, Tabitha Blankenbiller shared her favorite cookbooks.

Queer books are still marketed to straight readers through tactics like ignoring queer history and calling our relationships “scandalous.”

At Electric Literature, Sara Harrington writes about how reading horror novels helped her deal with OCD:

“As someone who was terrified of the dark till my mid-twenties, and who still sleeps with the TV on most nights, horror was something I’d avoided. But as my anxiety grew, it became a safe haven. It gave me something else — something besides my own obsessions — to channel my fear into. The generalized fear of an anxiety disorder creates a fight-or-flight response to an intangible threat, a threat that can’t be fought nor fled from. Reading horror allowed me to take all that adrenaline and pour it into something outside of myself, something that I could see resolved at the end of the story. It gave me the gift of catharsis.”

“Nobody can read like they used to. But nobody wants to talk about it.”

“Since the late 1960s, Red Jordan Arobateau, a Black trans man, has been prolifically producing transgressive, sex-positive street lit that centers the lives of working class and poor queer folks of color—writing that helped pave the way for inclusive depictions of Black sexuality that we’re only just beginning to see in the mainstream today,” writes Naomi Extra at Broadly. 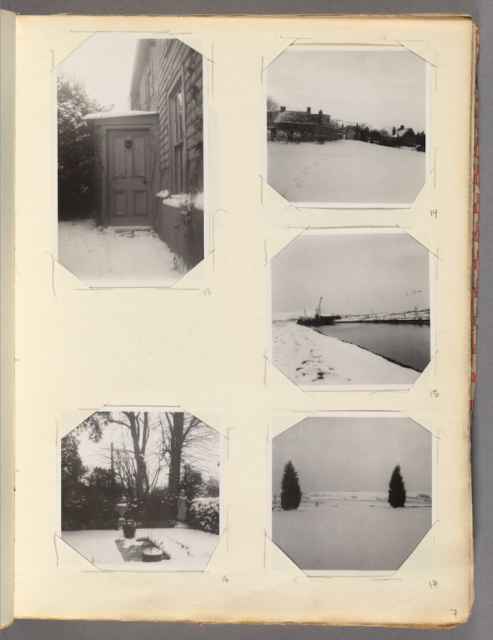 “Hansberry helped me remember that no matter what, “I am a writer. I am going to write” — and that yes, that’s radical,” writes Dianca London at Electric Literature on Lorraine Hansberry.

Fonts can be feminist.

The Oxford English Dictionary exists to create a definitive catalogue of every word in the English language, which is a lot harder as language changes so quickly on the internet: “Much as lexicographers might fantasise about capturing and fixing meaning – as Johnson had once fantasised – a living language will always outrun them.”

One of Virginia Woolf’s 1939 photo albums is now available online from the Harvard Library.

“She contains multitudes, but her point is we all do. At the same time, we are, in our endless difference, nobody but ourselves,” writes Hermione Hoby of Zadie Smith in the New Republic.

It’s impossible to get to the pure truth of anything but also maybe don’t make up your memoirs.

Readers (and publishers and authors) are still into hardcover books.

“If informative takes on internecine academic battles are your idea of a good time,” writes Will Clark at the Los Angeles Review of Books, check out The Ethics of Opting Out by Mari Ruti, an examination of the tension between definition and defiance in queer theory.

Women were better represented in Victorian novels than in contemporary ones, according to a recent study.

Read these books in one sitting. Read these ten queer Black books coming in 2018.