“Confessions is an action-adventure tale with postmodern flourishes; an academic comedy spliced with period erotica; an intimate meditation on belonging that doubles as a political proof. Its themes are sex and repression, writing and silence,” writes Katy Waldman in a review in the New Yorker of Jordy Rosenberg’s debut novel Confessions of the Fox, a hot queer summer read. 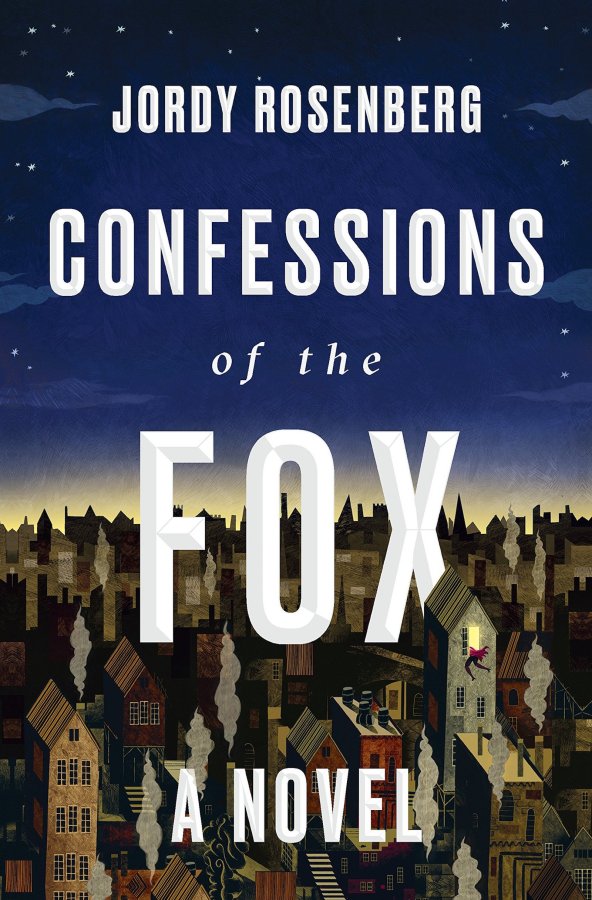 Confessions of the Fox

For more details: “There are a few terms that could describe Confessions of the Fox – historical romance, maybe. Historical erotica, maybe more. Thriller, heist story, academic drama, anti-capitalist manifesto. All of these genres weave into each other in this book, creating a dizzying and ambitious double narrative: Primarily, the story of Jack Sheppard, famed thief and jail-escapee, supported by the translations and notes of Dr R. Voth, an academic who has discovered a strange manuscript, and who becomes our guide,” writes Christina Orlando in a review at Lambda Literary. And at NPR, Genevieve Valentine says it has “a sense of revolutionary entropy, whether it’s barreling down upon us in the present or calling back from the relative safety of the past.”

“There has been a recent trend in literary fiction and memoir toward fragmented structure. In some cases, this means chunks of text separated by blank space, which visibly split the story; in others, the fragmentation is approached in more subtle ways — for example, trisecting a narrative into three parts, leaving gaps in time and perspective, fracturing the identity of a character by only referring to them by their first initial. This could simply be a shift away from the Novel in its traditional sense, but there is also something inherently queer — both strange or unexpected and homosexual — about a form that subverts the established narrative tradition.”

“The history of literature is a history of book burnings – a testament to the power of written stories,” writes Martin Puchner in a history of how writing shaped history, reviewed at the Guardian.

There will be an alternative Nobel Prize in literature from a new organization called The New Academy.

Visit queer bookstores. Just do it. Do it now.

The Lev is a community bookstore for women and people of color in Los Angeles and it needs your help.

“Fiction recreates what never happened. By recreating that potential, it addresses both past and future. It does not seek forgiveness, it seeks to understand. It does not dare to hope, yet it is hope distilled. It is both solute and solvent, resignation and conspiracy. Buried within the history of what did not happen is the possibility of redemption — at the core of failure. That redemption does not lie in words or in the writer, but in the reader,” writes Anne Michaels at Hazlitt on a definition of fiction and poetry.

Lillian Li’s Number One Chinese Restaurant reimagines the multigenerational great American novel with an Asian American cast, and at Electric Literature, Li discusses compulsive imagination, defining a space where the default is Chinese American, honest reflections of change and more.

There are more stories to tell than dead girl stories.

It’s hard to make time to write. Though it’s easier if you don’t sleep.

Submit to Hustling Verse, an anthology of sex workers’ poetry.

These are the books that famous authors most recommend.

Read these new feminist books and these books to expand your idea of what feminism looks like. Read these 50 classic memoirs by writers of color. Read trans novels by trans writers and these ones, too. Read nonbinary and genderqueer writers. Read African authors.

Read these books about music. Read these short graphic novels and memoirs.