Oh my God. They are friends. Could I be so lucky? Quick, how do I convey that I’m a lesbian? Where did that rainbow stamp go? I need it for my forehead. Good thing I’m a big homo and therefore am always wearing a bandanna, which tonight is on my wrist, and now I must flail it around gratuitously while slouching in my chair and talking about that band, you know, Tegan and Sara. Or about how, yeah, totally I love the men’s section of H&M. Turns out my cousin had already told her because she found out through Facebook and never told me (the Internet is magic), and I had just been babbling awkwardly, as per usual. It didn’t matter though. I was out, and so was she. Welcome to the Philippines! 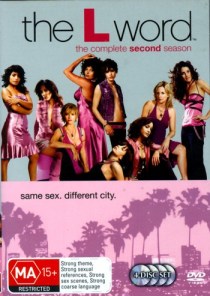 The second future lesbianformat was already at the table. Despite my suspicions of her gayness, I didn’t confirm this until a lot later, when—behold, the power of the Internet!—she found my blog and came out to me. We proceeded to talk online and text at length about the universals, y’know, Tegan and Sara (again), The L Word, how DEBS is the most underrated of all lesbian films, our own experiences. Most interestingly, though, she talked about closeting, passing, and the commonality of these practices in certain social circles in the Philippines.

Lesbians everywhere have their own system of smoke signals. Those universals were more than just coincidences; that bandana doesn’t mean I’m in a gang (I mean, not really, anyway). In an environment where our sexuality is forced under the radar, we learn to live in code.

Besides the usual suspects (y’know, patriarchy, heterosexism) another factor plays into the need for closeting in the Philippines: a lack of independence.

Most Filipino girls don’t have the two experiences that allowed me, and probably a lot of you, to have a sneaky but successful gay adolescence: driving and dorming. In the upper-middle class and onward, it’s pretty common for a family to have a driver, even for simple errands. So there’s no saying you’re going to some after school meeting and really have that meeting be, say, you and that girl messing around in her car in the teachers’ parking lot.

There’s no saying you’re going to some after school meeting and really have that meeting be, say, you and that girl messing around in her car in the teachers’ parking lot.

And with Manila being such a small city, most universities are close enough for commute, taking away the classic college “coming out upon release from the nest.” Most girls live with their parents during these formative years, and again, because Manila is a small city and word travels fast, many feel pressure from their extended families and society in general to make sure no-one finds out about their real sexuality.

So for a lot of girls, coming out isn’t really an option, at least not in the long-term.

Apparently, after graduation (either high school or college), it’s pretty common for women who have already openly identified themselves as lesbians to begin trying to date men to appease the expectations of their families. This gives the impression that lesbianism is temporary and gives rise to attitudes of denial and the possibility that one’s sexuality can be “fixed.” 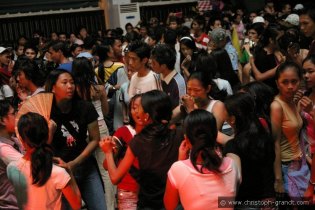 Party at the University of Manila

Both girls I talked to currently have girlfriends, and both girls are uncertain about their futures. For one girl, it’s a matter of family; as part of a high-profile family, can she afford to be gay? For her, being a lesbian is almost like being part of a secret society. She’s gay, she knows the other gays, she’s dating a gay, but it’s rarely talked about, just quietly known and subtly acknowledged.

For the other, it’s facing the classic question: bisexual or lesbian? And although this is a pretty common part of the coming out process both in the Philippines and in America, it’s not the question that’s problematic, it’s the mentality behind it. Does one question the validity of her sexuality because of feelings within herself, or is it because of societal influences insisting that lesbianism is a phase?

For my parents, and probably for a lot of Filipinos, this whole “alternative lifestyle” really is seen as a choice.

These stories finally give some light as to why my parents and I were mutually shocked by each other’s reaction to my coming out. They were appalled that I’d even consider living the rest of my life as a lesbian; I was angry and disappointed that they simply wouldn’t “believe” or “accept” that I was gay. This didn’t make sense! To anyone involved! But why would they believe that I was gay if, well, women can’t be gay. It also once again explains the utter uselessness of my favorite coming out interaction: 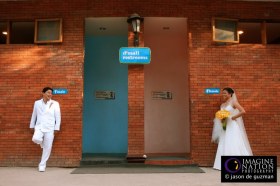 Try dating boys, as if the option had never occurred to me. Like, oh, wait, I can be STRAIGHT? Wow, I never thought of that, sorry brb becoming a heterosexual now. For my parents, and probably for a lot of Filipinos, this whole “alternative lifestyle” really is seen as a choice. And actually, yeah, in terms of coming out, it kind of is. But it’s a choice to be honest and happy and just plain satisfied with our lives. So for those of us who dare to desire truth in all things, it’s really not a choice at all.

I may better understand my parents’ sentiments now, but that doesn’t change my attitude about being out. Being willing to meet them halfway means nothing if they’re not willing to budge, ’cause that just means I’m standing here halfway, alone, in my gay shoes.

Secrets, Secrets Are No Fun, Secrets Make You a Lesbian

In the Philippines, women go from living in code to living open secrets. They hide behind marriages for the same reason that most Filipinos live behind gates—we don’t want anybody to break our shit.

Everyone’s hiding behind a lot, like say, for instance, the State and the Church behind each other. The Philippines is notorious for being one of Asia’s most corrupt countries. Ten years under a dictator who arbitrarily imposed martial law? Check. Suspiciously unfinished trials of public officials? We’ve got that too. A newspaper my dad picked up between the Philippines and Korea reported that our current president has a -40% rating. I don’t even know what that means. I thought it stopped at zero.

So what is it, really, that’s harmful? Women telling the truth and throwing off an outdated, oppressive system and taking a little power away from the established straight male hierarchy? Or a government telling lies when it can’t be trusted to deliver answers to its people?

This Is the Way That We Live. 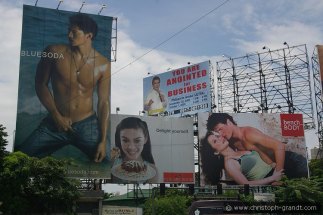 So what does all of this closeting business mean?

Is the Philippines an entire country of ex-gays living “reformed” lifestyles as realities? Maybe.

Some of us, both in the Philippines and here in the US, are trapped by circumstances that don’t allow us to be out in every, or maybe any, aspect of our lives. Whether it be something as small as growing out our alternative lifestyle haircuts to appease our parents or something as elaborate and life-altering as marrying men to keep up the charade, we have to make compromises because sometimes the price of the battle is too steep. Sometimes the fight isn’t worth the trouble. So does that make us cowards? No. It makes us women trapped by circumstance. It makes us women fighting quietly.

But there are stirrings inside the closet.

Word on the street is that things are getting better. Even the few pop culture-related conversations I had with the girls proved that we’re all gaining access to the same ideas about who and how we’d like to be or who and how we could be. We have a lot of the same heroes and the same villains (lookin’ at you, Chaiken).

There’s even a growing lesbian scene in the Filipino underground. Girls holding hands. Girls dating girls. Girls acknowledging that this is happening and knowing that lesbians exist. And hopefully there’s a spreading possibility that, yes, we can live like this, and that’s it’s okay and it’s real and you’re real and I’m real, and we’re okay. Really.