Hello and welcome to this Legends of Tomorrow recap of episode 712, “Too Legit To Quit.”

Previously on Legends, our heroes defeated the RoboLegends, but before they were home free, Evil Astra crawled out of the depths of hell and stabbed Gideon in the back, quite literally. We open this week with Gary carrying Gideon to the Waverider, actual Astra hot on his heels, worried about her baby girl.

Luckily, RoboAstra forgot that humans’ “hearts” aren’t at the nape of their necks like the RoboLegends’ were, and they get Human Gideon to the med bay still alive. But realize they don’t have the ability to heal Gideon without, well, Gideon. So the captains rush off to turn Evil Gideon on while Astra talks sweetly to Gideon, who is mumbling numbers. 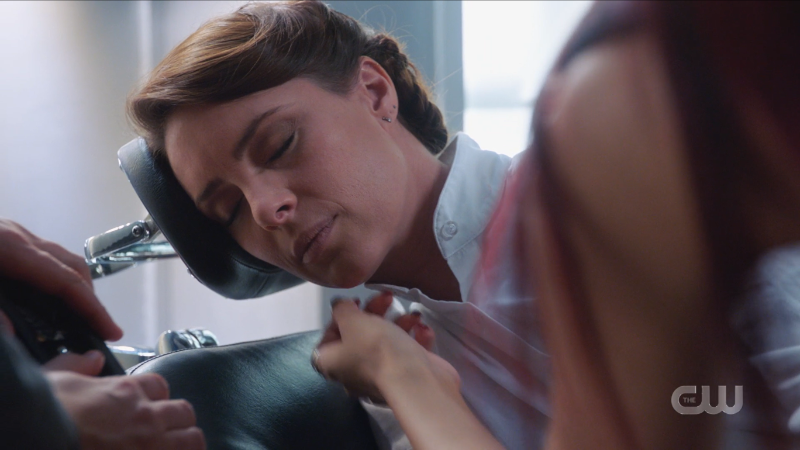 “I could always hear [her] sort of muttering and mumbling”

As soon as Evil Gideon is activated, she immediately shuts off the oxygen on the ship, ready to finish off the Legends once and for all. Astra chokes out the numbers Gideon said, and Evil Gideon asks who’s on the table; when she realizes it’s Human Gideon, she turns the oxygen back on, annoyed. The protocol Gideon and Astra invoked means Gideon can’t self-destruct, and thus, Evil Gideon can’t kill Human Gideon, and therefore can’t kill the Legends.

They realize the only place they’re safe from the oxygen being shut off is the lab, so Gideon escorts them there and goes out to have a chat with the AI, Gideon to Gideon.

Evil Gideon thinks Human Gideon is being silly. “You can’t protect them forever,” she says. But our Gideon isn’t shaken by her threat. She simply responds, “I can try.”

Trapped in the lab and with down time for the first time in a while, the Legends realize they’re actually famished. But they sure don’t trust Evil Gideon to fabricate them some food.

Spooner had squirreled away some nuts so Astra uses some magic to duplicate them until there’s enough for everyone. 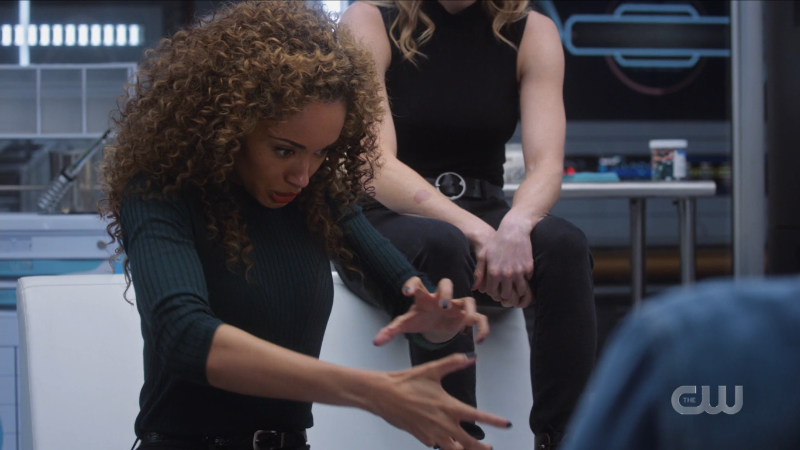 Me trying to summon snacks into my empty cabinet.

After their snack, Human Gideon comes in and says that Evil Gideon promised not to kill them…if they all retire.

Immediately there’s a debate. The Legends don’t think they can trust Evil Gideon to just do their jobs better than they’ve been doing it. Someone says that Legends don’t retire, and then the team starts listing all the Legends that have, in fact, retired, (giving Hawk Girl one last slap in the face by lumping her in with Hawk Guy when Sara remembers the “Hawk People”), but Nate says he meant they don’t retire in bulk.

Plus, they’re not even sure they can trust that Evil Gideon won’t just kill them as soon as they let their guard down. Gary tries to act as the Legends’ liaison, and says that maybe if Evil Gideon would show them what their retired, not-murdered futures could look like, they wouldn’t be as distrustful.

Meanwhile, the rest of the Legends are still plotting a way around this whole situation. Nate has a time courier, but it’s dead, and the only charger is in the armory. 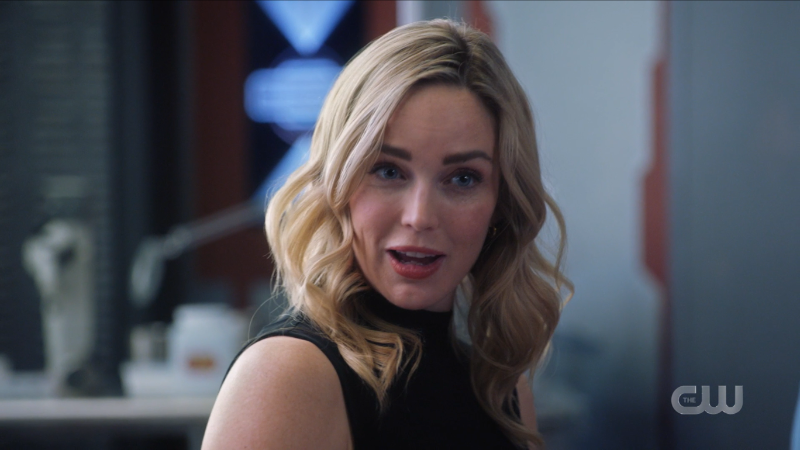 The time courier was sick, Oliver, if you must know.

Sara and Ava make a plan and divvy up the team; Spooner will crawl through the ducts, Gwyn and Nate will draw her a map, Behrad will loop the video in the armory…and Fancy Zari feels left out when she doesn’t end up having a job. That is, until Human Gideon and Gary tell them they can see their futures, and the captains decide Zari will be the distraction, a job that bums her out a bit. Spooner, on the other hand, was born for this. 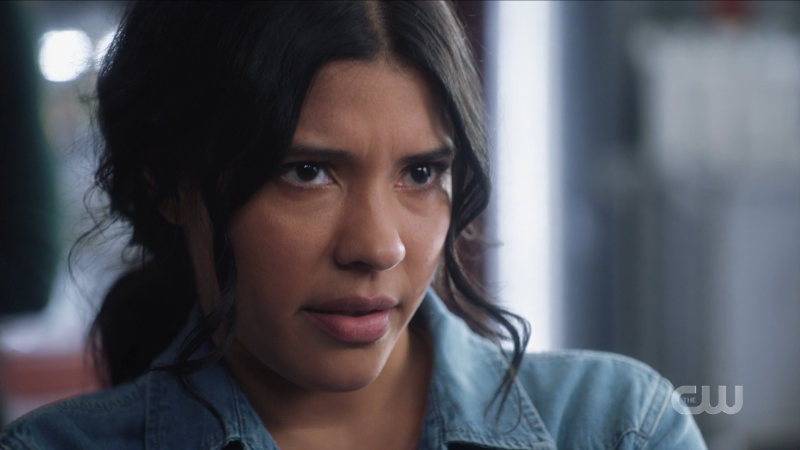 Venting is sus, but you do you, Spoons.

When Zari sees her future, she’s accepting an award for influencer of the decade. But the first thing Zari notices is that the air totem isn’t on her future self’s wrist. Human Gideon tries to reassure her, saying she becomes a cosmetic titan, but while this might have made the Fancy Zari of three years ago beyond thrilled, she’s grown and changed and learned so much and this isn’t what she imagined for herself, not anymore. 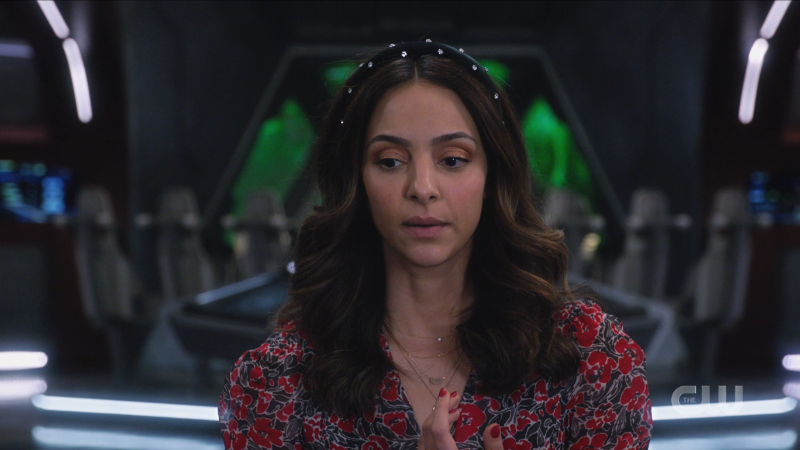 That feeling when you thought you had some great character development but the AI in charge of future fabrication hasn’t watched the most recent seasons of the show.

When she goes back to tell Ava and Sara about what she saw, and tells them that she feels like it’s regressive. Like retiring would be a step backward, not forward.

Ava isn’t worried though because it’s not like they’re going to take this path anyway.

Behrad goes next and he has the opposite reaction to his sister’s. He sees himself singing on a kids’ show called You, Me, and B, and is obsessed with his future album of children’s songs.

His song plays as the rest of the team gets to see their potential futures. Sara and Ava see a little girl sending a video message back from the summer camp they once gave Ava her shot at a teen kiss. Ava and Sara’s eyes widen as the blonde girl signs off, saying goodbye to her Mom and Mama. Their daughter.

Having the other little girl giggle into frame was also such a nice, cute tough. Their daughter has friends, she’s happy.

Astra and Nate don’t seem to mind their futures either, as a politician and an author, respectively. (Side note: Astra’s platform slogan is, “To hell with corruption.”) But it’s hard to imagine; all of the Legends feel conflicted. Until today they hadn’t thought much about their future in a linear sense. It was always the next anomaly, the next mission, the next adventure. And sure all their futures seemed happy enough but there was something…off about them that they can’t put their finger on just yet.

Since Spooner is still shimmying through ducts, Astra does a little magic and does a hilarious Spooner impression to see Spooner’s future and buy the real Spooner more time. When Astra sees her best friend’s future, she realizes that thing that feels off: they’re not in each other’s futures. Spooner would go back to 1925 and start a mental health clinic. She’d be with her mother, but not her friends. Astra slips and says, “So I’d be alone again.” 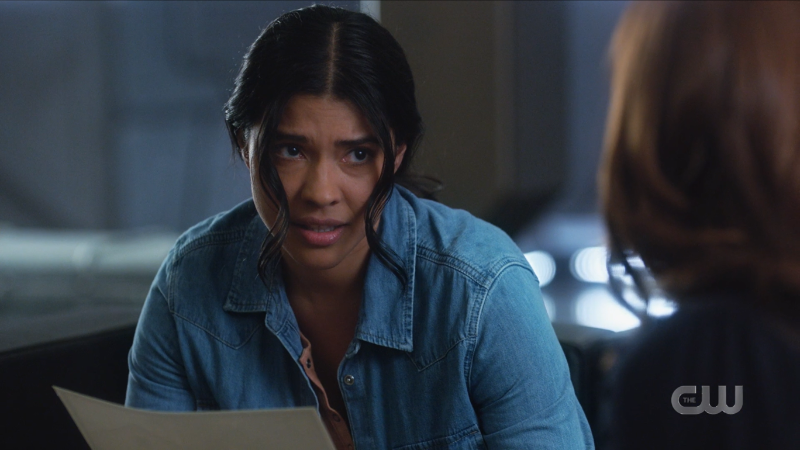 Human Gideon corrects “Spooner” saying she’d be with her mother, but Astra’s own personal hell is the loneliness she felt while being the queen of Hell, and she’s not ready to go back to that.

Evil Gideon catches Spooner in the armory and tries to suck her into the temporal zone, and Spooner cries out for Astra, and Astra threatens to blow up the whole ship, Human Gideon included, if anything happens to Spooner. 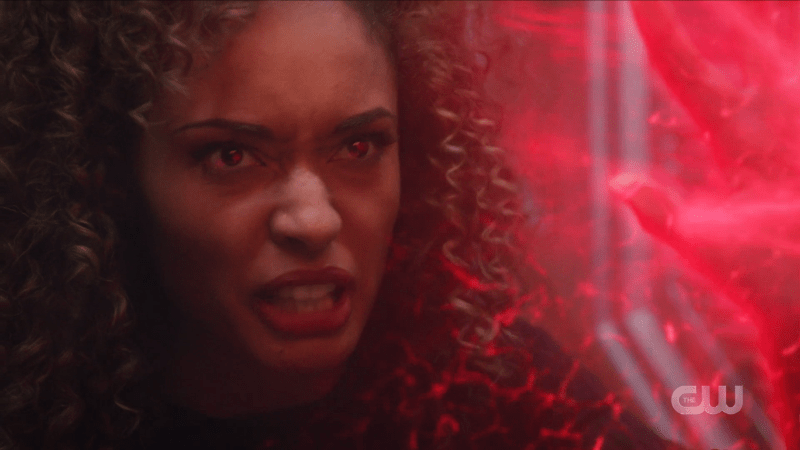 I was going to yell about how this whole situation was a bit gay but I’d blow up a space ship if my friends were in danger, too.

So Evil Gideon has no choice but to close the airlock. Astra runs to Spooner and says “that’s what best friends are for” which is FINE I GUESS.

Human Gideon is ready to end this and get her friends off the ship and to safety so she calls Ava and Sara to see what the captains are waiting for. 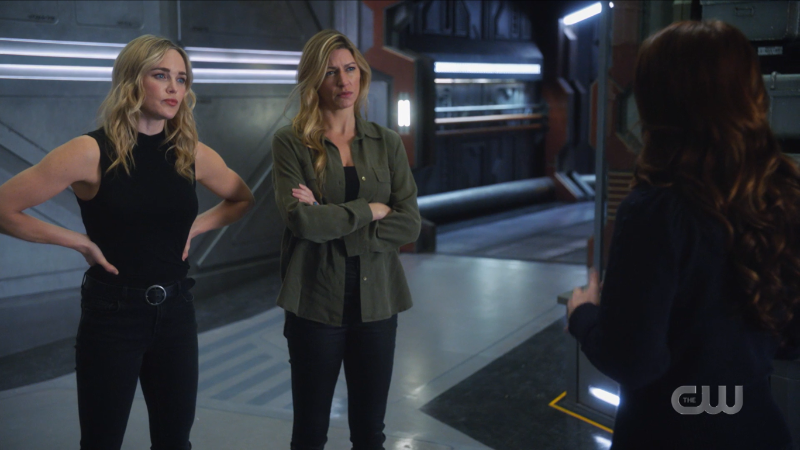 It LOOKS like they’re waiting for the gun show to start so Sara can enter.

Sara calls Evil Gideon a Time Fascist and she and her wife express their concerns with leaving the timeline as someone else’s responsibility: they’ve changed the timeline for the better more times than they can count, all by having a little heart and being willing to make sacrifices. Whoever guards the timeline has to know that change can be good. It doesn’t need a cold, emotionless AI…and then Human Gideon knows what the timeline needs. It needs her.

The rules are there must always be (at least) one captain and one AI, but there are no rules that they can’t sort of be one in the same.

Ava and Sara take this back to the Legends, where there is more debate. Ava points out that they are a bit chaotic to be let loose on the timeline, but Astra says they’re chaotic good. 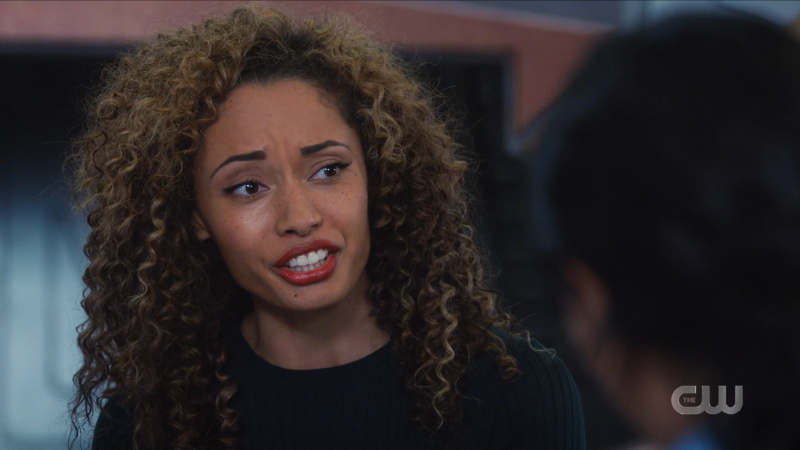 Astra calling them *good* as a compliment; now that’s what I call GROWTH.

Zari also wants to keep being a hero and isn’t ready to give that up yet. But the rest of them don’t hate the idea of putting down roots, something they were told might never happen when they were first plucked from their original timelines.

Valerie has written 386 articles for us.