We’ve all heard it before: A student gets sexually assaulted on or near a college campus and reports it to school officials, who assure them that it will be dealt with, only to find out later that their attacker was only assigned community service or made to write an essay “reflecting on [their] experiences.” The attacker may have been kicked off campus for a semester or a year, only to return once their target had moved on. Or maybe they never reported it at all, because the administrator they told convinced them they had been too drunk, or too careless, or dressed too provocatively, and therefore it was somehow their own fault. Or maybe they never told anyone, not a single person, because they didn’t believe it would make a difference.

These are the kinds of stories Alexandra Brodsky hears all too often. Brodsky is a central organizer of Know Your IX, a new campaign aimed at informing students of their rights under Title IX, the federal civil rights amendment protecting against sex-based discrimination in education. Although the law has come to be known for its role in women’s athletics, it’s actually a far-reaching piece of legislation protecting people of all gender identities. 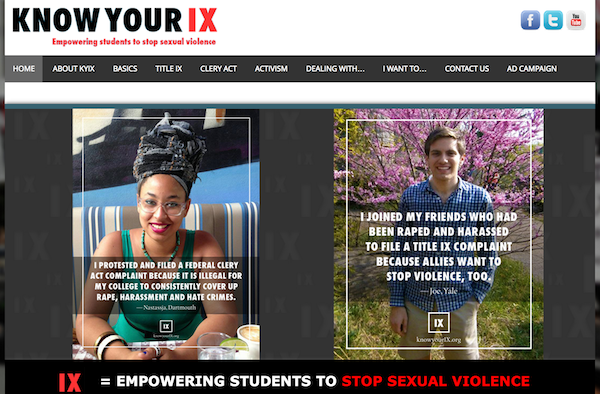 “Students who know their rights are better able to advocate for themselves if they face violence,” Brodsky says. “If their rights aren’t being respected, [they] are able to take action.”

The Know Your IX site, launched Tuesday, is already packed with information on those rights, from a breakdown of Title IX and the related Clery Act (requiring schools to report all rapes that occur on campus) to how to file a complaint against a school to starting an activist group. Brodsky and the rest of the about 30-person team also spent months collecting stories for their “Dealing with…” section, which gives advice on a variety of topics based on activists’ own experiences. For a project that only started in March, it has an impressive collection of clear, well-written, legally vetted advice.

“This is all very deeply bedded in a lot of our experiences,” says Brodsky, who in 2011 joined 15 other Yale University students in a complaint against their school alleging violation of Title IX requirements to address sexual misconduct on campus. Yale has since overhauled its sexual assault response practices, and Brodsky says that success is one she hopes to see elsewhere. But as she met more sexual assault survivors and activists, she says, she began to see a common theme: “Most of us just didn’t know. We didn’t realize that we were guaranteed these rights, so we just went along with it.” 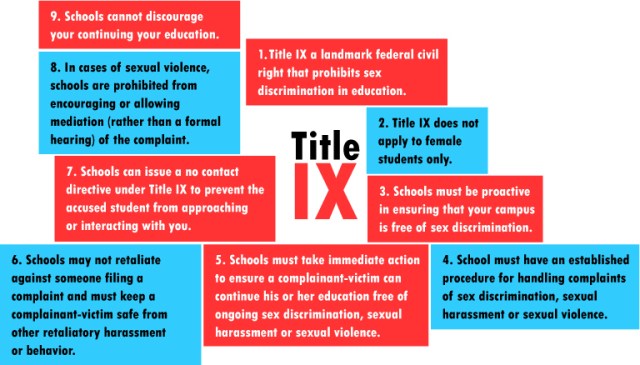 The group has also made diversity a focus, and the “Dealing with…” section includes pages on navigating homophobia, religious belief, and being a male survivor of assault. This is crucial to the campaign, because it emphasizes the universality of sexual assault and confronts the idea of the stereotypical “straight-performing, white, cis woman” as a rape survivor.

“The reality on the ground is that not all survivors are this one particular type,” she says. “Not that it is easy to be a straight white survivor, either, but I think that people who deviate from that are less likely to be believed.”

Survivors who don’t fit the popular image — especially if they are gay or gender nonconforming — often evoke less sympathy, too. “There’s this weird way in which we sort of eroticize victimhood, and if you’re not up for being somebody’s girlfriend, you end up being less sympathetic,” Brodsky says.

A sexual assault case came into the spotlight when I was the editor of my college newspaper, and at the time, I thought we did a pretty good job of covering it. Now that I’ve seen the site, I realize I never once heard the term “Title IX” mentioned in discussion of sexual assault at my school. Had it been, it would have been clear that several actions the university took — including pressuring the survivor to take medical leave — may have been Title IX violations. 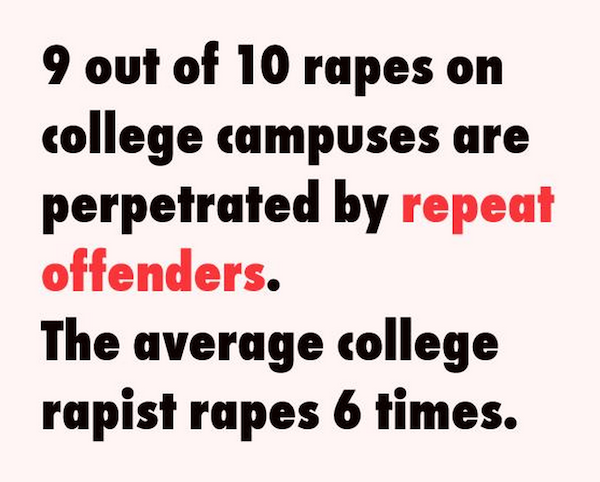 Although it’s too early to have gotten much response, Brodsky says they’ve been encouraged by a few schools that have asked to use the campaign’s materials on their own campuses. For schools with particularly egregious track records, she says, “I hope that we’re making them nervous. I hope schools realize that their students are going to start calling them out.”

And given the prevalence of sexual assault in the United States, where according to the Rape, Abuse, and Incest National Network someone is attacked every two minutes and 44% of victims are younger than 18, it’s crucial to provide support for as many kinds of survivors as possible.

In the hopes of doing that, Know Your IX is asking those who come across their campaign to submit their stories or get involved in activism at their own schools. If a question you have hasn’t been addressed on the site, email the organizers at knowyourix@gmail.com or use the contact form on their website.