Last week, Spencer asked Coop what was next for her and, at the time, she didn’t seem to have an answer but by the time we catch up with her this week, she’s seemingly found it: she’s focusing on her music again. With posters of some hip-hop legends — 2Pac, Biggie, Nipsey Hussle and Jam Master Jay — looking down on her, Coop bangs out a new beat on her MPC. As her creation flows through her headphones, Coop looks as happy as we’ve seen her in a long time. You love to see it. 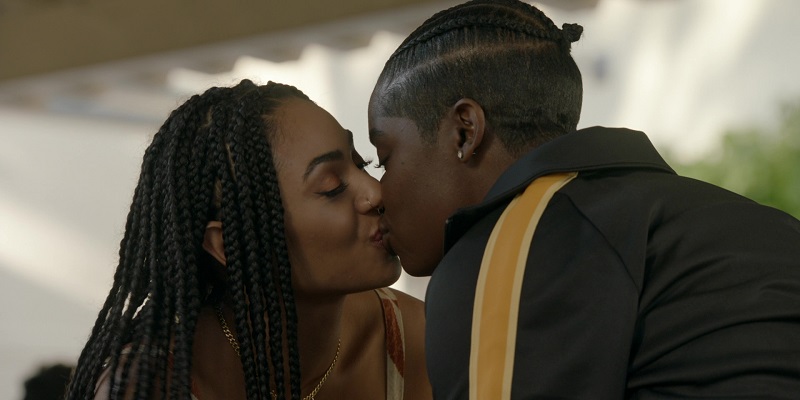 Coop takes her new project and shares it with Patience who, of course, loves it. Not “loves it because you’re my girlfriend and I have to say I love it,” but really and truly loves it. Patience says she’s looking forward to hearing the lyrics but, so far, nothing’s come to Coop. Every time she sits down to write, she ends up staring at a blank page (#relatablecontent). Patience volunteers to come over to give her girlfriend some inspiration and, naturally, Coop is definitely down for that. They share a quick kiss before Coop plots a quick getaway for an inspiration session after school… and that’s when everything starts to go wrong. Coop suggests they head to Patience’s house since it’s closer — which, you know, practical — but what Patience hears is that Coop’s still not willing to invite her to her house.

“I don’t get it,” Patience says. “How do you go from facing down a whole entire gang one day and then being afraid of your mom, the next?”

Coop’s a little taken aback by Patience’s reaction and, truth be told, I am a little too. Patience knows that Coop’s mom welcomed her back home not because she’s okay with her daughter’s sexuality but because Tyrone was a real threat to Coop’s safety. Achieving a real reconciliation between mother and daughter will take time and it does no one, including the person insistent on a resolution, any favors by forcing it. While it (spoiler alert!) ultimately works out here — of course it does, this is TV — I wish Coop had been allowed to lead, rather than be pushed… the person coming out should always be in charge of setting the pace of their journey.

Patience asks if Coop moving back home means moving back in the into the closet too, since she hasn’t been invited over since Coop moved back in with her parents. Coop tries to reassure her girlfriend — her mother knows she’s gay, after all — but Patience challenges Coop to be gay in more than name only. With so many folks at school already mad at her for “snitching on Tyrone,” Coop can’t bear another person being mad at her so she tries to worm her way back into Patience’s good graces. It’s a challenge — Patience drops Coop’s government name so you know she’s in the doghouse — but Coop turns on the charm, drops a few saccharine bars about how much she loves Patience, and for a moment, it seems like she’s succeeded.

Spencer interrupts the reconciling couple after stopping by to check out South Crenshaw’s football practice. He may have been gone from the school for a minute but when someone crosses Coop, Spence steps right back into the protector role we saw when we met him in All American‘s pilot. As is her wont, Coop tries to diffuse the tension and it leaves Spencer wondering what happened to the Coop who used to speak her mind. Patience concurs; suddenly Coop doesn’t speak her mind at school or at home. As Patience stalks off, Spencer wonders what happened between the couple and Coop explains that Patience is upset that she hasn’t had her over for a while. Spence recommends the obvious remedy — invite her over — but Coop’s not ready to put Patience and her mother in a room together.

“Look, Patience is your girl and she fell in love with the Coop that speaks her mind no matter what… the Coop that I’ve known my whole life,” Spencer reminds her. Coop tries to assure him that she’s the same person that he’s always known but based on what he just saw, Spencer disagrees.

Later, Coop’s mother finds her on the porch, working on her music. While some things have changed, Coop’s love for music has been a constant, dating back to the days when she’d perform a rendition of “Another Saturday Night” for her mom. Coop admits that she hasn’t been able to find the right words but her mother encourages her to not get bogged down in a search for the right words but to stay focused on how the music makes people feel. Coop uses the moment to bring up Patience who volunteered to help her pen some new lyrics — apparently, that whole bit about inspiration wasn’t a euphemism for sex, my mistake — and, though Coop’s mom is outwardly perfectly nice about it, the mere mention of Patience’s name causes her jaw to clench.

When Coop mentions that Patience might stop by tomorrow night to work on song lyrics, her mother dismisses the invitation: she’s having her church group over tomorrow. Coop promises to stay out of their way but her mother still doesn’t think it’s a good idea: “You know how judgmental they can be.” Coop reminds her mother that her church group already knows that she’s gay but her mother retorts, “But we don’t need to go flaunting it in their faces, do we? I’m just trying to protect you and Patience, that’s all.” Coop’s mother retreats back into the house before her daughter can respond.

Whatever my quibbles with All American, it’s moments like these that truly separate the show from nearly every other one on television. Everything about the scene between Coop and her mother felt real and lived in… it’s not just that All American is telling this story, it’s that they’re doing it in a way that feels authentic. The “flaunting it in their faces” line hit so hard, I felt it in my spirit. 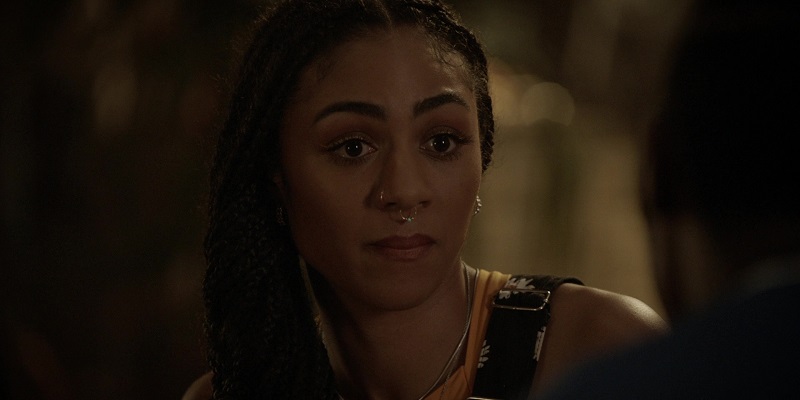 This is Patience’s “oh, you done fucked up now” face. I’d recognize it anywhere.

But while the conversation with her mother leaves me feeling even more sympathetic towards Coop, Patience is not having it. She’s convinced Coop didn’t try hard enough to get through to her mother. Patience tries to push Coop to be more assertive but, frankly, Coop’s just happy that her mother allowed her to move back home and doesn’t want upset things too much. It’s more than just an interest in keeping the peace at home that’s keeping Coop quiet: speaking her mind has led to so many people getting hurt. But Patience reminds Coop that her silence is hurting her and, even if she’s not saying it out loud, her mother is saying they shouldn’t be together every time she makes Coop hide who she is. Again, Patience isn’t wrong, but it seems out of character for her to be this aggressive about it… she was more sympathetic when Coop was talking about infiltrating a gang.

Finally, Coop finds her voice and urges Patience to back off. She says, “I tried talking to her. It didn’t work. She told me words don’t matter, so it doesn’t matter what I say or how many times I say it. She is not going to hear me.”

The next day, Coop’s at home trying to pen some lyrics to go along with her beat when she gets a voicemail from Patience. She apologizes for their fight but says she loves Coop too much to watch her live “a don’t-ask-don’t-tell kinda life.” Coop listens to the message over and over again and, just as she promised, Patience gives her the inspiration she needed. Instead of talking to her mom or silencing herself, Coop tries another method to get through to her mother — one that’s always worked for them in the past — music. Without any interruptions, Coop tells her story on the song and makes it impossible for her mom to ignore. 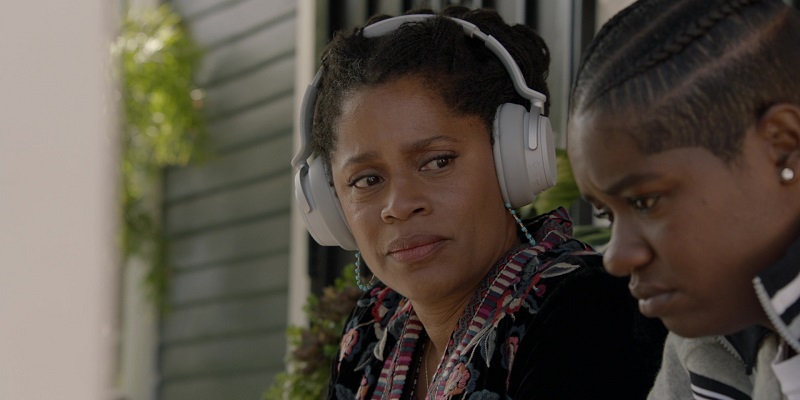 “I guess the words really do matter.”

“If I told I’m this way and I like her, could you still look me in my face or would you say some things to make me run away? Would you tell me that I’m sinnin’? This ain’t god’s work? Baby, you ain’t livin’, shit I changed my ways to try and make you listen,” Coop raps over the beat. “If I turn suicidal, when I slit my wrists all on your Holy Bible, would you turn your back or would you hold me tighter? If I’m layin’ in the hearse, would you cry because I’d never wore a skirt Or you be mad because I didn’t tell you first?”

It’s a scary message for a mother to hear — how close Coop’s come to death, even by her own hands — but it’s enough to elicit a promise that she’ll try harder from now on… and Coop believes her and so do I.