Once again the epidemic of intimate partner violence against Black trans women has reared its horrifying head; Keyonna Blakeney, a 22 year old trans woman, was murdered in Washington, DC. Her body was found in a Red Roof Inn, and police are reporting that she may have been engaging in sex work. Blakeney becomes the ninth trans person reported murdered this year, meaning that if this pace keeps up, 2016 will break the horrible record that last year set of the most trans murders reported in the United States in one year. 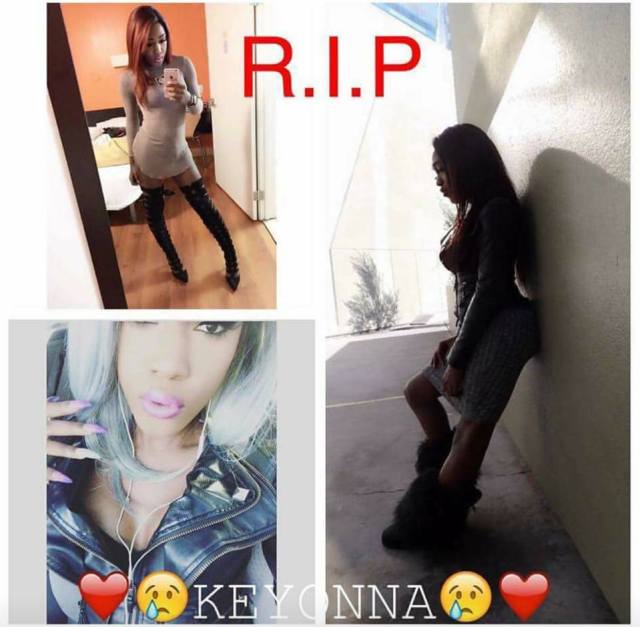 Reports first came in on Facebook via a post by Foxx Jazell, who said that Blakeney “was celebrating her birthday” just a few days ago. Jazell also pointed out that her murder was likely due to the sex work that she was engaged in, which is often one of the few places trans women and especially trans women of color can turn to for solid employment, but is also a huge source of violence for them. While many men are much more than willing to sleep with trans women and pay us to sleep with them, many of them also associate sleeping with trans women with shame and guilt, and often turn that into rage. Whether it’s shame at what they’ve done or fear that others will find out that they slept with a trans woman, those negative feelings often manifest as real violence toward trans women, and again, usually trans women of color.

This is a huge problem, and it’s a problem that lies with men. If the men who sleep with trans women would step into the light and stop associating trans bodies with fetishes and shame, the number of trans women murdered in the US would drop significantly. I’m far from the first trans woman to say this; others like Cherno Biko, Laverne Cox, Janet Mock, Angelica Ross and Jen Richards have been saying extremely wise things on this topic for years. But honestly, there’s not much that women can do other than to tell men that they need to step up. The men who sleep with trans women have the power, and they need to use it to protect trans women.

Keyonna Blakeney joins trans women Monica Loera, Jasmine Sierra, Maya Young, Kourtney Yochum and Shante Thompson, genderfluid teen Kedarie/Kandicee Johnson, and trans men Kayden Clarke and Demarkis Stansberry on the list of trans people murdered in the US this year. Once again, nearly all of these people have been Black. Police are asking people with information on Blakeney’s murder to call 240-773-5070, or 866-411-8477 if you want to remain anonymous. A reward of up to $10,000 is available. There’s a fundraiser up to raise money for her memorial services. We mourn Keyonna and hope that her death is the last one we hear of for a while.