Kevin Can F**k Himself was sold to me all wrong: What if the wife in an Everybody Loves Raymond-style sitcom finally had it with her lazy, narcissistic, misogynist husband and his merry band of enabling friends and family members? But I already know what happens when that wife’s done with her husband’s bullshit. She nags and whines and acts out and gets mocked into the ground by her husband and his parents; she becomes the punchline. Or, I guess it’s more accurate to say she remains the punchline. Anyway, that’s not Kevin Can F**k Himself. Here’s how AMC’s dark comedy deserves to be described: What if Thelma and Louise fell in big canonical bisexual love while engaging in a misandrist bender with all roads leading to a murdered husband? Now you have my full and undivided attention! 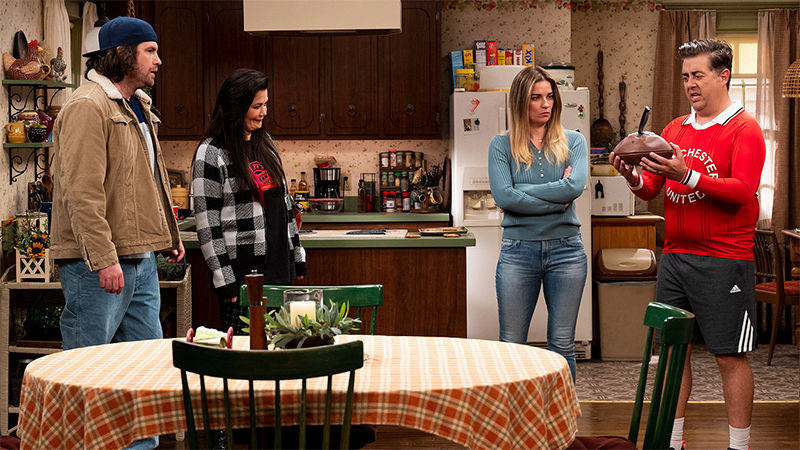 In a way, I suppose, Kevin Can F**k Himself is both of those shows — quite literally. Creator Valerie Armstrong’s concept for the series came from a podcast episode she heard years ago about how brilliant actresses in their 30s get stuck playing sitcom wives. Armstrong elaborated on the vision for Vulture: “A sitcom wife walking offscreen with a thing of laundry and the audience laughing in the background. But when she walks through the swinging door into the kitchen, we don’t stay with the funny husband. We follow her. The laugh track cuts, and we’re straight on her face and she’s miserable. I just saw her looking straight into the camera and saying, ‘I fucking hate my husband.’ ”

That’s Allison McRoberts (Annie Murphy), the long-suffering wife of the titular Kevin. Half her life plays out under the bright lights, laugh track, and multi-cam set-up of a traditional family sitcom that takes place in Worcester, Massachusetts. The other half plays out in a darker, single-camera format where she’s forced to grapple with the fact that her husband is a controlling, abusive asshole who has secretly blown their entire life-savings — her life-savings, really; she contributed every penny — on fake sports paraphernalia. The money represents a future that helps her deal with the depressing situation she’s in right now, and when she finds out — from her neighbor, Patty (Mary Hollis Inboden), years after the fact — that Kevin blew it all and didn’t tell her, she decides she’s going to kill him. 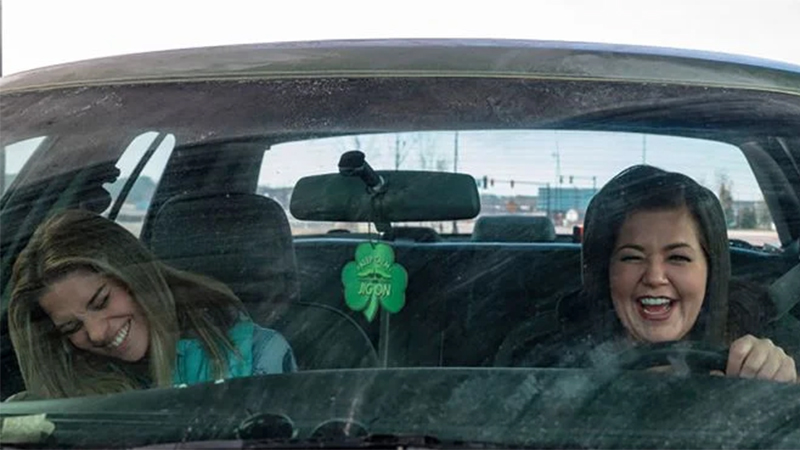 It’s two shows in one, and the juxtaposition is jarring. It’s also illuminating. Kevin is very clearly terrible. He’s a piss-baby man-child from the opening scene. He belittles Allison, he spreads rumors about her to retaliate against her when he’s angry at her, he wastes their money on things like Bill Belichick’s game hoodies, his favorite restaurant is basically Chuck E. Cheese, his idea of a good anniversary date is a garage party with cheap decorations and a beer pong tournament, he has no boundaries with his friends or family, and he acts as if the entire world is set up to look at him and laugh at his jokes. Seeing him inside the sitcom, you’d know he’s terrible. Well, you’d know. Most of America? Well, that’s just boys being boys. But when you watch Kevin’s sitcom paired with Allison’s increasingly despairing dark comedy, when you see how his infantile retaliations to her actions are played for laughs inside his show as they’re torturing her in the other show, you’ll sympathize in a mighty way with her murder plans.

Luckily, she’s also got her neighbor Patty for that. Patty starts off as one of Kevin’s sycophants, but as the show progresses, she finds herself increasingly sympathetic to Allison’s plight. And then she finds herself joining Allison’s plot to off her husband. And then she finds herself genuinely connecting with Allison… to the point of falling for her. Patty’s sexuality awakening happens outside of Allison. She’s got a kinda shit boyfriend that she doesn’t really care about, and then she catches feelings for the detective who’s investigating the ring of people dealing Oxy in Worcester. The detective, Tammy, returns Patty’s feelings. They go on a date! They’re cute together! It’s too bad Patty also happens to be one of the city’s Oxy dealers. 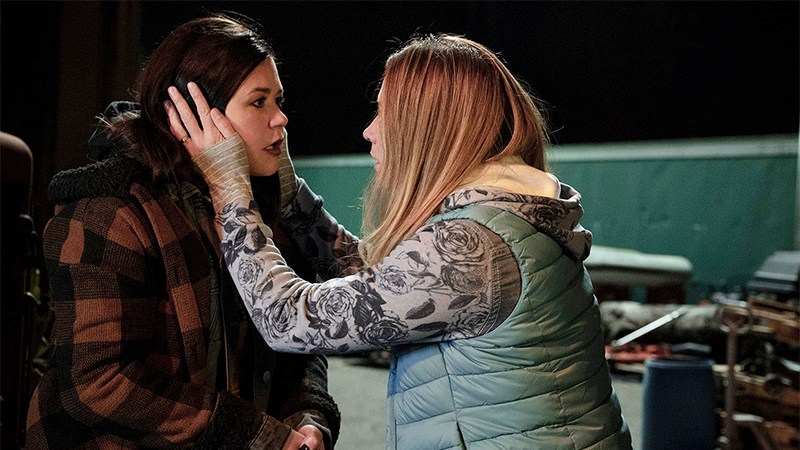 I don’t want to spoil too much but as Allison and Patty barrel past the point of no return with their murder plans (and past the point of no return in confessing their feelings for each other), things take a bunch of real wild twists and turns that leave both women clutching hands — Thelma and Louise-style, in the kitchen where Allison broke out of Kevin’s sitcom for the first time — so deep into their scheming that it’s hard to see any way out but over a cliff.

Kevin Can F**k Himself is streaming on AMC+