On May 10 of this year, I got in my bed and prepared to watch the Oakland born & raised artist, Kehlani, in their first virtual concert, It Was Live Until It Wasn’t. They would be performing their most recent album, It Was Good Until It Wasn’t, in its entirety. The emotional intelligence and vulnerability of Kehlani’s music truly came through in this project, and it was exciting that a visual element was going to be added to deepen my admiration of it. I was excited to see what songs would be performed and how they would be sequenced throughout the set. I was consumed with anticipation to see if her raw emotions would come out through the performances, and wondering if I would connect to them even more than I already did. When they stepped out onto the stage after Lexii Alijais’ intro — a sense of calm seemed to illuminate off of them. It Was Good Until It Wasn’t is an album soaked in the beauty, pain, and lust that can often fill a relationship, but as she performed the feeling of catharsis was ever-present. It wasn’t just a concert, but a gift for her younger self — wrapped in a melodic embodiment of empathy and present-day wiseness. 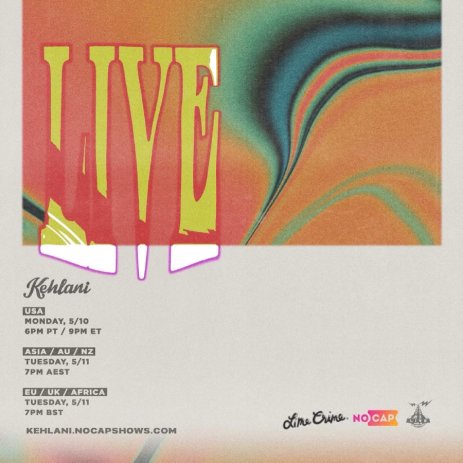 Kehlani has always been a master of fluidity and queerness. Both in her varying style of dress, but also in her overall demeanor. She never seems afraid to carry herself in a way that aligns with masculinity in things like posture or interactions with those around her, while dressed in a more femme presenting way, or vice versa. She has always acknowledged that her appearance does not fit the mold of what is typically envisioned for a female pop star and unapologetically embraces that at all times. I am a highly femme presenting cis woman looking to tap into more of my fluidity openly. So when I watched them confidently adorn a striking white jumpsuit while onstage, It was a glimpse at what could be ahead for me. For the entirety of the time that I’ve been out to myself as queer, I have battled internalized homophobia. I wanted to steer clear presenting in any way that may present as masculine because I thought it would be a sign that gave away my identity. It was something nice for others, but not for me. I have begun imagining myself incorporating gender-fluid clothing into my wardrobe, and being less cautious about always moving through the world as strictly femme. To embrace the grey space between masculine and feminine would be to embrace all of me and I’d be able to breathe a sigh of relief.

During the concert, I felt especially connected when they began to perform songs off their previous works and It brought me back to their first project, Cloud 19. A friend sent me the Soundcloud link to the album in 2014 and at the end of the eight-track mixtape, I was in love. Captivated by its sleek production and escaping into the even bolder lyrics. I was introduced to the album at a time that coincided with me having an inkling that I might not be straight. I hadn’t yet come out to myself or even accepted queerness as a part of my life. 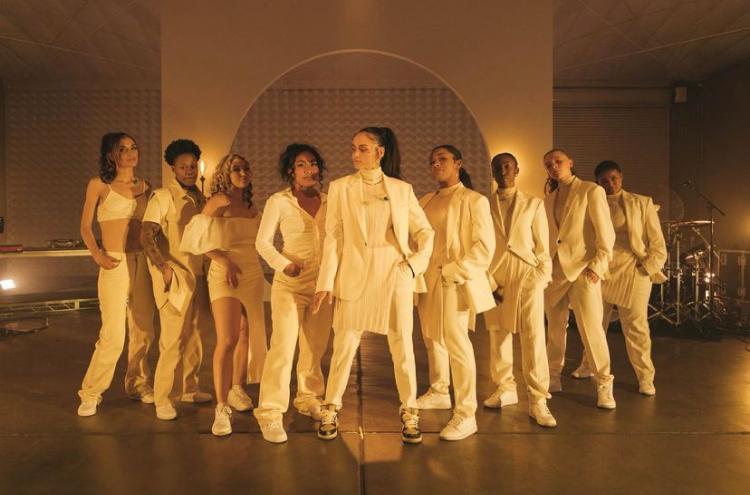 On the track 1st Position, Kehlani sultrily sings “Girl let me put you on with something real, wanna show you how it feels — to rock with something trill..” Their unabashed delivery of this one lyric was startling but comforting and was enough to make me want to explore this artist’s world. She was singing to a girl in the song and in doing so was being open about being part of the LGBTQ+ community, both of those were mind-blowing to me. Being openly queer wasn’t something I’d yet to consider as an option for myself, but listening to (and often replaying) this three-minute song was making it a possibility. 1st Position presented me with the idea of accepting my queer identity but Honey — that song made me feel like once I did I would blossom in it. When they performed the song during the virtual concert, I realized just how much Kehlani’s music is a soundtrack to my personal growth. Released in 2017, the song has a simple guitar melody and may have been written about their lover at the time. During the concert, it was one of the few selections that had no choreography, maybe to match the sweet vibe of the song. It allowed me to focus on the soft vocals and gentle lyrics, helping me to escape into it just as I had before. The song has always felt both hard and soft to me, matching how I felt about queerness as I grew into it. Queerness was presented as this safe space, despite any imperfections I had. I would imagine a time when it would no longer be something I needed to get acclimated to — but part of my self-actualization that provided refuge. 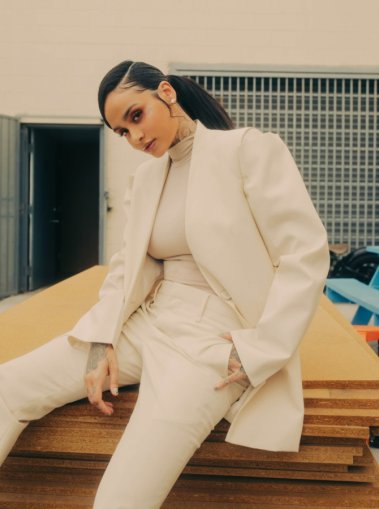 A song that equally contributed to my growth, but wasn’t performed is What I Need, a high-energy pop-esque song with Lesbian Jesus Hayley Kiyoko, about not settling in relationships. They sing about being someone who is not afraid to publicly proclaim a queer relationship. The song made me reevaluate myself during my coming out process. I was out to myself and my friends, but not to my family. The song helped to bring up necessary concerns about what I wanted my future queer relationships to look like. And it made me ponder what I’d be able to tolerate in one should I end up with a partner that wasn’t out. It talked about boundaries and deserving more, instead of the shame and self-deprecating narrative that I usually heard when closeted queerness was the topic. It would have been great to watch her perform such empowering lyrics with the ever-present aura of peace that was surrounding her.

As I watched Kehlani end the choreography to the song Water, with her background dancers of varying gender presentation, and an all-girl band — the concert came to an end. As the concert ended and the live stream faded to black, I felt a sadness in my heart. Those songs and the memories that I have attached to them, helped me express or process parts of myself that I otherwise could not do. To be able to watch it play out in front of me was comforting. Having that be over, meant there were parts of myself that had to go back into hiding, even within the four walls of my room — I wished there had been an encore. I, like Kehlani, have not had the traditional parental figures in my life due to death and unfortunate circumstances. Although I have a support system in my other relatives, I’ve had to map out and envision a life without those figures. There are also many preconceived notions that are placed onto me because of the way that I physically move through the world. I have not let these characteristics make me jaded, but let them make me into a resilient and optimistic person. Those are attributes Kehlani has helped make me feel like they were within reach for me due to their openness about their own life. 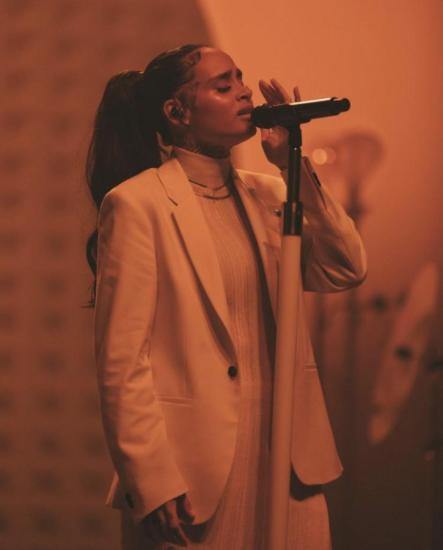 Being comfortable in my queerness was not something that felt attainable to me, mass media fed me images of queer that were all much older and white. Very few people in pop culture lived or spoke about life in a way that felt familiar to me, until Kehlani. They were one of the first people that made queerness — especially in music — feel accessible to me. I’ve used their music over the years as pillars of inspiration and strength. Their artistry has shown me that evolving is nothing to be ashamed of but something to proudly build upon. Most importantly, through them, I’ve learned everyone’s journey and realization of queerness is valid. No matter your age, stage in life, or previous use of labels — your story is valid, and there is always more love and joy to be found. What a beautiful message for a queer Black girl, like me to carry around.

A young black bi woman who writes about film, tv, Blackness, Black womanhood, beauty, and mental health. A closeted baby gay that has to keep my identity anonymous for...reasons. Queer Hannah Montana, if you will. I can be found eating chocolate and mac 'n cheese, rewatching my comfort shows and movies for the millionth time, or discussing how all systematic oppression must be abolished.

M has written 2 articles for us.