Justin Kelly’s JT LeRoy is not a great movie. In fact, it’s pretty bad. And yet in so many ways it’s the perfect JT LeRoy movie, the inevitable conclusion to this whole twisted saga.

For those unfamiliar with the hip lit scene of the late ’90s or the critically acclaimed and morally questionable 2016 documentary Author: The JT LeRoy Story, JT LeRoy was a writer and public figure who stumbled into the spotlight with the novel Sarah. LeRoy was born in West Virginia to a 14-year-old sex worker who quickly initiated JT into sex work as well. Assigned male at birth, JT credited their desire for a “sex change” to their mother dressing them in feminine clothing at a young age.

Except, of course, none of that is true. JT LeRoy was a made up persona. The books were written by Laura Albert, played in this film by Laura Dern, and the person schmoozing as JT in literary, fashion, and film circles was her sibling-in-law, Savannah Knoop, played here by Kristen Stewart.

This adaptation of Knoop’s memoir Girl Boy Girl begins with the first time Knoop meets Laura Albert. Dern perfectly captures Albert’s unsettling allure as she embraces Knoop and calls them an artistic genius for a handmade duct tape backpack. Albert quickly reveals that she is JT LeRoy and recruits Knoop to play him. One polaroid turns into a photo shoot turns into an interview and pretty soon Knoop as JT is getting drunk with celebrities and negotiating movie deals. They’re also falling for Eva (Diane Kruger), a European actor and director (based on Asia Argento) who is interested in JT and even more interested in adapting Sarah. 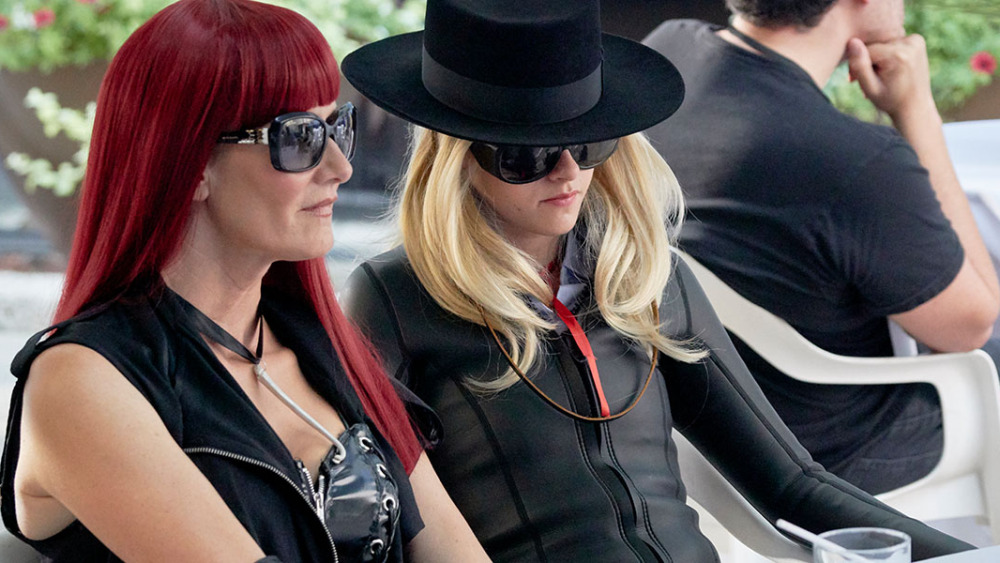 Kristen Stewart is a cis woman playing an AFAB non-binary person playing an AMAB non-binary person created by a cis woman. And the movie insists that gender is one of its main concerns. Whenever Laura gives a speech about wanting a persona to be distanced from her body, Stewart’s Knoop gives a sheepish “I get that.” The film regularly hints that Knoop participates in Laura’s scheme in part because they enjoy their time as a boy.

The renewed interest in the JT LeRoy story is unsurprising. More and more, artists and audiences are asking questions about who has the right to tell what stories. And, of course, that discussion includes whether cis actors can play trans parts. The consensus among progressive circles is present day binary trans people cannot be played by cis people…  unless a character is brought back for a reboot (cough, cough). But there seems to be much less consensus in regards to historic trans people and non-binary trans people.

I don’t need to tell anyone on this lovely, horny website that Kristen Stewart is a phenomenal actor. There are a few stellar moments in the film where she’s given the space to simply play off the other actors and live in the drama. Despite the cult of celebrity around her, Stewart’s actual acting is always subtle and nuanced and a true joy to watch. But when the film tries to say something about gender it’s incredibly cringe-worthy. Some of this is the simplistic writing and some of it is Stewart’s performance. There are moral issues around casting cis people in trans parts, but more than anything cis people just aren’t good at playing us.

It’s important to note that Savannah Knoop co-wrote the script with Kelly and approved of Stewart’s casting. Gender is also more complicated than trans vs. cis. The genders that self-identified cis people have range as drastically as those of trans people. I can’t pretend to know how the oft-androgynous and very gay Stewart feels about her gender. But with her casting one has to wonder how invested Kelly truly was in examining the gender aspects of JT LeRoy. Is the trans experience a theme of the film or is it simply an attempt to shoehorn cultural relevance into a shockingly dull biopic? 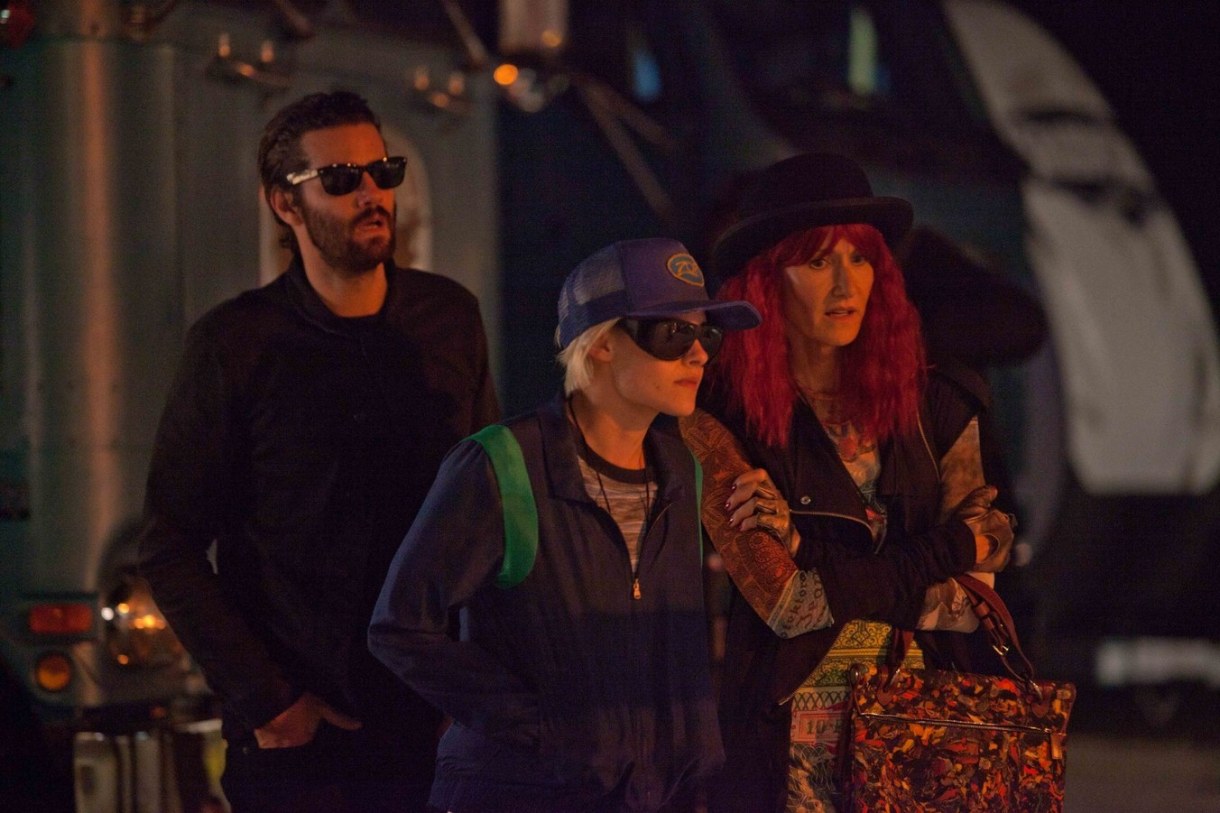 The initial JT LeRoy story was filled with toxic stereotypes. Trans women are not boys whose mothers dressed them in girl’s clothing and now want a sex change but still use he/him pronouns. This was an invention by Laura Albert based on her own socially reinforced misconceptions around transness. And then on top of that she used a 20-year-old closeted trans person to further her charade. If there’s a group of people with the deepest cause to be angry at JT LeRoy it isn’t the parade of gullible celebrities who got off on being close to gritty, authentic trauma. It’s trans people.

And so I’ll say again, of course this is the end of JT LeRoy. A cis director has gathered a collection of very famous, very hip cis actors to retell this story in a way that oversimplifies the trans experience. In a recent interview about their solo exhibition, Screens: A Project About “Community,” Knoop said, “It’s like I have clawed my way out of some zone where I felt that people were presenting me as a two-dimensional cut-out.”

I’m happy for Knoop’s success as an artist and I’m happy they were involved in the making of this film. But when it comes to Hollywood it feels like we’re all still clawing.