Jinkies! It’s finally happened! Scooby-Doo’s intrepid nerd detective Velma has finally solved her way right out of the closet! The longtime lesbian icon is now, officially, gay! And no, I don’t mean in that winky half-butt Disney and Marvel way. I mean the new animated film, Trick or Treat Scooby-Doo!, is basically a lesbian rom-com, in which Velma falls for a villain, and then she learns to loosen up as the villain learns to tighten up, and then the villain saves the day because Velma has changed her for the better, changed her for good. Oh my god, you’re right: That IS the plot of D.E.B.S. The new Scooby-Doo is basically animated D.E.B.S.! 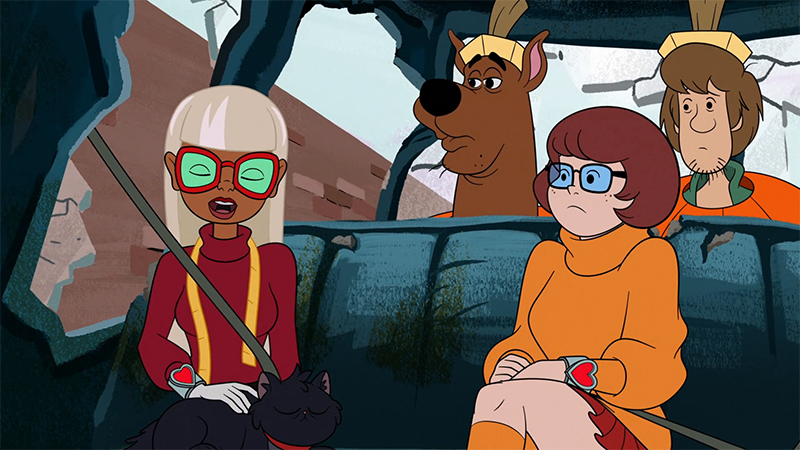 Trick or Treat Scooby-Doo! is actually a very funny movie for people who grew up on Scooby-Doo. The set-up is that Mystery, Inc. decides to look into the person who’s making all the masks they keep pulling off of bad guys at the end of every movie/episode. They find out it’s Coco Diablo, designer and mastermind of one of the most notorious costume crime syndicates in the world. Once they have her arrested and carted off to jail, crime stops because criminals don’t have access to high quality disguises anymore.

That means Mystery, Inc doesn’t have anything to do, which is especially hard on Fred who doesn’t even know who he is if he’s not micromanaging everyone in his vicinity at all times, so he wishes for crime in a magic well and suddenly the balance of good vs. evil is in the hands of Mystery, Inc. 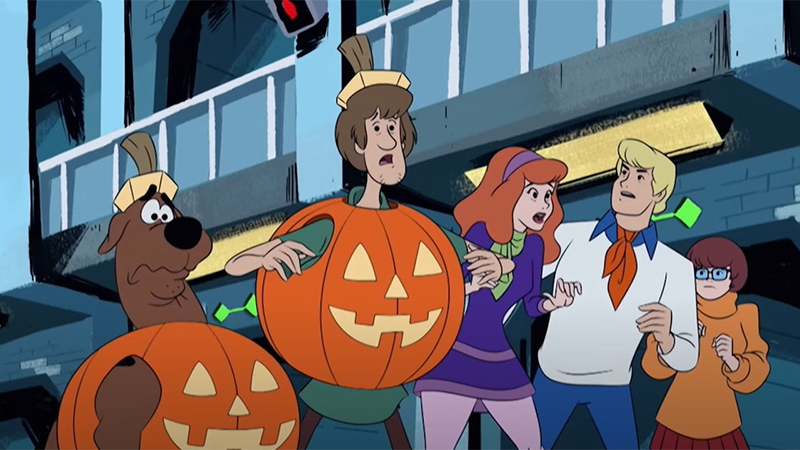 It’s Coco Diablo who sets Velma’s heart aflame. And also her cheeks. She blushes so hard every time she looks at or talks to Coco, I’m surprised her face doesn’t catch on fire. When Velma first peeps Coco, in her atelier/lair, Velma diagrams her, assessing her for both attractiveness and gayness. The evil cat best friend is a dead giveaway on the latter. Velma likes what she sees! Her glasses fog up with longing! After they put Coco away for her crimes, Velma buys her memoir. “The prose is surprisingly poetic,” she tells her friends, before finally admitting to Daphne that she’s got BIG GAY FEELINGS for their archenemies. “I’m crushing big time, Daphne!,” she squeals. “WHAT DO I DO? WHAT DO I SAY!” It gets even more complicated when they spring Coco Diablo from jail to help them solve their new case. Velma says it might be a tight squeeze in the van, but she doesn’t mind. Coco could just sit in her lap! Finally, her awkward bumbling is rewarded with reciprocal flirting, all science projects and library puns. Coco calls Velma “the cute one.” And Velma’s gets so hot she literally melts her glasses off her face.

I would love nothing more than Velma and Coco to become an epic star-crossed good vs. evil will-they/won’t they. A modern day Root and Shaw.

You can rent Trick or Treat Scooby-Doo! on Amazon for $5.99 or wait until October 14th when it comes to HBO Max and Cartoon Network.