I consider myself an expert in very few fields; there are many many (many) people in the world who know more than I do. Yet there is one topic I am incredibly well versed in, the width and breadth of this subject is my bread and butter. That subject? White Women Having Breakdowns in TV & Film. Perhaps it began when I watched hours of Judging Amy as a youth with my mother. Or maybe it was my devotion to ER, or Grey’s Anatomy or literally any Nancy Meyers’ movie — the list is long.

With this pedigree, one could imagine my delight upon discovering The Morning Show, the AppleTV+ headliner that is… well, it’s certainly adjacent to being good TV? It has all the hallmarks of prestige drama: the cinematography, the cast, the sets are all spectacular. But somehow, it’s like looking at prestige TV through a funhouse mirror. At first glance, everything looks right, but the more you look at it, the more distorted and confusing it becomes. In spite of this, I have entirely lost my mind for this show, I have watched every episode multiple times, I have tweeted about almost nothing else for a month straight, and now that I am facing many long, cold months without it, I am unmoored. Why has this show borrowed directly into the reptilian pleasure center of my brain? It is in large part due to the exquisite breakdowns that Jennifer Aniston’s character, Alex Levy, has on an almost per episode basis. For your convenience, I have ranked them here. Spoilers abound, of course, but let’s be honest, no one is watching this show! 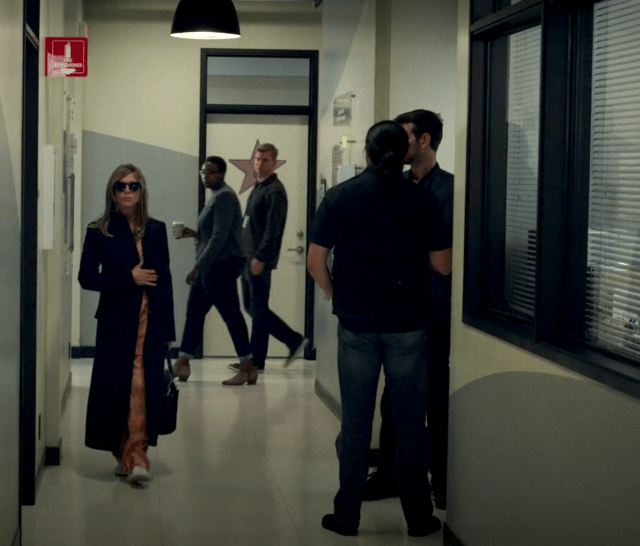 The show starts strong with a classic of the white woman breakdown (WWB) genre. After discovering her co-host of the last fifteen years has been fired for sexual harassment, Alex does what white women in media have been doing for decades: she gets drunk at home, tries to go to sleep and decides instead, she should go to work at 1:30 in the morning, in silk pajamas and sunglasses and sob about the mess that is her life in her ex co-host’s dressing room. Whomst among us hasn’t felt this urge? Warning: you might get written up in Page Six for this behavior, should you be tempted to try it! Trust no one, especially not the underpaid staffers whose names you don’t know!

#6. Alex Tries to Exercise Her Feelings Away, Fails. 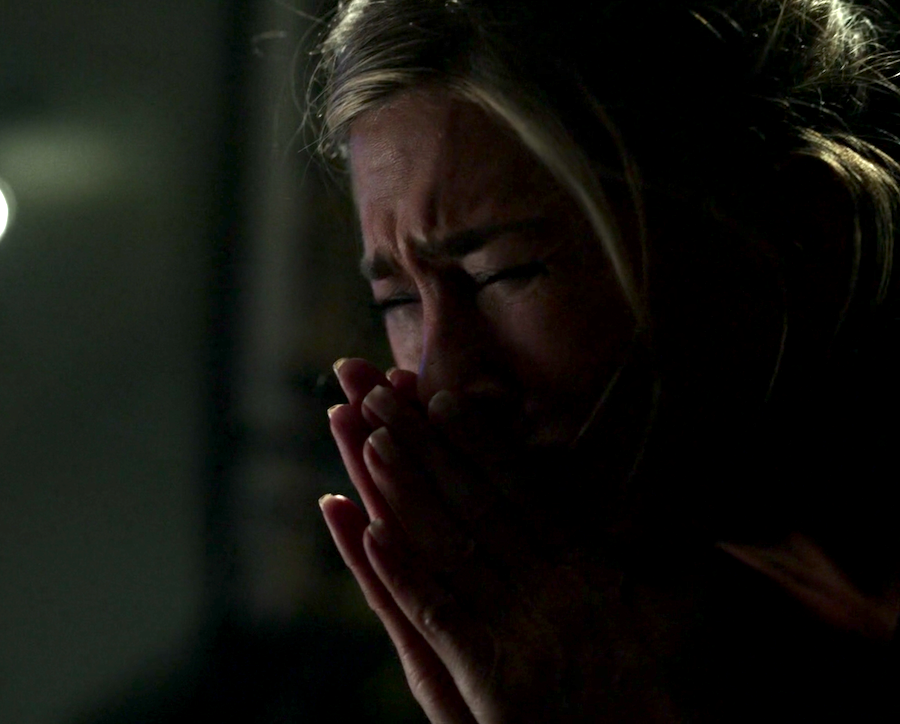 Another classic of the WWB genre is the futile attempt to exercise away all of your feelings. Running is the White Woman Approved™ exercise for this particular kind of breakdown. Pilates and yoga require too much breath control to allow for the eventual flood of tears that will no doubt strike you down as you attempt to literally run from all your feelings. Swimming will do in a pinch (no one can tell the difference between your tears and water!) but for the Manhattan penthouse set, a treadmill is perfect. Here, Alex is attempting to outrun her feelings about finally telling her daughter that she is getting a divorce from Commodore Norrington. She is beset by sobs about a minute in.

#5. Alex Realizes Her Job is a Lie; Loses it On Air 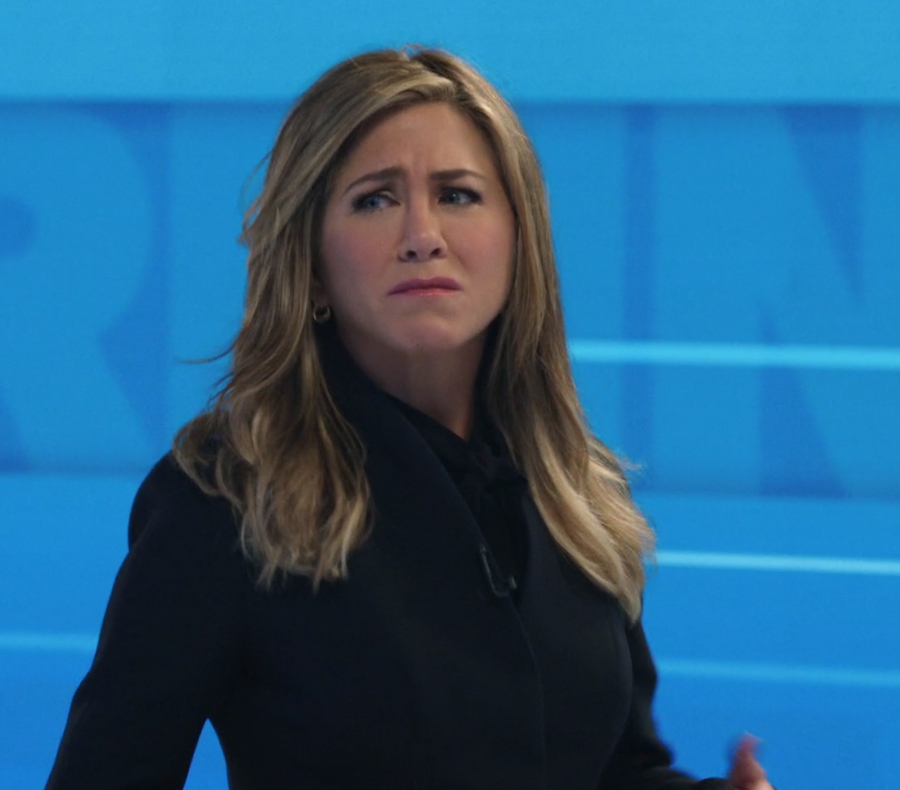 It is a testament to this show that this truly bonkers on air meltdown just breaks the top five. After Hannah’s tragic (and infuriating!) death, Alex finally realizes that she has been complicit in the culture of silence at The Morning Show, and her complicity has afforded her the small measure of power that she has so desperately clung onto. Of course, she has this realization about three minutes before going on air, and spends the first moments of the broadcast pacing the set, sweating and sighing like a spooky morning news specter while wandering around on camera. Then, she decides to join Bradley in calling out the president of the network for his creation of the toxic culture that pervades TMS. Then the broadcast is cut! What a wild ride!

#4. Alex is Accosted by a Man on The Street for a Selfie; She Screams at Him Instead 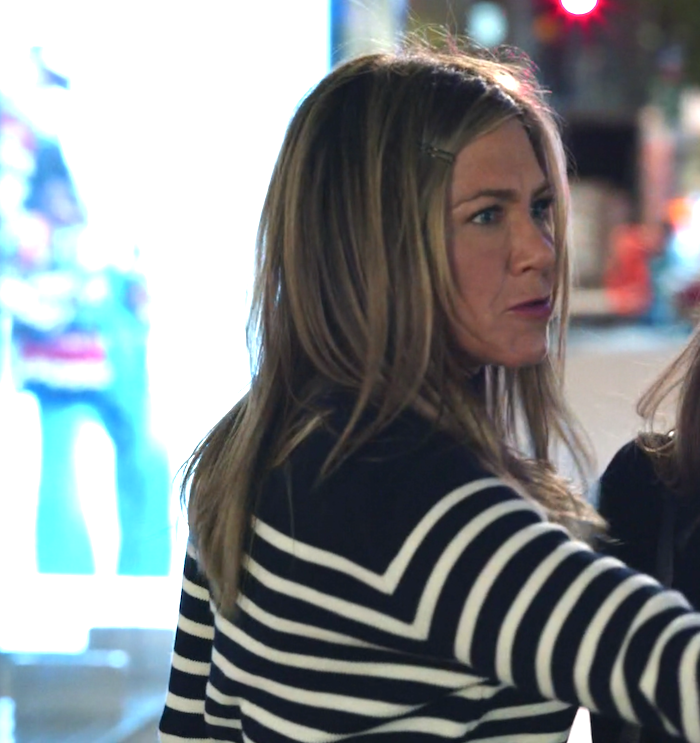 You know that feeling when you’ve been the co-anchor of the most popular morning show in the country for the last fifteen years, and you have to chase your new co-host (girlfriend?) down the street at 6:00AM so you can convince her to stay with you, but a random man asks you for a selfie? Well, our girl Alex does, and guess what, she does not have time for it! After (kind of) trying to politely dodge, Alex goes absolutely off and screams that he does not OWN her just because she is on his TV every morning while snatching his phone away. Bradley eventually gets her to return the man’s phone, but tbh I am fully on team Alex on this one!

#3. Alex Talks about Dogs on Air & Sobs into Her Turtleneck 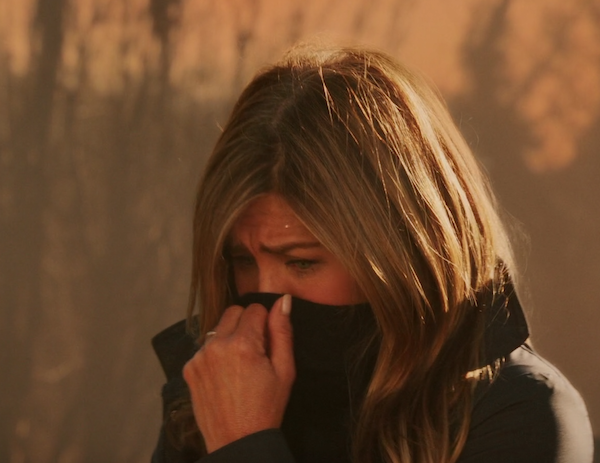 Here’s the thing about being a busy working white woman: sometimes your husband asks you for a divorce and in order to avoid the consequences of that, you agree to cover the fires that are ravaging California. Alex spends a good chunk of the time she is on location staring at baby photos of her daughter, which puts her on quite an emotional precipice when she has to talk to a kind man who has rescued stray dogs from fires in the neighborhood. He makes a point of talking about how important it was to keep families together, and Alex can no longer pretend that her hiccuping sobs are due to smoke inhalation. One of the dogs wanders over to her and she drops to one knee and just barely chokes out the words “look at this big guy.” Her mic is cut shortly thereafter. Whoops! 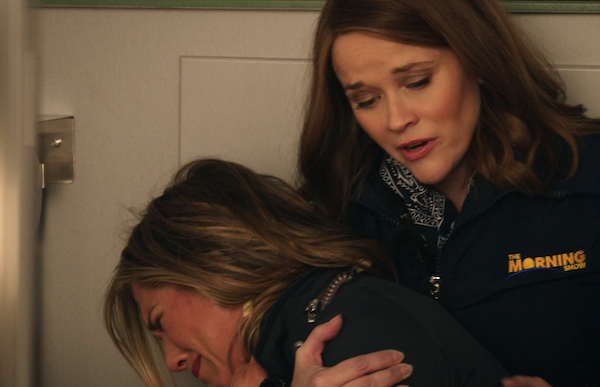 After breaking down into sobs on air about dogs, Alex rushes back to her trailer to try to pull herself together. Spoiler: she cannot! On the scale of WWBs, throwing up while a friend (*cough* girlfriend) holds your hair back and then sobbing into her arms is another classic of the genre. Emotionally damaged white women absolutely love to have their walls come down while they are pretending to be absolutely fine, thank you very much. A plucky upstart who won’t hear no for an answer bursting through the emotional scaffolding that you have built up for years? You will grudgingly accept her help and then immediately shut her out the minute you can catch your breath! Some things just can’t be helped! 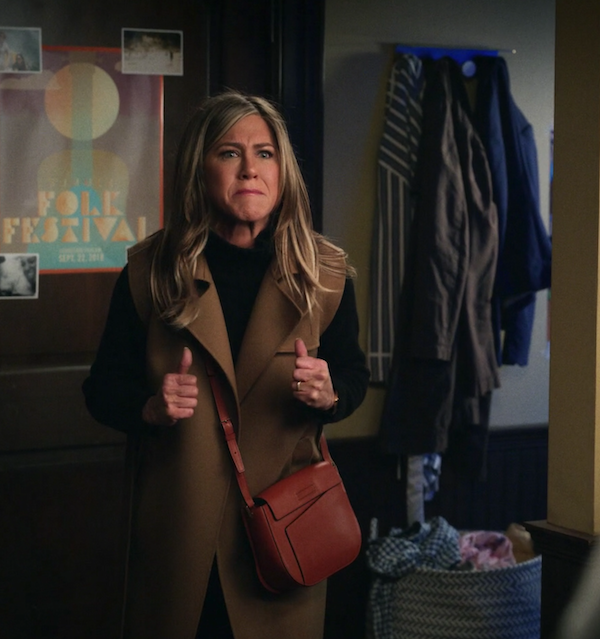 Look. Alex Levy is not a good parent. Honestly, I don’t think even Alex would say she is a good parent. But her daughter? Is garbage. In fairness, the majority of the problem is the writing and the acting: Lizzy reacts to things like a ten year old, not a bored, rich teenager. But it has to be said, sometimes fictional kids suck! Alex makes the trek to Lizzy’s boarding school to try to explain why she is getting a divorce. She brings an apology pizza and is wearing the most exquisite sleeveless Max Mara trench I have ever seen with my own two eyes.

While Alex comes close to getting through to Lizzy, the minute she hears her say “Fuck you,” the tiny shred of control Alex was white knuckling her way through is gone. She launches into a rant that starts with “fuck you kid,” touches on how she broke her vagina giving birth, how she wanted to make something out herself and ends with Alex taking back the pizza she brought, only to throw it out the minute she slams the door shut. Genuinely every moment of this interaction is thrilling, it is the greatest WWB I have ever seen, it should be enshrined into halls of fame from now until forever, amen.

Christina has written 182 articles for us.