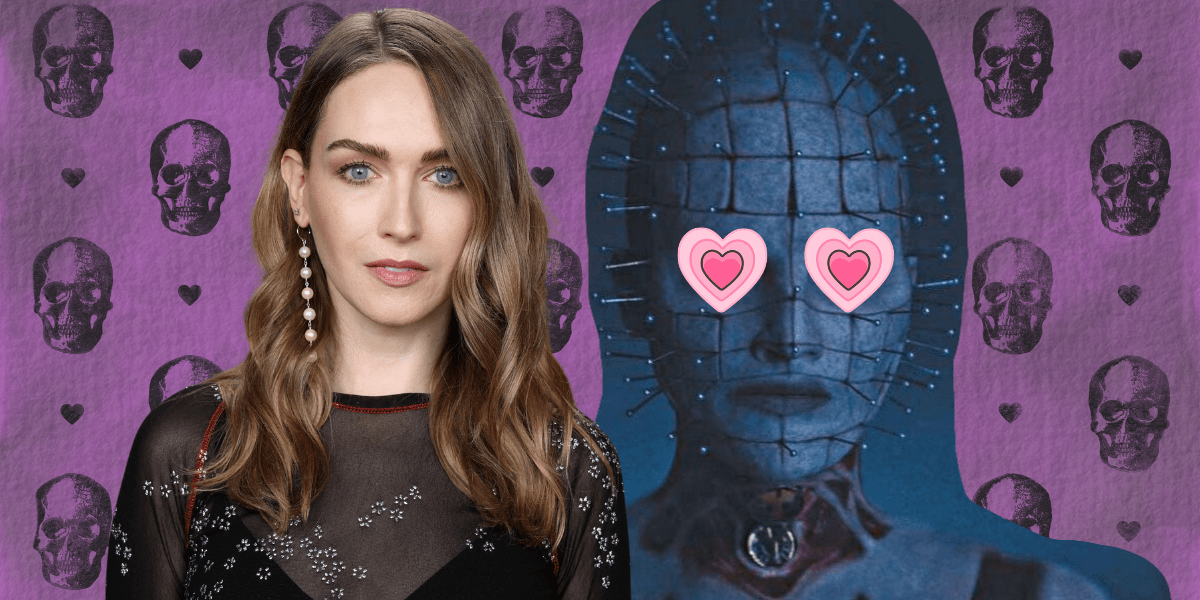 For the last few days I keep trying pinch a little time here or there to go outside and enjoy the last days of summer, but life keeps getting in the way! 🥲

It’s ok, the errands I’ve been running instead will be good for me in the long run. Sometimes that bittersweet reality just has to be enough.

I will not be seeing it, because this is about fifty-eleven levels past my comfort place for “things that go bump in the night” however, as summer wanes into fall and spooky season sets upon us, it is my duty in solidarity with horror gays everywhere to share a first look photo of Jamie Clayton’s Pinhead in the new Hellraiser. It comes out on Hulu October 7th.

The Lesbian Literary Luminaries of the South (brought to you by Laneia, the lesbian Southerner of my very heart)

“If these policies are allowed to stand, many will legitimately question whether the law exists not to protect members of our community, but to harm them.” Investigating Parents of Transgender Youth Has Agency on ‘Brink of Collapse, this lead to a really good conversation today between me and A. Tony today in the Autostraddle office because CPA has long been used to police Black families for decades. All I’m saying is, this isn’t new to all of us. Which is always worth remembering.

I can’t explain it in tangible terms, but this entire sentence is so gay: Dolly Parton Launches ‘Doggy Parton’ Pet Collection: ‘My Love for Pets Is Stronger Than Ever’

The Growing Evidence That COVID-19 Is Leaving People Sicker. This is a mass disabling event.

Let’s fucking go Mitten State! How Gen Z Organized the First Chipotle Union: “Chipotle workers in Lansing, Michigan, formed the fast food chain’s first recognized union in the U.S., voting 11-3 on August 25 to join Teamsters Local 243. It’s the latest in a string of new organizing breakthroughs at prominent national brands, from Starbucks to Apple to Trader Joe’s to REI. Of all the employers that have seen union drives over the past year, Chipotle — with 100,000 employees across 3,000 stores, and long-term plans to double its footprint in North America — is the most similar to Starbucks.”

I have actually been trying to figure out this exact thing for over a year now, since “balloon pants” or wide legged pants have come back into style, especially as fat person who’s widest in my middle and who clung to her skinny jeans until their last breath, and I found this to be practical and helpful: What’s the Difference Between Oversize Pants and Ill-Fitting Pants?

Gold Hoops Aren’t Just My Aesthetic. They’re My Legacy. TALK ABOUT IT.

How to Help With the Water Crisis in Jackson, Mississippi, I’ve been keeping the people of Jackson in my heart this week and it’s weighing heavy.

And to that end, The Jackson Water Crisis Is a Public Health Failure Rooted in Systemic Racism. This next one is not specific to Jackson, but also I wanted to share this piece of reporting about Mississippi that stuck with me today: Black Elders Saved This Couple’s Mississippi Farm. Now They’re Harvesting Ancestral Techniques — and Tomatoes

A small reminder of Black communities, not only in crisis, but feeding ourselves and caring for ourselves in a world that so often does not care for us. ❤️