With the newly elected Prime Minister Portia Simpson Miller, Jamaica may finally see some much-needed progress for LGBT rights. In a debate prior to Simpson Miller’s election to her second term in office as a member of the People’s Party, she openly talked about hiring gay members to her cabinet and backed gay equality by denouncing the so called “buggery” law, which outlaws homosexuality.

During the debate,  Simpson Miller said:

“Our administration believes in protecting the human rights of all Jamaicans. No one should be discriminated against because of their sexual orientation. Government should provide the protection…”

Her remarks led to backlash from religious groups in the country including Bishop Herro Blair, founder of the Deliverance Evangelistic Association Inc. 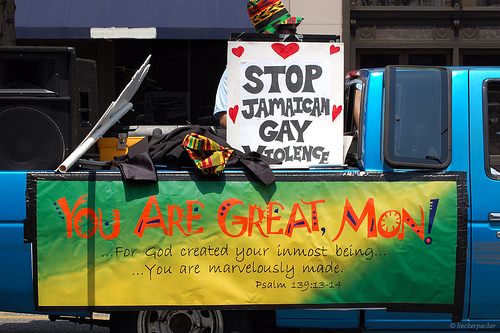 Jamaica has a history of severe hate crimes, and homophobia is still rampant throughout the country. In 2009 Human Rights Watch (HRW) ran a letter campaign in response to remarks by a governing-party member Ernest Smith after he argued that gay organizations should be outlawed and homosexuals should be imprisoned for life.  HRW has documented a history of severe repression of LGBT rights in the country, reporting on mob attacks of lesbians and gays with police refusing to intervene on behalf of the assaulted individuals.

Members of  Jamaica Forum for Lesbians, All-Sexuals and Gays (J-FLAG) report on the progress of repealing the discriminatory “buggery” law:

In December, 2001, the Committee made its recommendations to Parliament. It declined to support our proposed amendment but did recommend that the House consider repealing the Buggery Law. We are now strengthening our efforts to ensure the successful passage of this bill through parliament, and will continue to push for the amendment to the constitution.

The group had hoped to include a non-discrimination clause in the Constitution for sexual orientation, but did not succeed.

With the momentum following Simpson Miller’s statements, J-FLAG, HRW and the international community may see a year of change for Jamaica’s LGBT community. Further incentive for action is the 2012 deadline to report to the United Nations on actions made by Jamaica to meet with international human rights standards in repealing discriminatory laws upon recommendation by the Human Rights Committee Report last year. For the sake of queer Jamaican citizens, hopefully this will be the year that change — or at least physical safety — finally comes for them. 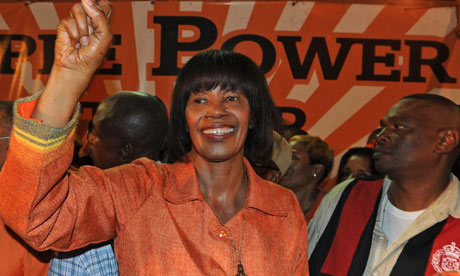 sign up for our newsletter
Related:Daily Fixgay rightshuman rightsinternational news