When I first came out to my parents, my dad — an Asian physician and a man of few words — looked at me hard and said, “I saw so many HIV/AIDS patients when I did my residency, it was devastating. We really tried to help as many people as we could.” Despite the emotional distance of his response, I knew this was his way of showing support and a hazy memory began trickling in — I realized this interaction had happened once before.

Thirteen-year-old me was (and still is) infatuated with musicals. My parents would take me to every show that came through our small town, but that usually wasn’t very many, so I often turned to any film adaptations I could get my hands on. I remember watching TV one day and stumbling upon the film adaptation of Rent, a show undoubtedly inappropriate for me, a prepubescent suburban Midwestern Catholic girl. Within the first 10 minutes of the film, I could already tell it was rated PG-13, and I was in danger of getting in trouble. As I saw my dad walk into the room from the corner of my eye, my heart beat out of my chest. Instead of reprimanding me, he casually walked over to me and started talking about his experience as a resident physician during the HIV/AIDS crisis. “It’s good for you to know this stuff,” he told me. When he left the room I was stunned, not only because I wasn’t in trouble, but because I soon realized that this would be my first encounter with queerness and, moreover, the beginnings of my anti-capitalist education.

The story of Rent follows eight friends in New York City living La Vie Bohème during the AIDS epidemic, told through the perspective of Mark, a young aspiring fuck-the-system filmmaker determined to document “real life.” As we meet each character, it becomes increasingly clear that their relationships will soon be tested by homophobia, transphobia, gentrification, and ultimately, a fatal disease. If you’ve heard of Rent, you likely know the song “Seasons of Love” or even better, the ultimate queer woman anthem “Take me or Leave Me” — which also happens to be my go-to karaoke song. 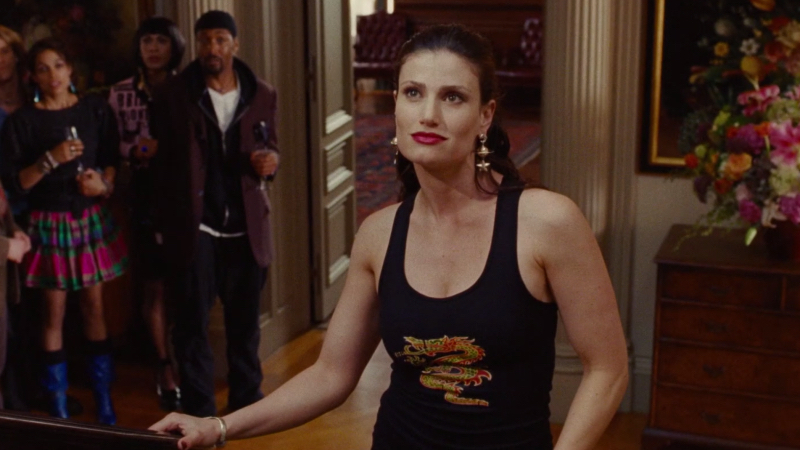 In the song “What You Own”, Mark and Roger complain about the weight of trying to flourish as an artist under the “Rise & Grind” culture. They sing:

The chorus repeats, “When you’re living in America at the end of the millennium you are what you own” — Yikes. As a young teenager, I didn’t really know what it was like to truly have nothing to my name, but I aptly understood shouldering the pressure of ceaseless perfectionism, only to be let down time after time. I found it frustrating that no one felt the burning desire to question why they were expected to do something, or why something needed to be done a certain way. Was anyone else questioning “The Game?” Was anyone else paying attention? Was anyone else feeling hurt, trapped, and closeted?

If it’s not clear already, I was born into a sheltered and conservative family. Although our Asian roots gave us a fast pass to being tokenized in quite literally every space, I still was growing up in a white and heteronormative Ohio town. I was constantly confused about who I was and how the world functioned. Every day, I noticed the paradoxes and double standards of the world around me and how these bled into race, sex, class, religion, and our social norms. I later came to understand this as the foundation of capitalism, and I couldn’t stand it.

By the time I finished the movie I really began to see myself represented in the outspoken, quirky, nurturing characters on screen. For the first time in my 13-year-old life, I felt like someone out there really understood my rebellious, angsty feelings of wanting to scream at the world “I’m not your f*cking machine!!!“ I was quickly learning that skills like taking the time to express myself, make art, nurture my connections, and explore my identity weren’t human rights — they were things people had to fight for. Instead of being the writer/musician/rockstar I had always dreamed of being, I was told to do better in science and math so I could become a doctor. It goes without saying that the consequences of capitalism are so much greater than my experience as a preteen, but seeing this musical made me cognizant of why the world seemed to glorify my overworking, competitive, straight, white peers.

One of my favorite songs from Rent is a toast to everything anti-capitalist. An ode to expression in its multitudes — art, histrionic emotions, sex and kink — all while cultivating a sense of community over grief and loss. I slowly began to adopt what I heard in the “La Vie Bohème” lyrics as my own personal “Anti-capitalist 101” lesson:

“To days of inspiration
Playing hooky
Making something out of nothing
The need to express
To communicate
To going against the grain
Going insane
Going mad
To loving tension, no pension
To more than one dimension
To starving for attention
Hating convention
Hating pretension…”

I was surely going insane and going mad as a hormonal preteen, but I was raised to avoid emoting or expressing my individualism. At a young age, I was considered shy, but what I felt deep down was silenced. I already understood the dynamic between the oppressor and the oppressed. I could relate to these friends on the screen who were dancing on tables and making music in protest of social and economic systems because I too understood the feeling of being trapped in an imbalanced power dynamic.

This January marks the 26th anniversary of Rent’s first stage production, written by Jonathon Larson and directed by Michael Grief at the New York Theater Workshop. Hours after the final dress rehearsal, Larson was found dead of an aortic aneurysm, making this first official production devastatingly memorable. Some of the original cast included Anthony Rapp, Taye Diggs, and Idina Menzel who would all reprise their roles when the film was later adapted, making it accessible for people like me to finally see. Its punchy soul was put on the screen under the direction of Chris Columbus with the screenplay adaptation by Stephen Chbosky.

When I finally got to see a stage production of Rent a few years later (with a significantly better understanding of the HIV/AIDS crisis and the effects of gentrification) I felt even more galvanized by the queer anti-capitalist characters I had come to know so well. I felt seen in the small choices I made to work towards an anti-capitalist future. I wore my heart on my sleeve, I started to speak up for myself, I auditioned for musicals and I attempted to defend my right to make slow, cautious, meaningful decisions. Now, having experienced the effects of capitalism in quite literally everything I do, I often revisit the film (and hopefully a theater production post-COVID) to remind myself that a life worth living is abundant with love, mess, grief, friendship — and art.

Originally from Toledo, Ohio, Em now lives in Los Angeles where she does many odd jobs in addition to writing. When she's not sending 7-minute voice messages to friends and family, she enjoys swimming, yoga, candle-making, tarot, drag, and talking about the Enneagram.

Em has written 28 articles for us.