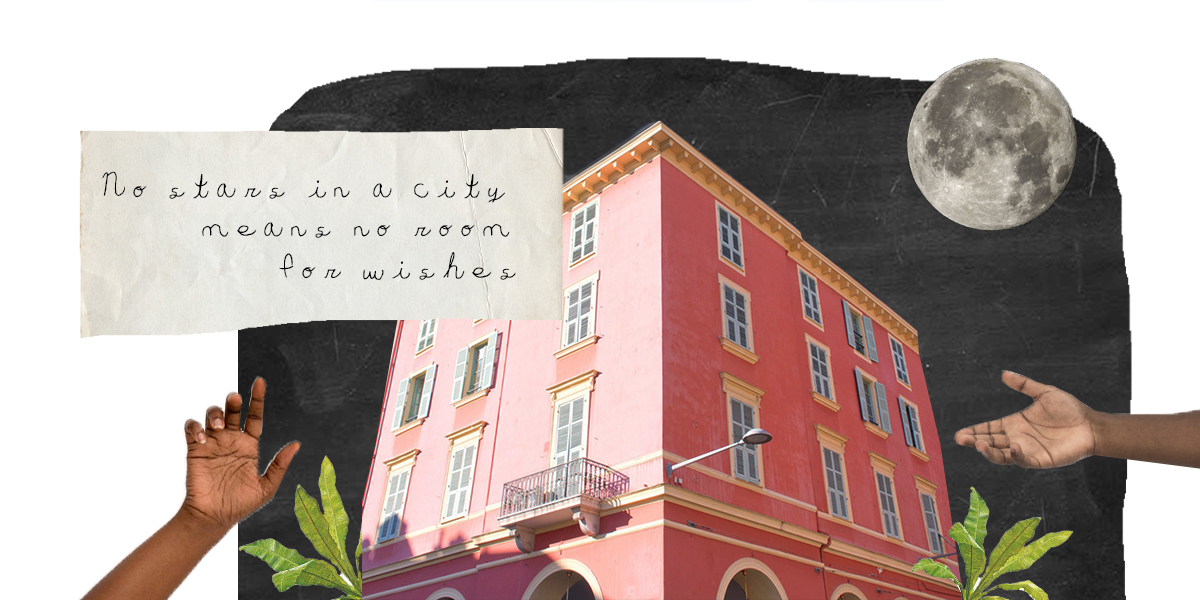 I used to have a job where I cleaned toilets at a retirement home. Of course, I cleaned other surfaces too. Nurses stations, common areas, dining halls. From 11 at night to 7 in the morning. I walked around listening to my favorite music or podcasts through one earbud snaked up under my uniform and tucked into my ear like a Secret Service Agent. Officially, we weren’t allowed to listen to things while on duty but I officially was not interested in following rules like those.

My uniform was a pair of blue scrubs I got from a friend’s dad who worked at a medical supplies outlet. Every Tuesday and Thursday around 4 or 5, I left my day job of working in a high school as a teacher’s aide, got home, and had a few drinks with my roommate and friends. I thought myself untouchable in those days, I had a frayed edge, I was serrated. I was able to do a job where I was demoralized because I didn’t feel, didn’t cry. That had been trained out of me.

I was a wine drunk, which made me feel comfortable and dignified. I drank beer if I was offered it, if it was the only thing available to me. For the most part, it was the same Sutter Home 1.5 liter bottle in whatever red was on sale. On special occasions, it was Jack Daniels, or Maker’s Mark if I was really celebrating, had the money, or someone else was footing the bill.

I’d get home, polish off a few full glasses of wine, and then get dressed for my night shift. In my inflated sense of grandeur and dignity, I thought to myself that I didn’t have a problem because I drank wine and never in the morning. Until I broke that rule. After a grueling night shift, I got home at 7 a.m., took a shower, had a bite to eat, and stared into the sucker pink bottle of Moscato I had waiting for me in the kitchen.

Everything was suspended in that liquor. I felt disgusting, even after I had showered. I was tired. I was angry at my boss. I was facing down another day of dealing with the kids that the system had discarded, labeled as “bad” or “defiant.” I took a drink. And then another. Straight from the bottle. I licked the little mouth of the bottle of any lingering droplets. I straightened my day clothes and walked out the door with my coffee.

I started crying again in December 2017. It’s one of the last things I can remember before I got sober. I got wine drunk in my one-bedroom apartment and jumped in a hot shower, not to clean myself, but to cry. There was something so filthy about me, something I couldn’t wash off no matter what I did.

I was unemployed with no prospects, had just ended a relationship, and all my attempts at stopping or slowing down my drinking had failed. I cried for a long long time. I cried like snow blankets a city, expansive and debilitating. When I was done, I turned off the water, finished my wine, and texted a friend that I needed help.

Needing help was different from wanting it. I didn’t want help. I had been working with a therapist on lessening the amount I drank. She kept having these slips that may or may not have been intentional. She would say “when you stop drinking…I’m sorry…when you lessen how much you are drinking,” perhaps planting the idea to stop completely into my head. I didn’t want to stop altogether. I just wanted some semblance of control over anything in my life.

You can’t see the stars in the city I live in, so I would spend my nights out on my balcony, drinking, letting my eyesight go slack and drift into the black. I often blacked out. I would dream of the balcony collapsing under me, my body split in two as I fell to my death.

Something about not being able to see the stars felt significant to me then. More than the haze of city life. The sky above me felt void of anything magic. Beauty was a myth. All I knew was squalor and scrubbing myself raw.

When I did text that friend for help. I was resistant to what she had to say. I had texted her so many times before, and she always answered, but I would be red with wine by the time she got back to me. I was always reaching toward something and pulling my hand back like I had been burned, like a jaw had snapped shut on my fingers.

In the beginning, I was what people in recovery call a “dry drunk.” I heard that I should refrain from dating until I got a year of sobriety, and I tried for about a week. When I got back into dating, I fumbled and was clumsy and often neglectful with the people I was seeing. I told myself for years that this was because I was hung up on the woman I dated after I dumped my ex, but it was certainly more than that.

People are fragile, and I didn’t know how to take care of them while holding my own emotions in the other hand. Getting sober, everything I had tried to drink away came flooding back to me in pounding waves. I was nauseously emotive. I told myself “I’m trying!” when I really wasn’t. I showed up where I was told to show up, but I sat in the back, dry and fuming, with my headphones on.

There is a certain bliss to day drinking that only alcoholics know. When you’re directionless and have failed yourself and the people that love you, it’s easier to check out and just dissolve into whatever your drink of choice is. I liked being a puddle, being graceless and undefined. Permeable. Nothing and everything could touch me.

When I broke that silent code with myself and started day drinking, it meant I didn’t care anymore about upholding delusions of decency. I was very bad, very bad, and I liked it.

My drug use defined me. I remember when a friend came to stay with me. When she left, I walked her to a bus stop, giving her instructions to get to the airport.

The look of disdain, disgust, and confusion on her face stood like a slap. I still remember it. My friends were keenly aware of my problem, but most of them knew I would snap if they said anything against it.

In 2017, when I moved to the apartment I live in now, I did something I didn’t understand until later. I threw away most of the remnants of my childhood that existed: clothes, photos, toys. I didn’t even donate them, just left them for trash. I looked at them piled in boxes with the Uhaul idling out front and thought, “goodbye to her.”

So much of my drug use was erasing the hands that were laid on me in childhood. Fists, palms, fingers. When I got sober, those hands came back and loomed like shadows on the walls. Dark, terrible things. I spiraled. I didn’t know how to handle it so I jumped into other people’s bodies, took on lovers that I didn’t treat well. I kept telling myself “I’m trying! I’m sober!” as if that absolved the poor treatment.

No stars in a city means no room for wishes. I started praying. Not to a Judeo-Christian God, but to an essence, a feeling of something bigger than me. Prayer was also being in communion with small things, things that grounded me. I didn’t get on my knees. I just closed my eyes and started with

I talked with whatever being was listening. A different kind of void. Something that coiled like a snake around me, all muscle. I didn’t start treating people well until I was about six months sober. I went back and apologized to those folks that I did dirty, there was one in particular that I was particularly dismissive of. We’re good friends now. I had to change to see us in that direction.

I had debts to pay and I paid them. I had to contend with just how cruel I had been to myself. I stopped crying because I had been hurt and I saw that crying didn’t help. Back then, I told myself to wisen up, get tough. grit your fucking teeth. How cruel, to not let yourself feel. To beat yourself into hardness. beat yourself unbreakable.

I guess I’m breakable now. I once cried over a woman I went on one date with. Things hurt me. But I also love things fiercely, people love me. What a change of course that was. To actually hear I love you and believe it. I said there is a certain bliss to day drinking, and there definitely is. I find myself missing it some days. But there’s also bliss in the life I’ve built now. Writing for a living, drinking sparkling water and peach juice. Being fat and happy. I’ve got more of a life than I’ve ever had and for that, I’m so grateful.

I want to be better every day, so I am. I don’t cheat myself when it comes to emotion. I’m a big baby for the most part. But there is joy in that too.

No stars. A slate black sky, a hazy gray. But there is so much in that expanse. A little taste of everything really, like a good meal. Like coming home after missing it for days and days.