We all know that Glee had an endless multitude of problems, on and off screen. From Mr. Schuester being the worst adult ever to be in charge of teenagers, to the show’s on-screen recognition that it doesn’t treat its female characters well without any meaningful change, to the behind-the-scenes racism and general awfulness that we learn more and more about as we drift further from the show’s end, there is plenty to complain about. I could write a doctoral thesis on all the things Glee did wrong, but I’m here to bitch about the one thing I feel like not enough people speak up about when listing things, like how they continued to let Matthew Morrison rap or how Finn outed Santana: The way they treated Sweet Marley Rose.

Now, the New New Directions weren’t given a very steady stage to stand on from the get-go, and by and large they were considered a failed experiment for the show to keep going past when the original class graduated. And for some reason, it seemed like the majority of Twitter, even within the safe space of the #GaySharks hashtag, which is where I usually played, hated Marley. They made fun of her hats, they rolled their eyes at her sweetness and her wide-eyed innocence. Though no one could deny her talent. 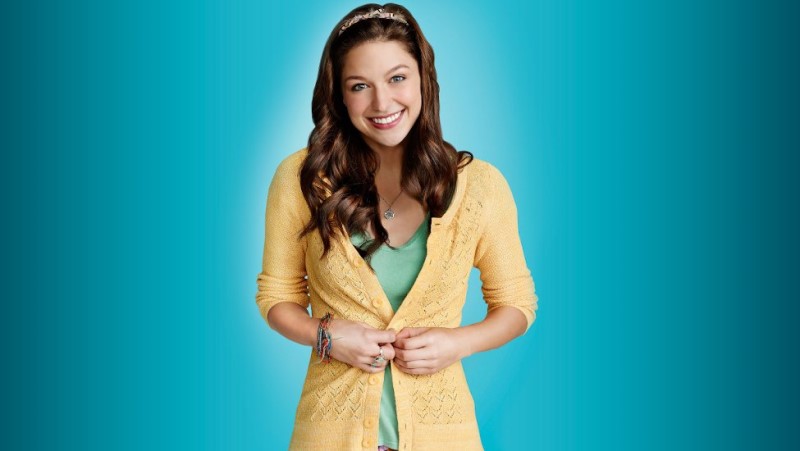 HOW COULD YOU EVER INSULT THIS PERFECT CREATURE

But for some reason, I loved her. Maybe it’s because I saw a bit of my high school self in Marley Rose; sweet, shy, a little awkward, hiding her pain behind a friendly smile. “You Have More Friends Than You Know” is exactly the kind of cheesy, saccharine song I would have written if I were in a Glee club/had any songwriting talent at all in high school. Hell, it’s the kind of cheesy, saccharine song I’d write NOW if I had any songwriting talent. (I was also always in a New York State of Mind.)

But one of Marley’s storylines was BEYOND atrocious — I think one of the worst in Glee’s sordid past — and even though it has been almost a full decade since it aired, I still get VERY riled up when I talk about it… which is possibly more often than is healthy.

In the first half of Season 4, poor Marley becomes the target of Kitty Wilde, the New New Directions’ resident mean girl. Of course, it’s because of some average high school boy and internalized misogyny taking the form of jealousy, but regardless of the cause, Kitty narrows in on Marley’s insecurities and really goes to town. And once she finds the one that strikes a nerve the most, which is weight-related, Kitty really leans in.

On a smarter, kinder, more thoughtful show, a teenager having an overweight mom who works in the school could have been a compelling story. Being self-conscious overhearing them tease the overweight lunch lady (which teenagers would absolutely do) and because moms and their daughters are too often inextricably linked in people’s mind’s eye. Also, I can say from experience, that sometimes overweight moms pass some of their own weight/food hang-ups onto their daughters, intentionally or not. (Though don’t worry, that DOES also happen amidst all the other horrors.) It could have been an exploration on one of the many reasons a teenager might develop an eating disorder, how it affected their day-to-day, and how they got help. However, this is not the path Glee chose to take. No, of course not. That’s too smart and potentially helpful for this show!

Instead, they chose to have Kitty GIVE MARLEY AN EATING DISORDER. This poor girl was already at risk for developing one, and Kitty GASLIT HER. Constantly commenting on her non-existent weight gain, encouraging her to starve herself and purge any food she did eat, even going so far as to SECRETLY SEW MARLEY’S COSTUMES so they would be tighter and Marley would think she was gaining weight. It’s diabolical, psychotic, and possibly even criminal. It’s unfathomably cruel, in a way I doubt any real teenager would ever concoct. It makes it all the more upsetting to know these episodes were written by grown men, led of course by Ryan Murphy. It’s meaner than actual mean girl Santana ever was, and in fact, it’s Santana that ultimately puts a stop to it.

If you’ve gone too far for Santana “razorblades all up in there” Lopez, you’ve gone way too far.

And you know what, I could have forgiven the insanity of someone PURPOSEFULLY GIVING someone else an eating disorder, if there was any kind of satisfying resolution or consequences.

But at the peak of Marley’s pain, when she passes out during the Sectionals performance…everyone TURNS on her. The Glee Club berates her, everyone shuns her, they accept her apologies as if she owed them, and not one person — not ONE SINGLE person — not even SUPPOSED ADULT WILL SCHUESTER tells Sweet Marley Rose that it’s not her fault. That she should not hold onto any guilt for her EATING DISORDER causing her to INVOLUNTARILY PASS OUT during a performance. No one said her health was more important than the national high school competition of nerdy teen singers. No one comforted her, not really.

And then, this whole storyline just…disappears. Kitty isn’t really punished for her actions, no one really apologizes for blaming her for losing Sectionals (which was NOT HER FAULT). They buy her a Christmas tree because her and her mom can’t afford one and then that’s kind of it? All forgiven?? It’s inFURiating. And don’t even get me STARTED on how the show absolutely WASTED the gem of talent they had in Melissa Benoist. I think perhaps, based on some stories we’ve heard since, it’s possible that some of the Rachel/Marley tension that happened on-screen could have been happening off-screen too, or maybe there was something else at play, but while Melissa was given some great songs to really slay, I think they could have done so much more with her. (And this is neither here nor there but I blame Glee for introducing her to the monster she was married to for a few years.)

Luckily just like Marley went from a Wallflower to Woman Fierce, Melissa went from Marley Rose to Supergirl, a show that still occasionally doesn’t use her powers to their full extent, but at least is a role more befitting the wonders of this mega-talented woman. 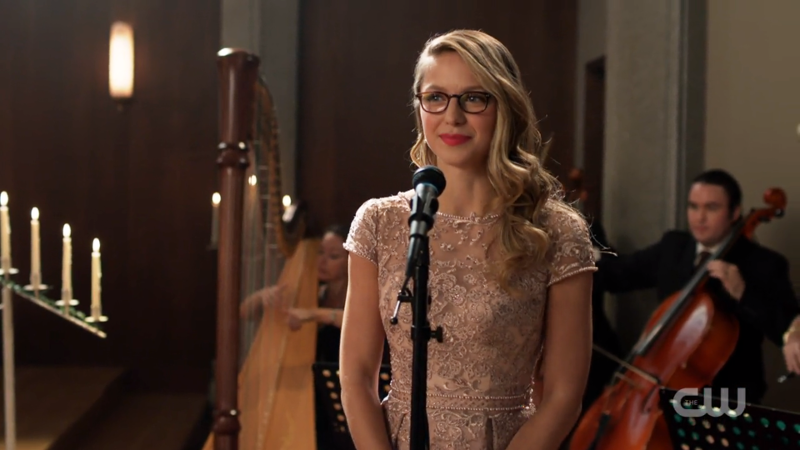 Talk about a glow-up.

But I will never ever ever forgive Ryan Murphy. For so many things across so many shows, but also always for how he treated Sweet Marley Rose.