A 9,000 word Rolling Stone piece about rape culture at the University of Virginia is falling apart at the binding as details of its central narrative, the story of a vicious gang rape at a fraternity party, come under scrutiny.

“Jackie” is the key source in Sabrina Ruben Erdely’s exposé, hailed last month as a strong blow to rape culture at UVA and beyond. She shares the harrowing story of a date with a cute lifeguard and Phi Kappa Psi fraternity member that turned into a gang rape at the frat house in September 2012. Women poured out of the woodwork to share how their own experiences with assault and institutional failure to pursue justice for victims have echoed those faced by Jackie and other rape survivors in the piece. The University publicly announced its ongoing examination of rape on campus and in Greek life and suspended all fraternities until January 9th. It seemed like impact journalism at its finest.

But now, after further investigation spurred in part by a Slate piece questioning why Erdely didn’t speak to the alleged assailants, problems with the piece are surfacing. For example, Phi Kappa Psi says it did not host any events on the weekend Jackie reports the rape occurred and did not have any members who worked at the aquatic center during the fall of 2012. The Washington Post carefully reported the discrepancies and includes additional information from Jackie, the university and the fraternity. Across the Internet, people are using these reporting failures to cast doubt on Jackie’s claims that she was assaulted and dismiss the notion of rape culture entirely. Meanwhile, sexual assault advocates have tweeted that even if Jackie was lying, we still must believe victims because false accusations of rape are incredibly rare.

They’re almost right. Listen: We must believe Jackie. We must not cast her aside because her details of the violent, traumatic event two years ago were not completely accurate. We know that Jackie has been under treatment for PTSD, major side effects of which include memory problems. In the original story, we learn that Jackie didn’t piece together some details, like the location of the frat house, until later and with the help of friends. The search for clarification does not discredit or erase Jackie’s experience as a rape victim. As long as Jackie stands by her story, I will honor it as credible. I respect her pain and I want justice for her.

It’s not clear that Rolling Stone feels the same way. In a statement retracting the story, the magazine states that in the face of discrepancies in her story, “we have come to the conclusion that our trust in her was misplaced.” Instead of copping to massive journalistic errors, the magazine chose to blame Jackie and their desire to “be sensitive to the unfair shame and humiliation many women feel after a sexual assault.”

If these major discrepancies in Jackie’s account were so easy for other students and journalistic outlets to find, Erdely should have found them first. It is clear she did not interview or contact the alleged assailants before publishing the piece, at Jackie’s request. But Erdely is a reporter, not a victim’s advocate or anti-rape activist. Rolling Stone is a national magazine with a long history of longform journalism with political and social impact, not an activist blog or campus anti-rape project whose vital work does not extend beyond the direct testimonies and needs of victims themselves.

Erdely’s job as a reporter required she create a bulletproof story to protect Jackie, avoid libel against the alleged assailants and achieve her ostensible goal of revealing a culture at UVA and in Greek life that promotes and protects sexual assault. Jackie’s case has no paper trail and no witnesses besides the assailants. If respecting Jackie’s wishes meant the reporter couldn’t contact anyone else related to the assault, even to confirm basic details like a person’s membership in the frat or the date of an event, she should have found a different source or approached the narrative from a different angle. As it stands, she put the integrity of her story and of Jackie’s search for resolution at risk. As Vox puts it, Rolling Stone “let the force of a 9,000-word story on a national problem rest entirely on the memories of a traumatized college student.”

According to the Post, Jackie asked Erdely to be taken out of the piece but the reporter refused to exclude her story. At times, Jackie felt manipulated and “completely out of control of my own story.” It feels like Erdely was more interested in nailing her narrative than justice or integrity for Jackie.

If social media and mainstream blogs are any indication, Phi Kappa Psi is on its way to becoming the next Duke Lacrosse – a highly publicized incident that misogynists will point to as a way to discredit all people, especially young women and students, who experience rape. I worry about how many people won’t come forward about past or future attacks because they’ve been told once again that assault victims shouldn’t be trusted. The University of Virginia promises to maintain its commitments to examining Jackie’s case and stamping out rape campus-wide. That promise may or may not mitigate the negative impact this incident could have on the fight against rape and rape culture. UVA President Teresa A. Sullivan wrote Friday in a statement:

Over the past two weeks, our community has been more focused than ever on one of the most difficult and critical issues facing higher education today: sexual violence on college campuses. Today’s news must not alter this focus. We will continue to take a hard look at our practices, policies and procedures, and continue to dedicate ourselves to becoming a model institution in our educational programming, in the character of our student culture, and in our care for those who are victims. 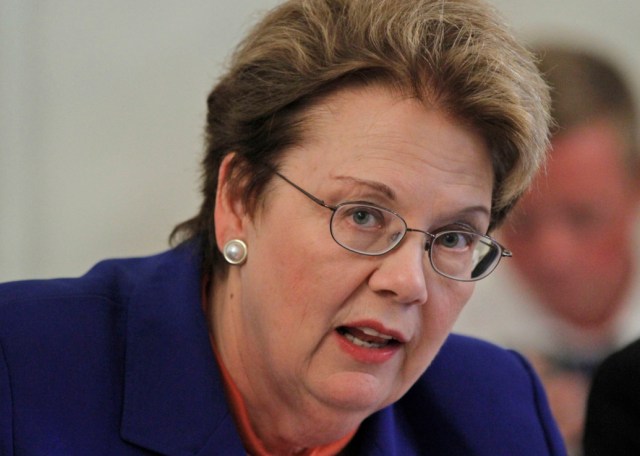 This new information doesn’t erase the reality of a rape-apologist culture that permeates Greek life, campus life, and all our lives. Low-ball statistics say that 18 pecent of college women experience sexual assault on campus. Meanwhile, about three percent of rapists will ever see jail time. Less than two-percent of rape accusations are false — in line with the stats for other crimes. 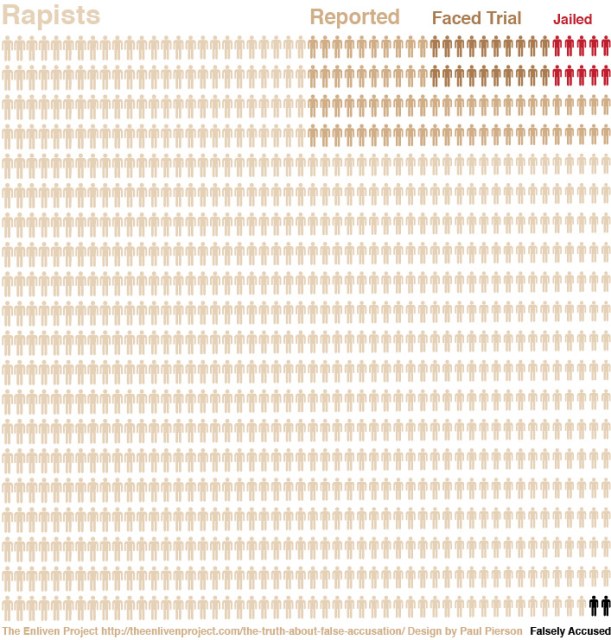 via The Enliven Project

Jackie’s story inspired many others to come forward with their own, and we need their voices. The original article reveals a deeply ingrained resistance to combatting rape, a culture of fear among students, and a need for campus resources to protect survivors whether they choose to report their assault or just need community support. None of these realities hinge on whether Jackie’s date was a Phi Kappa Psi.

This is a moment for more vigor in the fight against campus rape and rape culture, not less. That fight starts with demanding more — not of victims, but of reporters, institutional leaders, police forces and communities. It starts with believing Jackie.