We all know that Hollywood makes a mountain out of a molehill when it comes to bleeding from your snatch, but Dr. Lauren Rosewarne at the University of Melbourne says that the media has so consistently turned periods into horror stories that it’s traumatizing teenage girls. 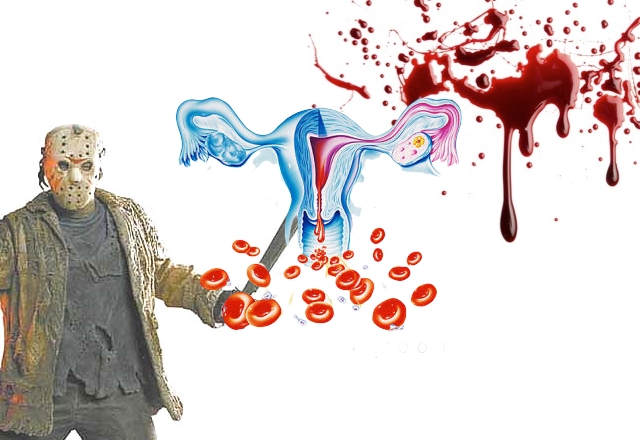 i made this for you

According to Rosewarne’s website, this study “examines and categorizes representations to unearth what they reveal about society and about our culture’s continuingly fraught relationship with female biology” by analyzing hundreds of representations of menstruation in film and television. The analysis includes television shows such as Madmen, The Big Bang Theory, Friends and Grey’s Anatomy along with movies such as Annie Hall and Anchorman.

The conclusion? Hollywood sucks at representing Aunt Flo. “The regularity, normalcy and uneventfulness of real life menstruation is rarely portrayed on screen. Instead, it’s treated as traumatic, embarrassing, distressing, offensive, comedic or thoroughly catastrophic,” argues Rosewarne. Carrie won for most traumatizing portrayal, but it is far from the only sensationalized example. And in her new book, Periods and Pop Culture, she says such representations girls may be unnecessarily scared about first experiencing their first shark week. “There is this issue of girls feeling anxious about it or even over-estimating things like how much they will bleed,” she said. “And when men are actually asked about menstruation they assume it’s a Niagara Falls of blood, because it’s not something men necessarily know much about and our culture doesn’t encourage them to.” 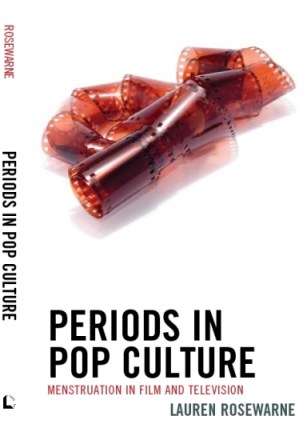 Considering that our culture doesn’t encourage men to know much about our periods, they sure do a lot of writing about it. The examples that have been made public before the book’s release were overwhelmingly written and produced by men, who probably don’t have an idea of what a period is/feels like/looks like. In fact, most stuff in Hollywood is pretty much dominated by men, and only by one kind of man. So yes, having an entire locker room full of terrible girls throwing pads at a character when she gets her period is much more dramatic than what actually normally happens, which is you just getting your period and going about your day like a normal human being. But the other thing that makes for a nice, dramatic story is your mom taking you out of school for a holiday when you bleed from your hoo-ha to bake you a womanhood cake and make you feel awesome. Why don’t we see any stories like that on television? Oh, that’s why.

And as a result, “girls in real life are viewing menstruation as a hassle, women are happily filling prescriptions to make it go away, men are mocking it, loathing it and rarely understanding it,” according to Rosewarne. And we need a whole study, analysis, and book about it because it’s so entirely normal for us to do so. How many women do you hear berate their period, dread it, complain about it, tell horror stories? How about we take today, in honor of not making a Friday the 13th out of our panty carnage, and combat the bad rep with some good solid Menstruation Information. The less we fear and loathe our liquid womanhood, the more we understand Dr. Rosewarne when she makes the assertion “TV is seen as being some kind of mirror on society. When it comes to menstruation, it is not.”