In Wyoming, “The Equality State,” on Wednesday, HB 74 passed its first reading in the senate. HB74 would void out-of-state marriages and civil unions between same sex couples.

Opponents say Senate Joint Resolution 5, which would change the state constitution to define marriage as between one man and one woman, needs to be passed in order for HB74 to even be constitutional.

Supporters of HB74 say HB 74 wouldn’t prevent same-sex couples from getting SOME of the assorted rights/benefits granted to people who were not born this way and therefore married each other in a heterosexual ceremony of some sort. Although these “supporters” recognize that obtaining said benefits is a “slow and cumbersome” process requiring “numerous court filings,” this is all a-ok because “the bill would result in equal treatment of same-sex couples who are married or civilly joined out of state with those who cannot marry or be civilly joined in Wyoming.”

Let’s repeat that. Keep in mind this is someone ENDORSING HB74.

“… the bill would result in equal treatment of same-sex couples who are married or civilly joined out of state with those who cannot marry or be civilly joined in Wyoming.”

Get that? Inequality for all! YAY!

It’s sort of like going to Disneyworld, where when you enter Disneyworld you join the world of magic and love already enjoyed every day by the lovely cartoon characters who permanently inhabit Adventureland and Fantastyland and so forth.

Except it’s the opposite of that, where when you enter Wyoming you instantly are able to experience the inequality and bigotry enjoyed every day by the lovely humans who inhabit Wyoming! 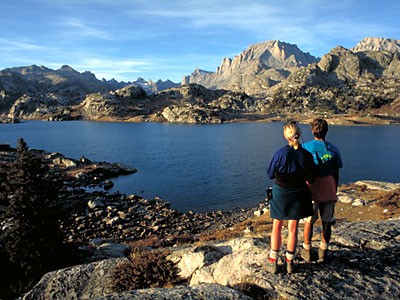 the sweet smell of inequality in the morning

A Republican named “Cale Case” (hot name right) said that this bill is crazy, and I agree with him:

For starters, forget your ski vacation to Jackson Hole or your class trip to see where The Laramie Project was filmed:

“What about the millions of people that visit Wyoming? That just come for vacation. We’re so proud of our visitors, now we’re going to say all of you visitors who happen to be from another state, when you come across the border, you’re magically not together any more. ‘Poof.’ It’s gone. Don’t get into a car wreck. If you’re in a hospital and you’re dying, and your partner is with you, we’re going to have to call your mother because that’s the nearest relative that we’re going to recognize under Wyoming (law) to make decisions about your life…

We’re actually going to say you have made a commitment to each other, you’ve got this contract that is legal, and you come to Wyoming and it didn’t happen.

Gays and lesbians live and work among us. They’re also soldiers in the military. They’ve been here and talked about their service in Iraq and … now you’re going to deny them the benefits (of marriage of civil unions).”

Furthermore, HB74 would “strip married or civilly joined same-sex couples of the legal rights pertaining to the transfer of property and life insurance benefits.”

Chris Rothfuss, a Democrat from Laramie, Wyoming (birthplace of Matthew Shepard), also spoke out against the bill, because sexual orientation isn’t a choice: “I personally like women. I didn’t make that choice. I never woke up one day or had a moment where I thought to myself, ‘I think I’m going to choose girls.”

“I would urge each of you to oppose this lousy bill that basically tries to make a statutory inequality not just in the state of Wyoming, but to make sure we’re spreading the inequality nationwide so that anybody who comes here is treated just as unequally as the gays in our state.”

HB74 would also strip rights of people from other countries where plural marriage is legal and of people who got married but forgot to get divorced to their last husband before getting married again.

HOWEVER! There is better news coming to us straight from the Pacific Ocean at the alleged birthplace of Barack Obama — Hawaii lawmakers have approved civil unions for gay couples and Hawaii Governor Neil Abercrombie has said he will sign it into law. Abercrombie had said throughout his campaign that he supported giving same-sex couples the same rights, benefits, protections and responsibilities within civil unions as he did for spouses in a marriage. And now he has done so. Hooray! Does anyone know if he also invented Abercrombie & Fitch. 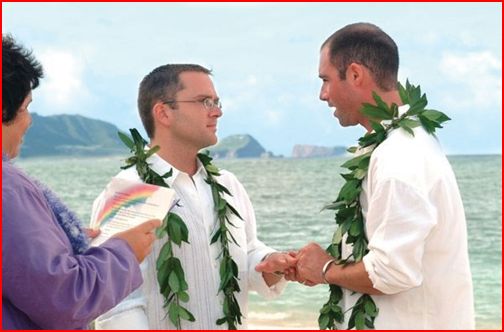