Greetings, (slight majority of) Americans and everyone else, including Canadians! Today is Canada Day, also known as the day on which many Canadians express their patriotism by spending large amounts of time out of doors and getting sunburnt so they can turn as red and splotchy as our flag [ed note: this may just be me]. Canada Day is basically exactly the same thing as America Day, or whatever you guys call July 4, but with the following crucial exceptions:

It is slightly less of a big deal, and

Fewer people are allowed to light fireworks. Not that this stops anyone. 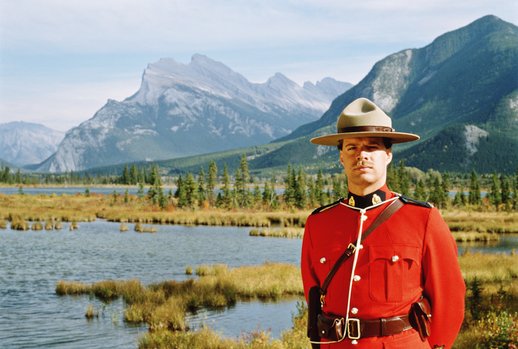 Also in Quebec, July 1 is not only Canada Day but Moving Day, which means that going to a parade is even more fun, because you get to watch all the people with U-Hauls struggling to find the detour routes (hi, people currently parked and looking at maps all over my street!). In any case, Canada is 144 years old today. Here are some other fun facts about this:

+ Technically Canada Day is the anniversary of the union of a bunch of random provinces into Canada under the British North America Act. Not all the provinces, mind you. Lots were added later! But there isn’t a day to drink in celebration of Newfoundland, because every day is a day to drink in celebration of Newfoundland.). In practice, Canada Day is a huge yet, in keeping with our national character, semi-restrained party with fireworks and children with their faces painted on the covers of national newspapers and also: barbecue.

+ Will and Kate are in Ottawa today. Inexplicably, people care. Related: an estimated 300,000 people are on Parliament Hill right now.

+ There are lots of “Canada Day in Kandahar” human interest stories, since Canada is expected to end the mission soon.

+ Canada Day is basically the only day to inspire Canadians with feelings of patriotism, unless we win at the Olympics, in the NHL, or have a recession less harsh than that of other countries, or something.

There are, of course, a great deal of Canada-related events today, including fireworks, free concerts, and acrobatic waterskiing down the St. Lawrence. Which I am headed to right now.