First: An apology. I am not caught up on Grey’s Anatomy, and by “not caught up,” I don’t mean that I missed a few weeks. I am multiple seasons behind on Grey’s Anatomy. When you watch television for your job, there are a few inevitabilities: everyone you meet will ask you what your favorite show of all time is, and you will fall behind on the television that you aren’t writing about. Despite that reality, I’m shocked that I let Grey’s Anatomy fall to the wayside, because I truly believe it to be a perfect television show.

UNLIKE THE MUSICAL CHOICES OF GREY’S ANATOMY, I AM NOT BEING OVERLY DRAMATIC TO PROVE A POINT. It is a perfect show, the platonic ideals for a serialized medical series and a network ensemble drama. One day, it will end, and if I’m not caught up by that point, I give everyone permission to excommunicate me from the internet. 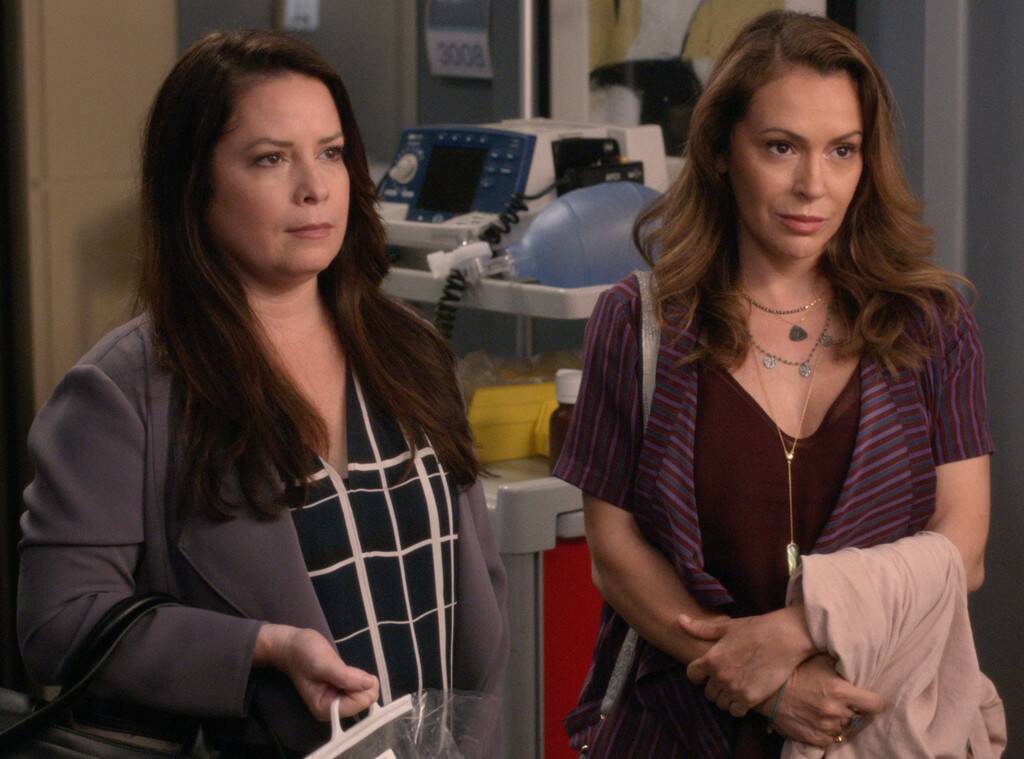 My control freak brain would typically never let me “drop in” on a show that I am not up-to-the-minute caught up on, but when I learned that Charmed’s Holly Marie Combs and Alyssa Milano were set to guest star on the show—AS SISTERS—I 1. Screamed! 2. Tweeted about it. and 3. Asked my dear editor if I could please write about this momentous television occasion despite not being caught up on a show I love so much.

In “Reunion,” which also notably features Lisa Ann Walter a.k.a. Chessy from The Parent Trap, Combs and Milano play sisters grappling with the fact that their third sister is brain dead following an accident. They have to make the difficult decision of what to do with her, made even more difficult by the fact that the sisters have not been close in years. “We are family, and I know we have drifted apart, but this can’t be how we end,” Milano’s character says, which is pretty much how I feel about my personal relationship with Grey’s Anatomy.

Television has always been important to me, but that was especially true in middle school and high school at the peak of my homosexual repression, when escaping into fictional worlds was not only a pasttime but a means of accessing hidden parts of myself. Grey’s Anatomy and Charmed were both feverish obsessions, and while the latter was abysmal when it came to queer representation, I still consider it a formative series, one that worked its way so deep into my skin that I recall scenes as if recalling my own memories. I watched Charmed in reruns, but Sunday nights (and later, Thursdays) were for new episodes of Grey’s Anatomy, which created a world in which queerness was embedded in its many, many stories.

Last night’s “Reunion” reminds me why I loved both shows. While their storyline is just one tiny subplot in a sprawling episode, Combs and Milano deliver the kind of pressure-cooked, high stakes performances they often had to on Charmed’s best, most dramatic episodes but still pepper these scenes with their supernatural show’s dumb (which I say with love) sense of humor. And despite a kinda dumb twist at the end of their story and an unfortunate lack of lesbian sex in this episode, it’s still a striking example of just what makes Grey’s Anatomy so goddamn long-lasting. It balances a million stories in just a single episode — short-term and long-term ones, and it gives equal emotional weight to both. 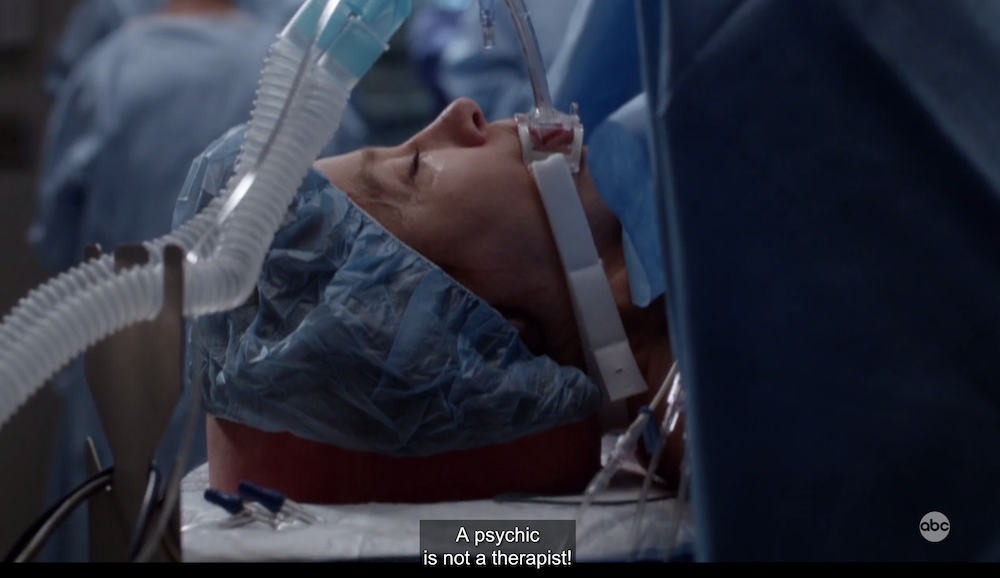 This show has the best dialogue on television — change my mind

It was a big week for Charmed-related cameos. Shannen Doherty also appeared in Riverdale’s season four premiere as a nod to her history with deceased cast member Luke Perry, so she too had to give an emotional performance. This past Monday marked the 11th anniversary of Charmed premiering on the WB and its legacy is somewhat muddled. I long ago had to reconcile with my childhood love of the show and my development as a thoughtful, nuanced cultural critic who can definitely see the cracks in the glass now and also knows that I never truly saw myself in the original Charmed but rather a fantasy of myself rooted in internalized homophobia and other identity issues. The CW’s new iteration of Charmed makes necessary changes to the show’s structure and storytelling. Grey’s Anatomy, too, has changed over the years.

Not to put too fine a point on it, but so have I. And this little crossover event brought me back in time, coincidentally coinciding with me moving into the house I grew up in and watched all those episodes long ago. It’d be easy to mock the obvious fanservice of it all, but sometimes fanservice is a special gift. As a critic, I sometimes have to distance my Self from television, but that sometimes feels stifling. Watching this episode reminded me of the love I have for television that goes much deeper than the work I do that revolves around it. Who knows why the Grey’s Anatomy team decided to do this reunion? I hope that, like me, someone in the writers’ room was just a huge frickin’ fan.