So there’s this girl, Hana, who really gets how much fun it is to play dress up with your friends. Hana lives in Canada takes pictures of people and the clothes they wear. But Hana’s photos aren’t part of fashion spreads; she has her models swap outfits with each other so that she can take another picture to display alongside the first. After the switch, her subjects wear the same expressions and assume the same poses as their “before” counterparts. Her project, which she’s called Switcheroo, is as cute as its name and has a thing or two to say about gender, bodies, and fashion. 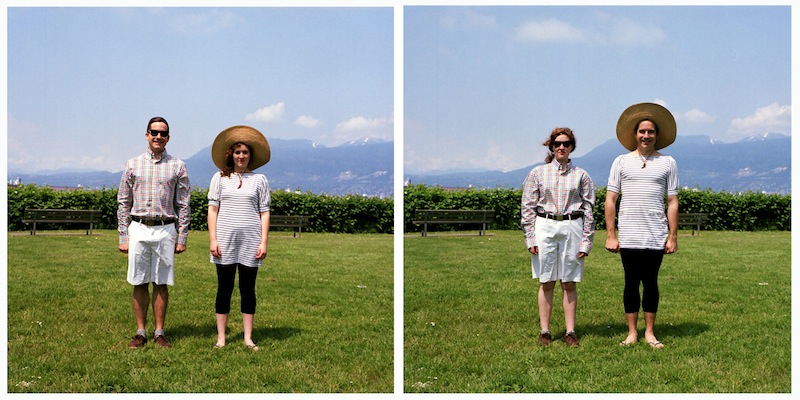 It’s not exactly Judith Butler-level stuff, but it’s definitely a small sartorial step into the performative-gender cave of wonders. The photos range from ridiculous (see massive hat and shorts above) to strikingly–and queerly–sexy. I mean, look at how rad these two look, post switcheroo: 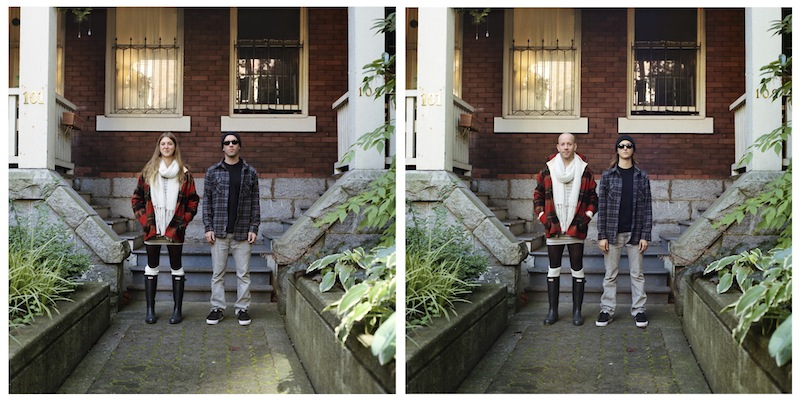 What do you see when you look at Hana’s pictures? Who are your favorite switcherees?