G’mar Hatima Tova! May you be sealed in the book of life (if that’s a thing you believe in), and may you have a meaningful fast (if that’s a thing that you do). And for everyone who has a relationship with the holiday, regardless of how you recognize it, may you have a meaningful Yom Kippur. The intro here will be heavy because, well, Yom Kippur, and then we’ll be making a delicious non-dairy melon seed milk.

Past coverage about Yom Kippur on Autostraddle has included Vanessa’s reflections on how she and her friends observe, and delicious-looking bulkas that serve the same function as this recipe: to break the Yom Kippur fast.

Yom Kippur is considered the holiest day of the Jewish Year, and is known as the day of atonement. It follows ten days after Rosh Hashanah, and the traditional observance is to fast for 25 hours and do a lot of praying, reflection, repentance, and apologizing to people in your life (or some variation/combination, there are a lot of options). Many people who don’t observe other religious restrictions, including things like keeping kosher, will partake in the fast. Personally, fasting is a meaningful experience, and there are many ways to have meaningful experiences that don’t involve restricting food.

Trying to write about Yom Kippur is hard – it’s personal and complicated and involves vulnerability and self-reflection and trying to find meaning while dealing with a terrible caffeine headache. After a few stops and starts, I decided that instead of focusing on the fasting bit, I want to start off by talking about the repentance bit. One of the rituals that occur at some point between Rosh Hashanah and Yom Kippur is known as Tashlich, or the casting away of sins. People gather by water to reflect and cast away stones that carry the weight of mistakes, and to recommit to doing better.

Jews for Racial and Economic Justice has developed a ritual that identifies failings our communities tend to share and pairs them with ways to refocus for the future. I find that their list meaningful to me and I think will resonate with many other folks.

We cast away silence and complicity, and lift up our voices and our comradeship.

We cast away fear, and take on courage.

We cast away the ways we have been complicit in anti­black racism, and we renew our commitment to undoing racism and supporting the Movement for Black Lives.

We cast away doubt, disbelief, and apathy in the face of racism, occupation, and violence, and we take on audacious hope.

We cast away the ways we act out of internalized oppression, and we take on a vision of ourselves and our communities as whole and holy, strong and enlivened by each other.

We cast away violence, systemic and personal, which degrades our humanity, and renew our commitment to collective liberation.

We cast away individualism, isolation, and staking our territory, and we take on connection, the power of humility, and the hope of transformation through building webs of interconnection.

We cast away pessimism and cynicism, and we lift up the belief that we can be, we are, the change we have been waiting for.

The recipe in this post is adapted from a traditional drink that Greek and Turkish Jews have used to break the Yom Kippur fast; the name pepitada is Ladino, and stems from the words for melon seeds and drink. The basic recipe I got from The Jewish Holiday Cookbook: An International Collection of Recipes and Customs by Gloria Kaufer Greene. It also, conveniently for us at Autostraddle dot com, is a non-dairy milk, which feels an awful lot like a part of queer culture.

I was surprised at how easy this was – a few servings can be made from a single melon, with only about fifteen minutes of active work. I tried it with both honeydew and cantaloupe, and both were delicious, so feel free to use whatever is easily accessible. Going forward, I think I’ll be making this most times I have a melon, the same way many of us roast pumpkin seeds when making jack-o-lanterns – it was that tasty and easy!

1. Prepare your melon: cut in half and scoop out the seeds into a separate bowl. Cut up the rest of the melon to eat or serve. 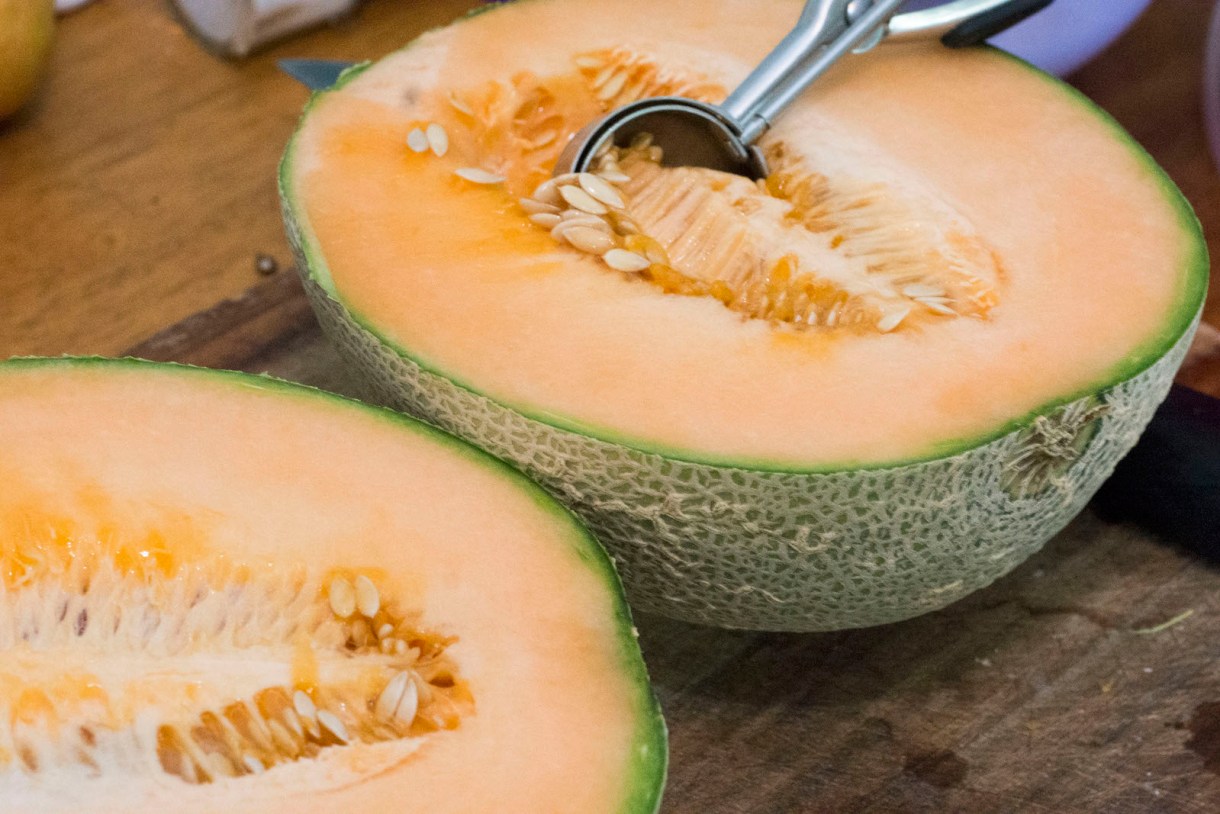 2. Clean the seeds. I found that honey cleaned off very easily just in some water in a bowl in the sink. For cantalope, I found that putting them in a large bowl and using a whisk to swirl the water very quickly helped the “guts” separate out. 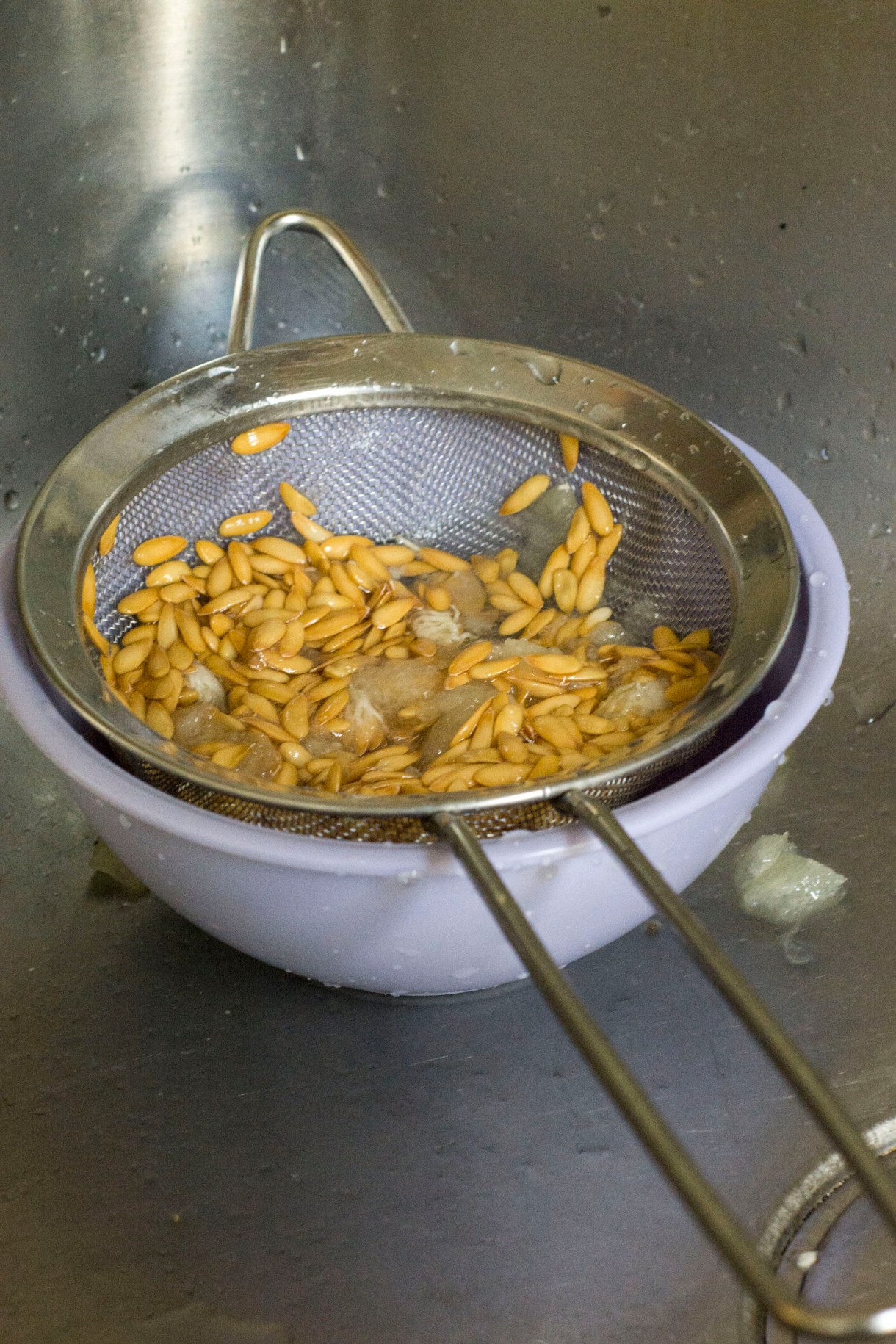 3. Most traditional recipes I found suggested air-drying the seeds, or drying them with towels. I (a) didn’t have time to air-dry, and (b) found that the seeds stuck to paper towels and getting them off was extremely frustrating, so I tried just throwing them in the oven for five minutes, and… it worked fine. So! Lazy queers unite!

4. Toast for about 7 minutes at 350 F until dry and very lightly starting to brown. 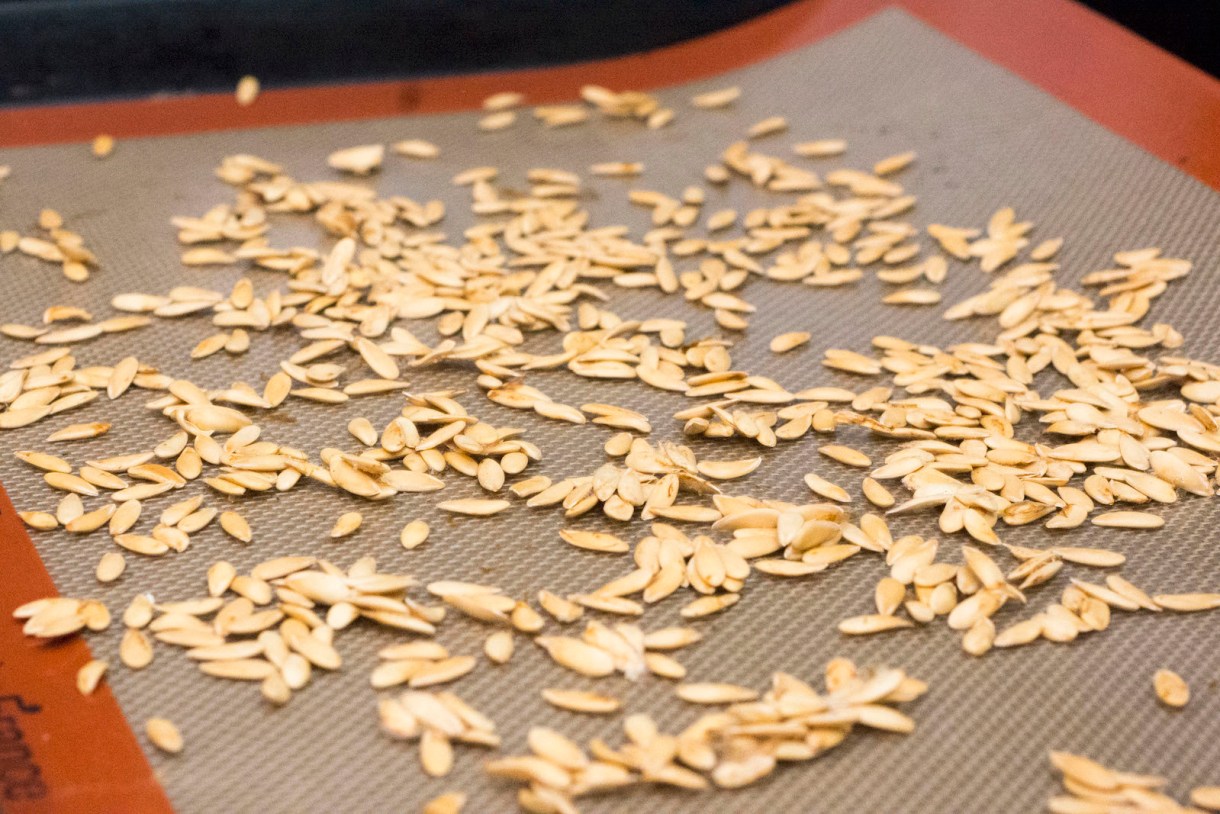 5. Let cool for a few minutes and pulverize in a blender until finely ground. 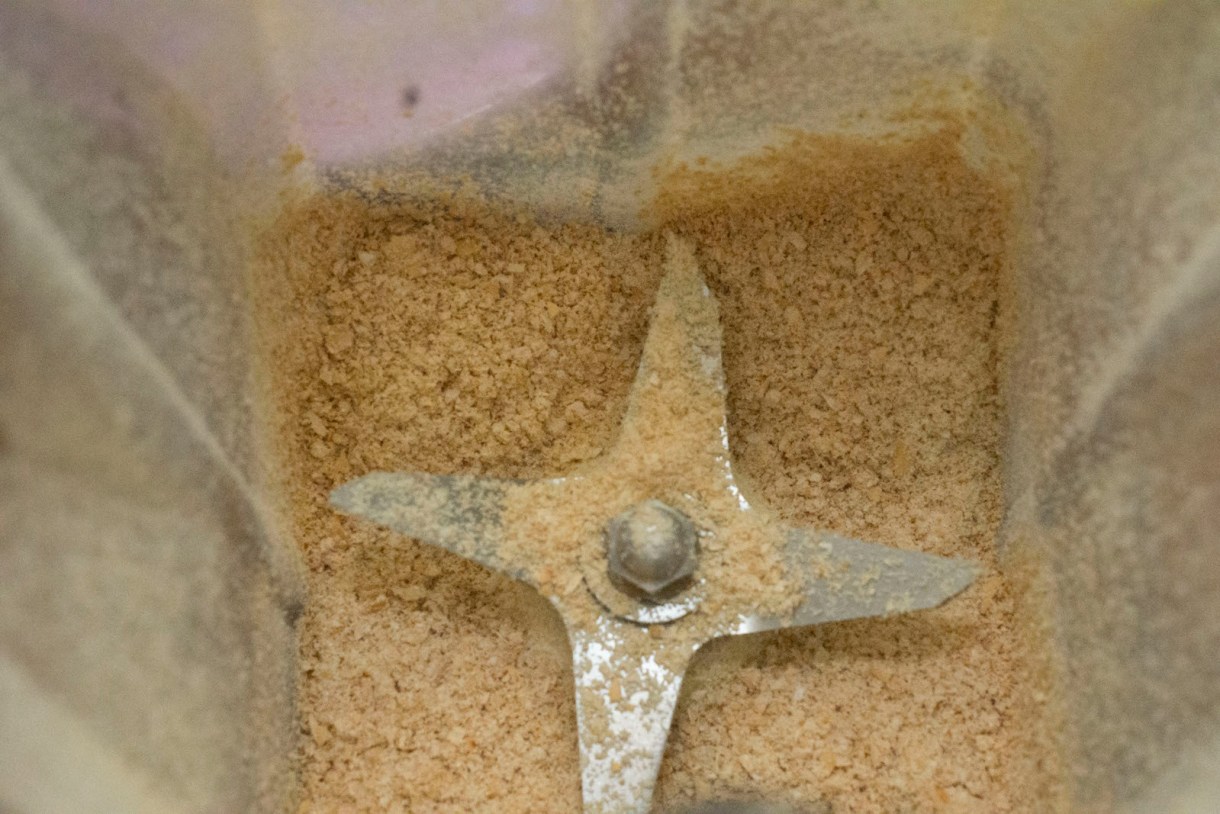 6. Wrap up the ground seeds into four layers of cheesecloth, creating a bundle tied with a clean rubber band or twine. 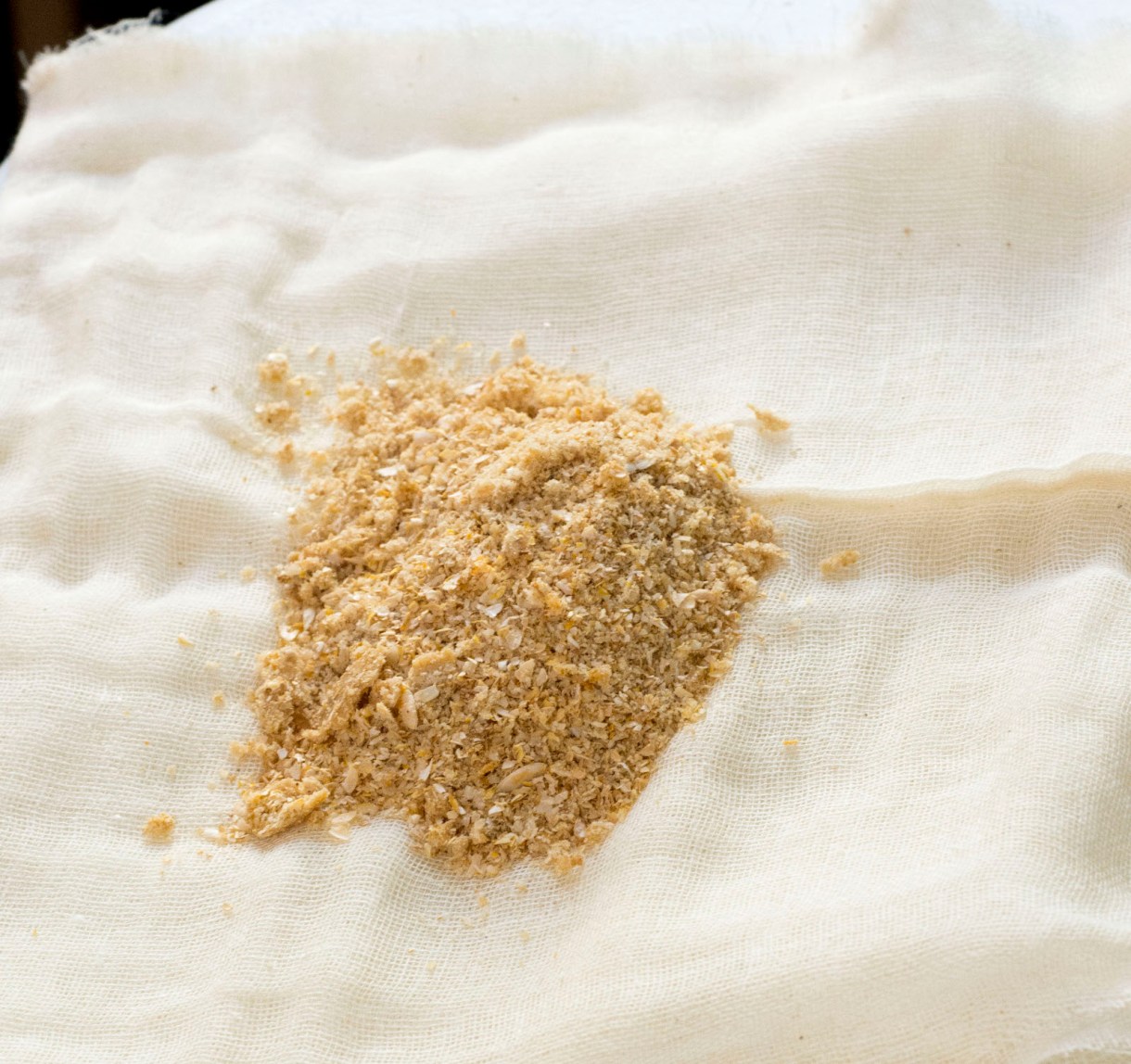 7. Fill a small jar with 1.5 cups of water and place the cheesecloth bundle into the water. Let the loose bits at the top hang outside and use the lid to hold it in place. 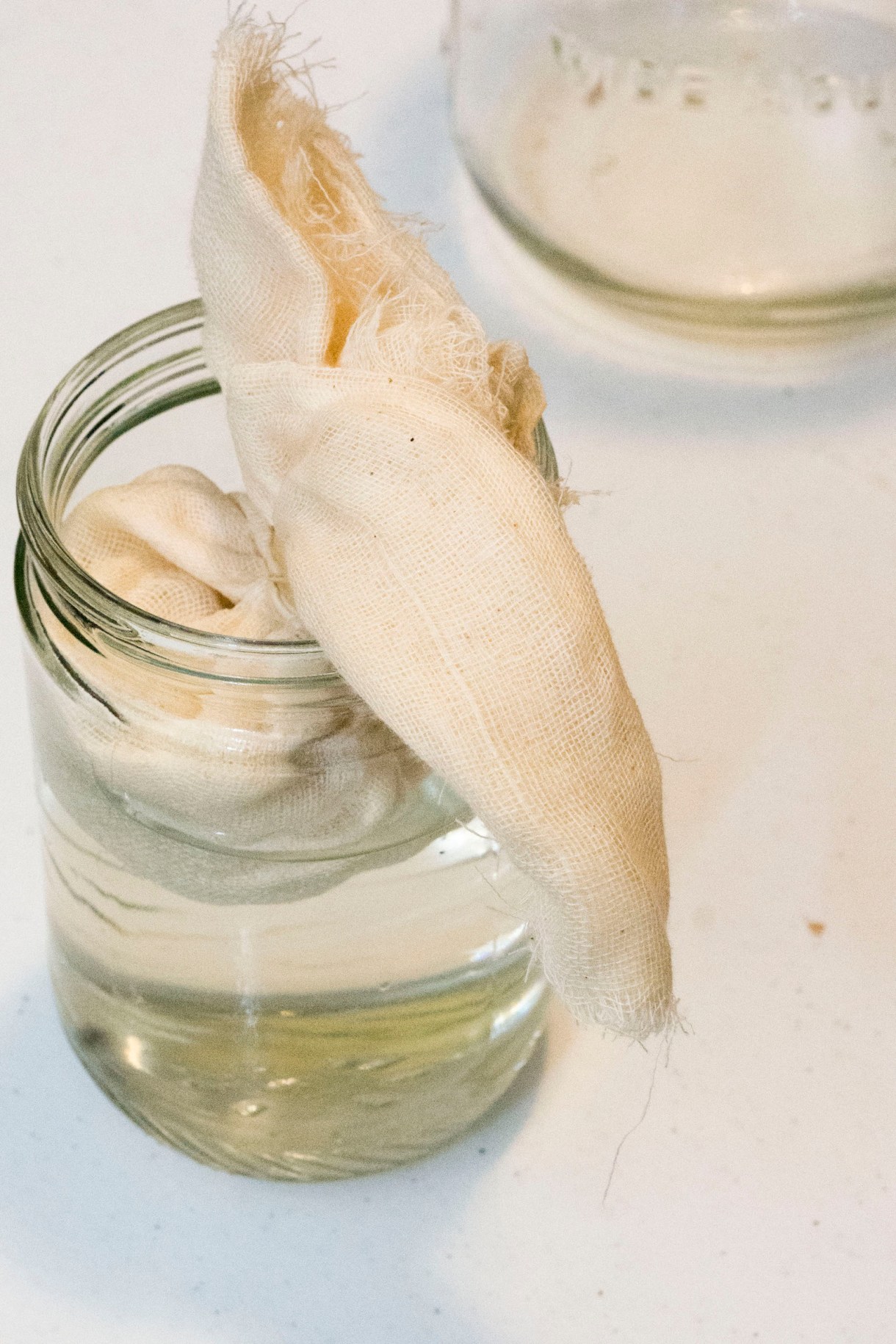 8. Let sit in the fridge for 24 hours (or more). I know, it’s a wait, Luna is also tired. The good news is that you and your cat both have time to sleep! I left one batch in for three days without straining it to see what happened and… it was exactly the same. This is a very forgiving recipe! 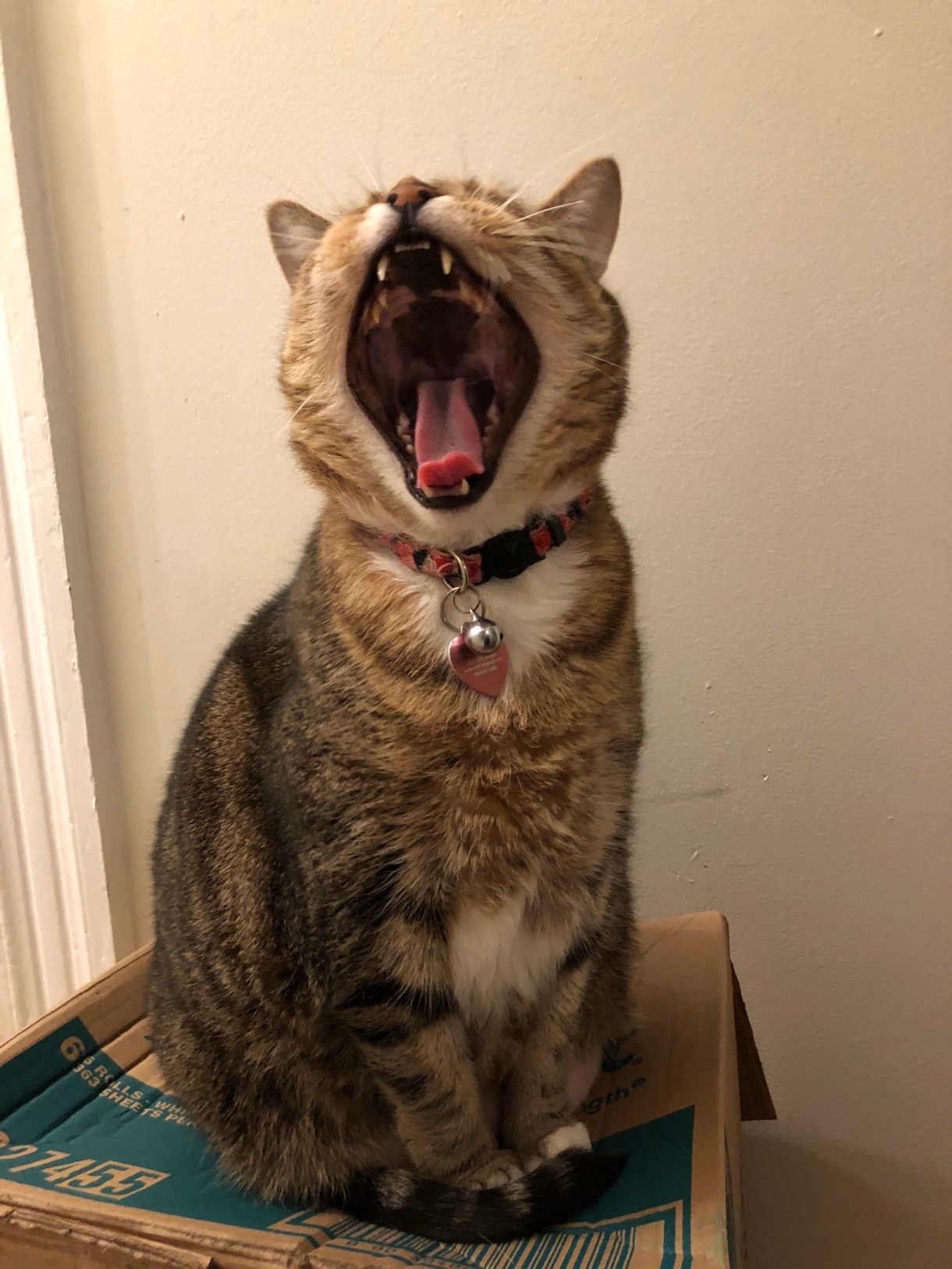 9. After 24 hours, squeeze out the cheesecloth to make sure all the deliciousness is released into the new milk. Put in a decent amount of effort at this step – a lot of the best flavor is locked away there. Use a wooden spoon to really put on some pressure, and then dip it back into the milk and squeeze it out again.

10. Add flavorings to taste – I found that about 1 teaspoon of sugar and 1 drop of rosewater were the best combination given 1.5 cups of water and 1 melon’s worth of seeds. Rosewater goes a long way – be careful! You can do one drop of vanilla instead, but be careful not to do more as it can easily overwhelm the flavor.

11. Enjoy! This can be sipped in small servings to break the fast, start the Yom Kippur evening meal, or at any time.

This year, Yom Kippur will start at sunset on October 8, 2019 and end one hour after nightfall on October 9, 2019, when you can see three stars in the sky.

Ari has written 1 article for us.