When I think of Orange Is the New Black, I first think of the way Laverne Cox is the most flawless woman ever to exist in the known universes. I then think about how the queue of queer women waiting to date Samira Wiley probably wraps around the moon by now. And finally I think of Piper Chapman and Alex Vause’s sexy-destructive chemistry and how probably it is going to get them both killed one day, but it sure is fun to hold my breath and watch the inevitable doomsday play out in the form of scissoring and yelling.

At no point when I am thinking about Orange Is the New Black does food ever enter my mind, so when Orange Is the New Black: The Cookbook landed on my doorstep, I was bamboozled. When I opened the package and saw a prison food tray inside, I was intrigued. When I cooked some of the things, I was hooked. The recipes — which include Pennsatucky’s Family Beer Can Bird, Red’s Chicken Kiev and Miss Claudette’s Easter Cake, just to name a few  — were compiled by Jenji Kohan and a handful of other OITNB writers and producers. And each recipe is written from the perspective of the character whose name is attached to it. 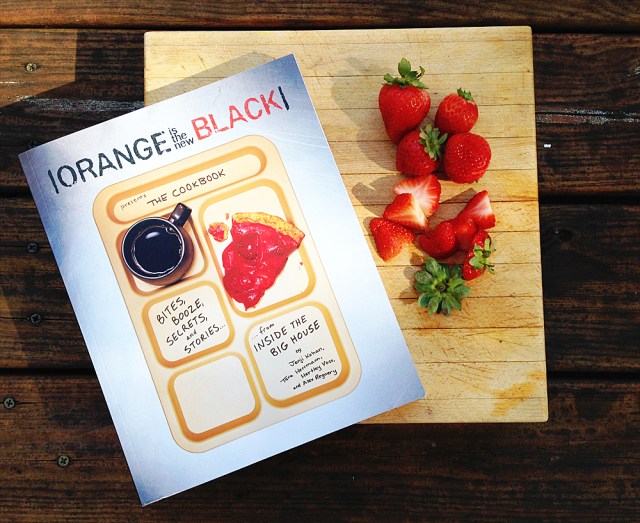 I* made a pie to throw for you. Crazy Eyes’s Exploding Strawberry Pie, to be precise. I also made Pete’s Pineapple-Marinated “Caribou” with Pineapple Salsa. And Big Boo’s Roasted Corn. I wanted to make Poussey’s Hooch, but I am visiting my grandparents in Georgia this week and making liquor in the basement didn’t seem like a really respectful thing to do.

(*My sister did the hard work. I just chopped the fruits and vegetables, mostly.) 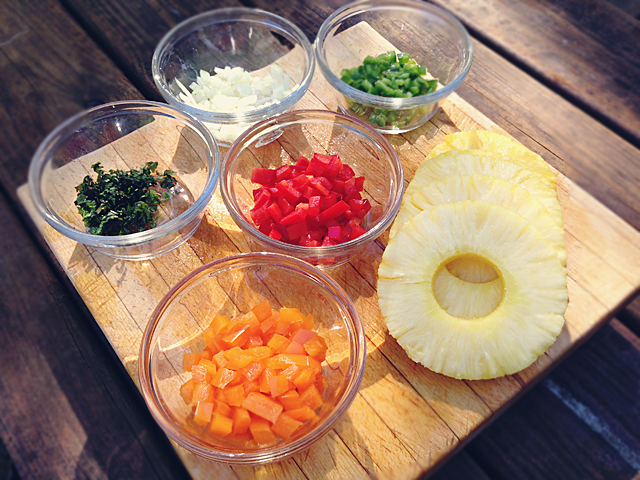 Who is Pete? Pete is Polly’s husband, the guy who went away on a safari or whatever after his baby was born, and so lame-ass Larry swooped in and had an affair with his best friend’s wife/ex-girlfriernd’s best friend. That guy. That’s Pete. I just wanted to make a recipe that gave me an excuse to shit-talk Larry, honestly. 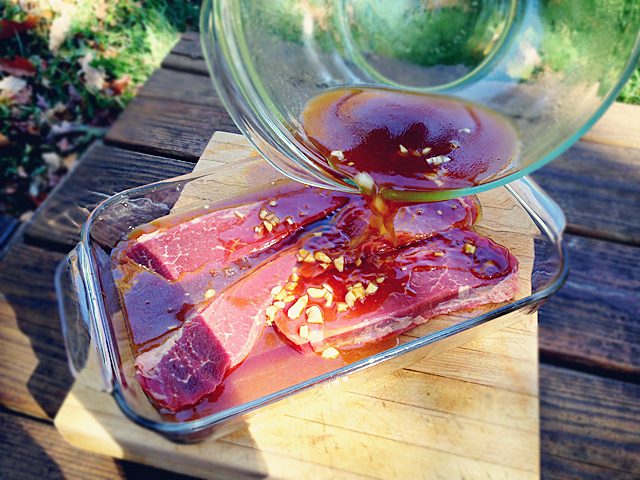 The Process
Take all of those marinade ingredients and whisk the heck out of them in a big bowl. Whisk and whisk until the not-liquid stuff is dissolved. Then you can either put the steaks in a giant Ziplock bag, massage all the sauce into the meat (after the bag is zipped), and leave the bag in the refrigerator for 24 hours. Or you can place the steaks in a glass pan, pour the marinade over it, cover it with plastic wrap and refrigerate it like that. I guess it all depends on how many Ziploc bags have exploded on you in the past. 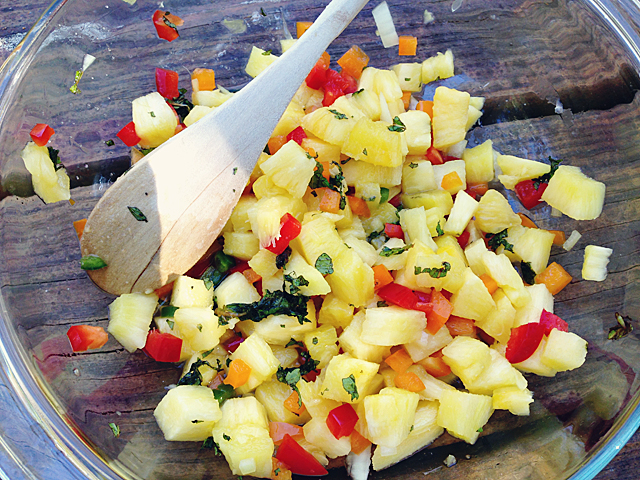 The Process
Mix all these delicious ingredients together in a bowl. You can use the salsa right away, but if you leave it in the refrigerator for a while, it will allow the flavors to rub all over each other and get more delicious. 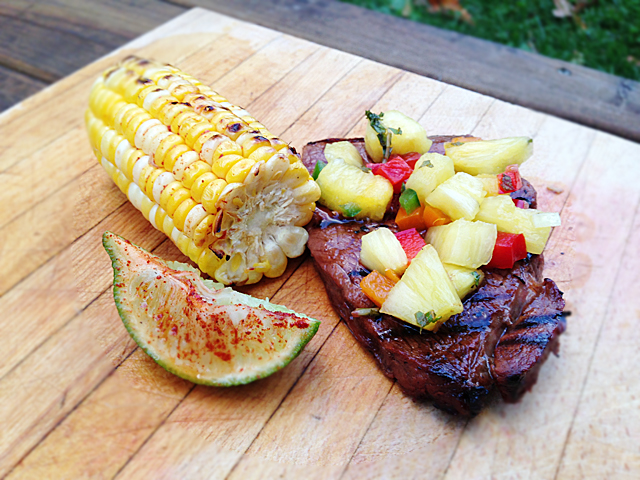 The Process
When it’s time to cook the steaks, grill them over an open flame because that’s the best way to cook all meats all the time. The rarer, the tenderer, the better. I don’t care if it’s winter time! Stand outside for ten minutes in a coat and deal with it! You know, or not. You can also cook the steaks on a cast-iron pan with peanut oil and butter (4-6 minutes on each side), and that’s pretty delightful too.

If you have any pineapple leftover from the salsa, throw that onto the grill!

Let the steaks rest for five to ten minutes after cooking and then spoon the salsa on top and serve it to your the people you love, or the people who just came over for dinner because they heard you were cooking.