Let me take a minute to talk about my passionate love-affair with Nutella. Believe it or not, I didn’t know Nutella was even a thing until around 2009, when my first roommate introduced it to me. Up until that point, my (sad) Nutella-free existence could be explained by the (sad) fact that my little brother is horribly allergic to hazelnuts, peanuts, different things that float in the air in spring, etc., so the family home was a Nutella free zone. But then I moved out and discovered not only freedom and lesbians, but also Nutella! My roommate and I became the best of friends because of Nutella (and, okay, wine). We’d sit in our tiny kitchen talking for hours and hours because ending the conversation meant putting away the Nutella; so instead we’d have Nutella on bread, Nutella on toast, Nutella on crackers, Nutella on rice crackers. What we didn’t know was that we had only skimmed the surface of the endless possibilities of Nutella. Yesterday, an Edmonton radio station posted a Nutella ice cream and popsicle recipe and I think it’s going to change my life. It will probably change yours as well. 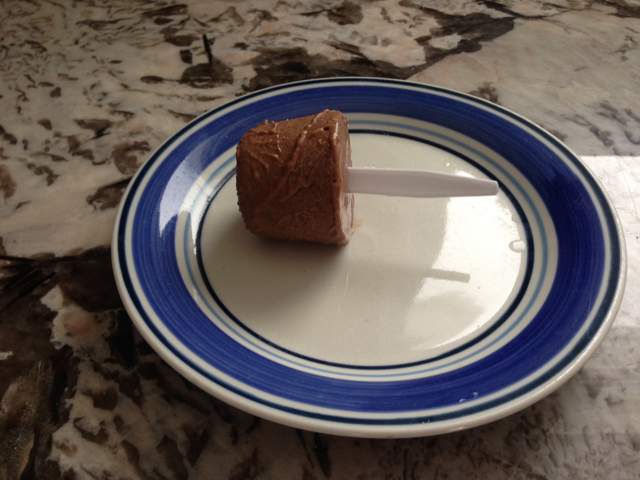 1 cup of Nutella
8 bananas (you don’t have to use 8 bananas. I used two bananas and yogurt and my smoothies/popsicles were still delicious; but for ice cream, 8 bananas is probably best)

1. Blend the bananas, the Nutella and the yogurt in a blender or food processor. 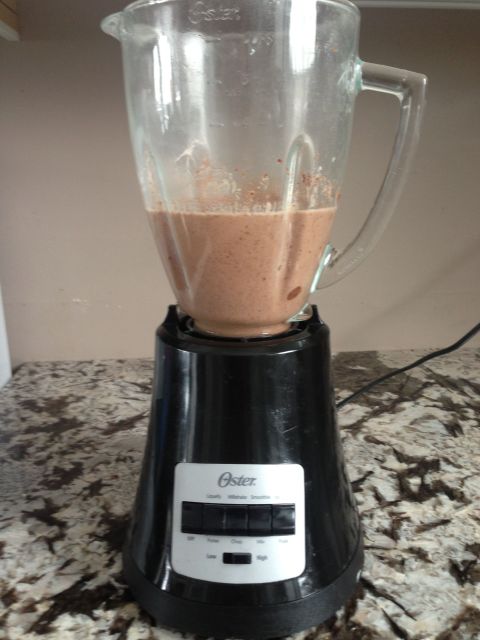 2. If you are only in the mood for a smoothie, congrats, you’re done! Drink up! If, however, you are craving popsicles or ice cream, please proceed to the following steps!

3. Pour the Nutella smoothie into a popsicle mould, or if you don’t have one, use little dixie cups. I broke up plastic knives to use as handles. Freeze! 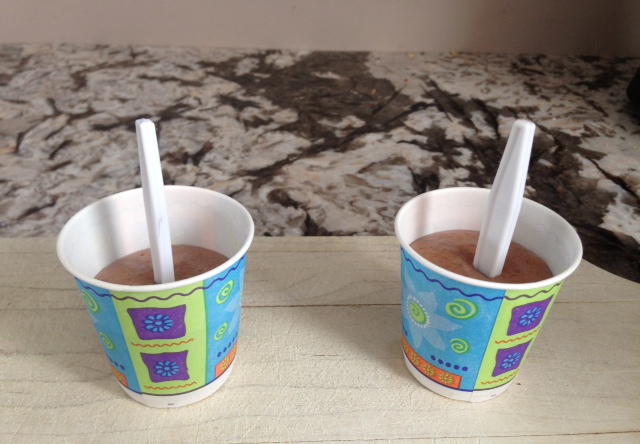 4. For ice cream, pour into a freezer-safe container, and wait until it freezes into ice cream! 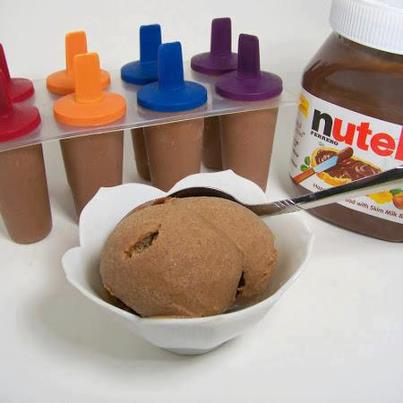