Some new research suggests that rooms plastered with Star Trek posters and comic books can turn women off of Computer Science!

Researchers made about 40 college students, both male and female hang out in a “neutral” room or a room decked out in geekery. The female students stuck in the nerd room endorsed less interest in Computer Science on a questionnaire afterward, while male students didn’t show any diff (that’s a null effect, bitches!).

I haven’t had a chance to read the actual publication yet, but i’m excited to see how they decided on what geek cues to use. That sounds like a fun methods section…like, which comic books? Why Star Trek?

Also, I’m fairly sure that Computer Science wasn’t the only geeky interest that they investigated, so I wonder what else was on that questionnaire? And what’s so unattractive about CompSci (is this an abbreviation? it sounds like CompUSA) after hanging out in the geek room? And what goes down in the geek room!? 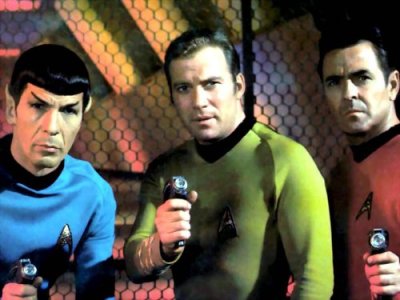 Maybe eventually we will understand the geek gender gap! Maybe it all hinges on interior decoration? Maybe the implications are confusing and only time (or a thorough reading of the publication itself) will tell! Probably the latter. I will def be reporting back with a far more enlightened perspective!

Until then, is this about women being turned off by dudely geek stereotypes? What do Star Trek and comics have to do with Computer Science? Am I stifling my potential by living in a room full of geek nonsense?What does it all mean?! Oh Social Psychology!