The ACLU is behind many of the changes gay students have seen in their school district over the past few years, most famously Constance McMillen’s queer prom case.  More recently, they also won a less heartwarming but still important victory in high schools — convincing a major web filtering company in California to drop categorizations that blocked students from accessing useful and important websites like GLSEN because they were “inappropriate.” 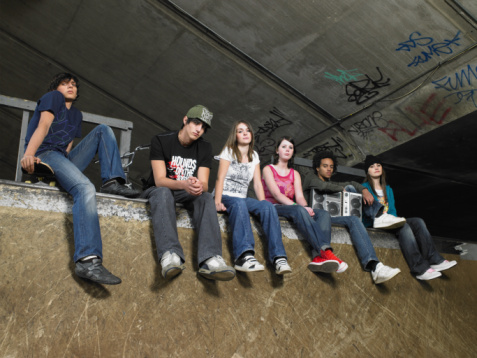 During that case, it came out that the web filtering the ACLU was opposing may not have been as malicious as it seemed; at least on the schools’ end of things, some of the websites may have been blocked due to mere technical incompetency.

“Many of these school districts had either activated the filter without realizing what it does or had activated it by accident,” [Joshua Block, the staff attorney for the ACLU’s Lesbian Gay Bisexual Transgender & AIDS Project], said. “I think that the vast majority of school districts are trying in good faith to protect their students and didn’t have any desire to discriminate against gay content. I think this really shows that these filters don’t really serve the needs of the clients and if anything they work against the needs of the client.”

But there are also cases where keeping queer teens from accessing knowledge about their own identities is exactly as purposeful as it looks. This week, the ACLU is specifically targeting a school district in Missouri that steadfastly refuses to remove the filters that keep their students from accessing LGBTQ resources.

The ACLU of Eastern Missouri legal director Tony Rothert said in a news release that every effort had been made to inform the district that its filtering software “illegally denies students access to important educational information and resources on discriminatory grounds.” Rothert added during a telephone interview that the district has unblocked a few websites but that dozens more remain blocked. Superintendent Tim Hadfield told The Lake Sun Leader last week that the district doesn’t feel its system of filtering Internet sites has violated students’ rights.

“We do specifically block sites that are inappropriate and will continue to do so,” he told the Camdenton paper.

The ACLU claims that the district isn’t just blocking sexually explicit content, but educational material as well. The appropriately-named Joshua Block of the ACLU’s Lesbian Gay Bisexual Transgender & AIDS Project says it’s illegal for schools to block material “just because they disagree with a group’s viewpoint.” What makes something inappropriate as opposed to undesirable from an educational standpoint? That’s something that will have to be decided in court if the Missouri school district doesn’t comply with the ACLU’s requests.

There are still other school districts whose ongoing issues with gay teens are even more pressing, in that they’re happening offline and in real life. In the Anoka-Hennepin school district — which is coincidentally (or not) represented by Michele Bachmann — there have been nine teen suicides in the past two years, and it’s officially been declared a “suicide contagion” area. Five gay students are now suing over ongoing gaybashing, which may have contributed to one of the aforementioned deaths. To most people, what the school district is accused of doing — overlooking and ignoring bullying of gay students, including serious physical violence — is clearly anti-gay. But the school district claims theirs is a policy of “gay neutrality.”

While district officials say they have implemented anti-bullying policies, they say schools must maintain a “neutral” stance on sexual-orientation issues to avoid offending area-residents who are divided on the gay-rights debate. The policy still allows teachers to discuss these issues in the classroom, officials add.

There are a few issues here. First, if the claims students are making are true — that they have “endured slurs, getting stabbed with pencils, pushed into walls, shoved into lockers and even being urinated on by classmates because of real or perceived sexual orientation” — then obviously the school district’s statement that it has anti-bullying policies in place is false, or is only being upheld for straight students. Second, when students’ safety and sense of self is in danger, where does anyone get off with a policy of “neutrality?” Neutrality has historically been the stance of a group or entity deciding whether to lend their support to something they’re unsure of: a war, a political dispute, a faraway issue that doesn’t affect them. But for a school district, there should be no wavering, no debate on this question. The student population is always something to support. There’s no sitting that one out. Supporting students — all students — is a school’s job. A policy of “neutrality” in schools is really a policy of backing away with hands raised, leaving kids to fend for themselves.

A new lawsuit against the Anoka-Hennepin school district levied this week by a lesbian student says that she was called “faggot” and “dyke,” and was punched in the stomach, but teachers and administrators did nothing to protect her after she reported the bullying.” It will likely be quite some time before a verdict is decided — but at least there will eventually be a decision one way or another, with no pretense of “neutrality.” 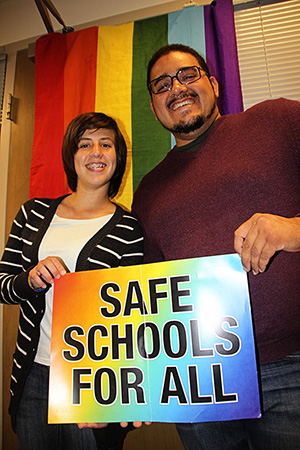