In a simultaneously inspiring and frustrating turn of events, the New Jersey State Assembly passed a bill legalizing gay marriage today — but it’s virtually certain that it won’t actually become law, because New Jersey governor Chris Christie has promised to veto it. 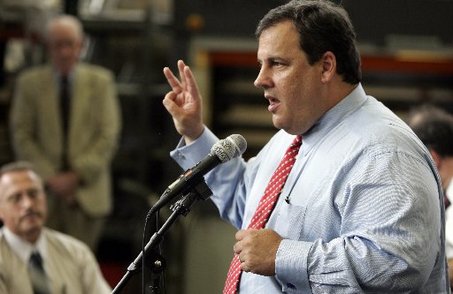 Christie’s intentions with regards to this bill have always been fairly clear. While New Jersey’s previous governor, a Democrat, had promised to support a similar bill in 2009, it didn’t make it through the Assembly. Now, in 2012, a bill that would accomplish the same thing passed the Assembly in a 42-33 vote, but there doesn’t seem to be any chance it will make it past the governor. A two-thirds majority would be required to block the veto, which neither chamber of the Assembly has. It would appear that 2012 is not the year that New Jersey will see marriage equality.

A staunch Republican and supporter of Mitt Romney, Christie is generally understood to have a bright future with the Republican party, and is a possible Presidential hopeful in years to come. Aligning himself on the right side of the culture war around gay marriage could be the key to some future campaign, and he’s not going to take a risk that may come back to haunt him down the road. What he wants to do, if given the option, is put the issue up to a vote, and allow a popular vote of New Jersey citizens to decide. This is problematic, of course, because putting the civil rights of a minority group up for a majority vote is inherently unjust — and also confusing, because New Jersey voters are generally supportive of same-sex marriage. More than anything, it would seem that  Christie doesn’t want the eventual fate of same-sex marriage in New Jersey tied to his name or political career — he’d like his hands clean of it altogether.

So if Christie’s been vowing to veto this bill since it was introduced — and he has — what’s the point of making an effort at all? No point at all, at least according to Christie:

On Tuesday, Christie called the push by Democrats to pass the legislation in the face of his veto threat a pointless form of “political theater” that is a distraction from the state’s more pressing problems. Once he vetoes the bill, “we can move on to the things in the state that people in New Jersey say are most important,” said Christie, giving lower property taxes and job creation as examples.

But New Jersey legislators, especially Democrats, feel differently — they’re making marriage equality a priority for this year. Maybe pushing through a bill that you know will be vetoed is “political theater,” but whether or not it’s pointless is a different matter. They’re still sending a strong message about the importance of equality and the responsibility they feel in terms of working towards it for their constituents. They’re also making a statement about civil rights by opposing a voter referendum; rights, by definition, are things that we have inherently, and that can’t be taken away by a vote.

If Christie does veto the bill, legislators have until January 2014 to get enough votes together for an override — 27 votes in the Senate and 54 votes in the Assembly. Hopefully by 2014, the landscape for marriage equality in New Jersey will look a little different — because he’s right, it is about what the people of New Jersey say is most important, and not what Chris Christie thinks.